"That’s Not Fair!" A Family Devotional 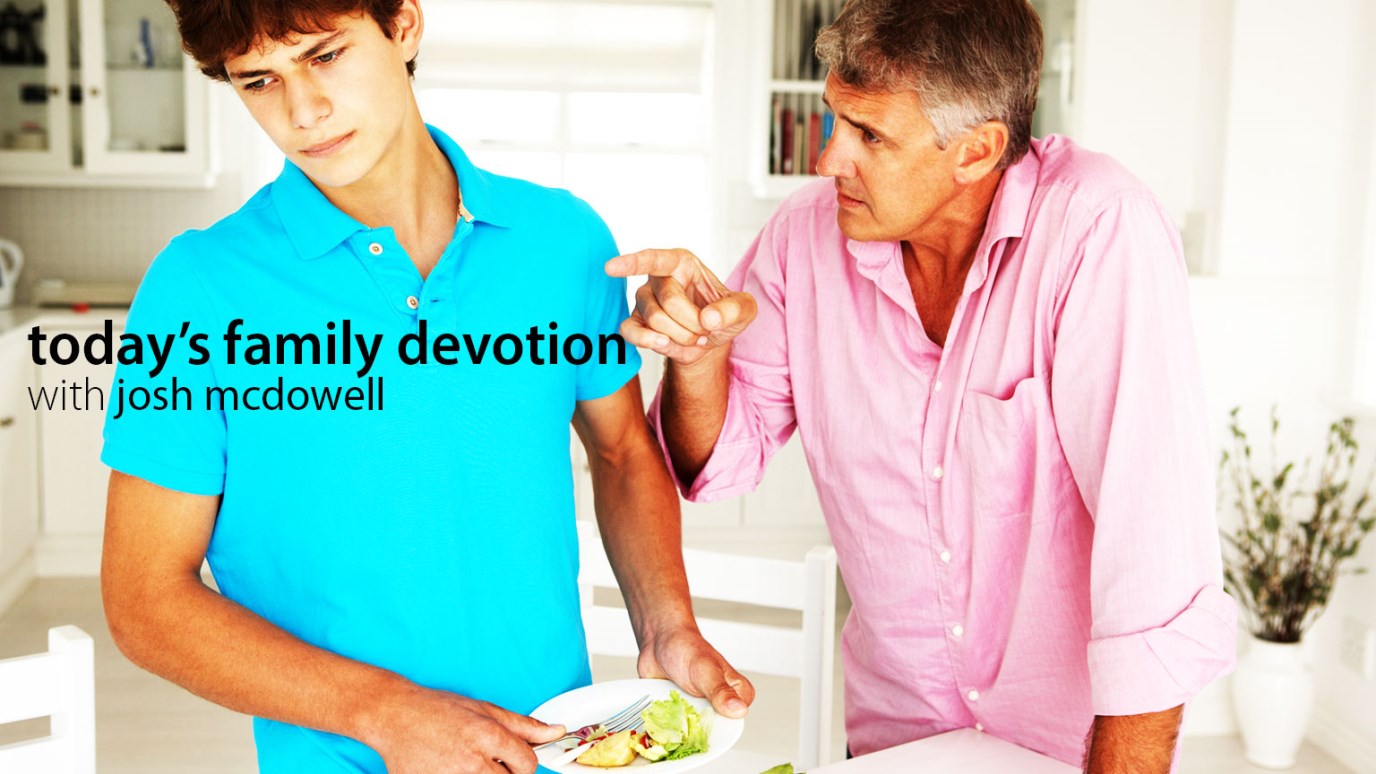 Help us, Lord, to value others by our just actions.

Acting justly protects us from guilt and provides us with clear consciences.

Verse of the Day: “[God] grants a treasure of good sense to the godly. He is their shield, protecting those who walk with integrity” (Proverbs 2:7).

“It’s your turn to do the dishes!” Joel protested to his older sister.

“Look,” Kathy said, “Evan’s going to be here any minute to pick me up for our date. I don’t have time to do them.”

“But that’s not fair!” Joel’s angry tone had turned to a whine. The doorbell rang.

“I don’t have time to argue,” Kathy said over her shoulder as she walked toward the front door. “Just do the dishes!”

Kathy cast one last look into the kitchen as she closed the door behind her. She saw her brother standing beside the sink, an angry look on his face.

He makes such a big deal out of everything, she told herself as she got into Evan’s car. It’s not like he can’t do the dishes to help me out just this once. I’ve done lots of things for him.

Kathy and Evan didn’t talk much on the drive to the movie theater. Her mind was still on her little brother’s frustrated form in front of the kitchen sink, which was piled high with dishes. He’s right, it’s not fair, she thought. I should have done the dishes instead of talking to Brittany on the phone after dinner. She began to feel guilty, but shrugged it off. I’ll apologize to him later.

She said nothing to Evan as they got in line to buy tickets at the theater. She still couldn’t shake her feelings of guilt over the way she’d treated Joel. Finally, she couldn’t stand it anymore.

“Wait,” she said just as they arrived at the ticket counter. “I need to go home.” She quickly explained the situation to him and was relieved that he seemed to understand.

As soon as she arrived home, Kathy announced to a shocked Joel that she was going to do the dishes. “And,” Kathy added, “I’ll do the dishes tomorrow night, too.”

“Don’t push your luck,” Kathy said, as she pointed the sink sprayer in her brother’s direction.

TO DISCUSS: Have you ever felt guilty for treating someone unjustly? How can treating others fairly “fill you with joy”? How can acting justly give you a clear conscience?

TO PRAY: “Help us, Lord, to value others by our just actions.”

A Tale of Two Sons
Dr. Stephen Davey
Have you ever asked, "Why, God?"
Emily Manke
Follow Us
Grow Daily with Unlimited Content
Uninterrupted Ad-Free Experience
Watch a Christian or Family Movie Every Month for Free
Early and Exclusive Access to Christian Resources
Feel the Heart of Worship with Weekly Worship Radio
Become a Member
No Thanks