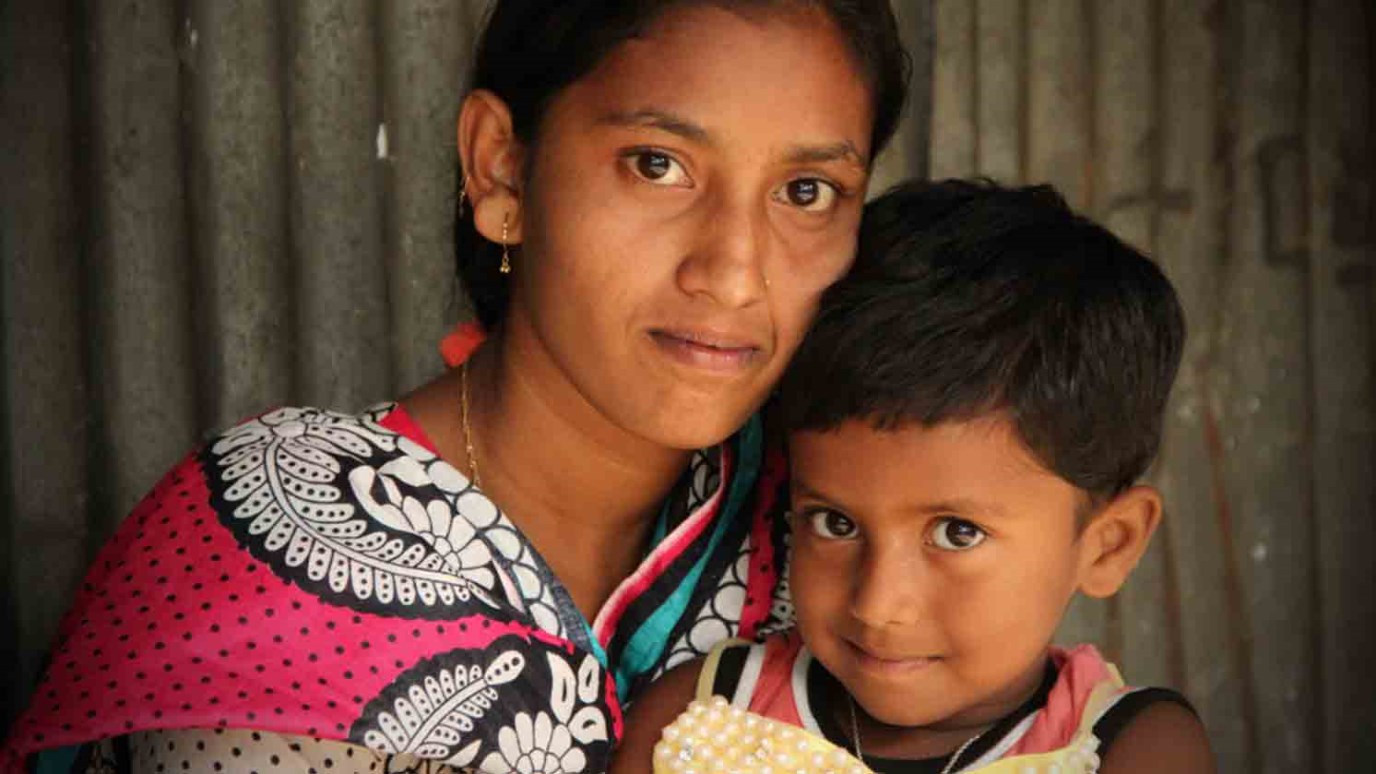 Hamida, 21, thanks God for a second chance at life and the joy of motherhood.

“I was in pain. It was very shocking for me,” says Hamida Khatun, recalling her childhood. “I didn’t know why it was happening to me. I couldn’t play like other children. It hurt when I ran and carried heavy things. And the pain in my chest was worse at night.”

Hamida is the first daughter of Abul, a casual laborer, and Rebecca, a housewife, from Sadhapara, Savar, a district to the west of Dhaka, Bangladesh.

The family’s monthly income was not enough to meet their basic needs, so Hamida, who has one brother and sister, was first sponsored by World Vision at the age of 13.

She was reasonably well during her annual health check-up in April 2005, but just one month later she began complaining of coughs, fevers, and chest pain before her health deteriorated seriously.

Her mother says: “We couldn’t bear the pain of our little daughter any longer, so we took her for treatment at local hospitals, but her condition didn’t go away. When she was taken to the National Institute of Cardiovascular Diseases, and a hole in her heart was discovered.

“My child was suffering, but the doctors refused to treat her, saying treatment wouldn’t work anymore. We pleaded with them, but they refused and told us to give her last meals. I was scared and utterly heartbroken.

“We sold some of our land and property for treatment for our daughter and were ready to sell our house too, but the doctors turned away our appeals. We had to return home with our sick daughter.

Then World Vision stepped in to help. They took Hamida to doctors at the National Heart Foundation in Dhaka who prescribed medicine and advised her parents to first build up her Hamida’s strength with nutritious food, then to bring her back for heart surgery.

For Hamida and her parents, 8 September 2005 was very special. On that day, Hamida underwent heart surgery, after which she gradually recovered to full health.

She is one of more than 22,000 patients treated under World Vision’s social welfare outreach program in Bangladesh.

At 21, Hamida married and now has a daughter named Lamia Mim.

“May the Almighty Creator bless the people who helped me get back my life,” says Hamida.

“I can do all the jobs I need to now. I can help my parents, husband and in-laws like anyone else. Maybe it wouldn’t have been possible if World Vision hadn’t supported my medical treatment. I pray that many children will be cured with World Vision’s help and get the opportunity to enjoy their lives like me.”