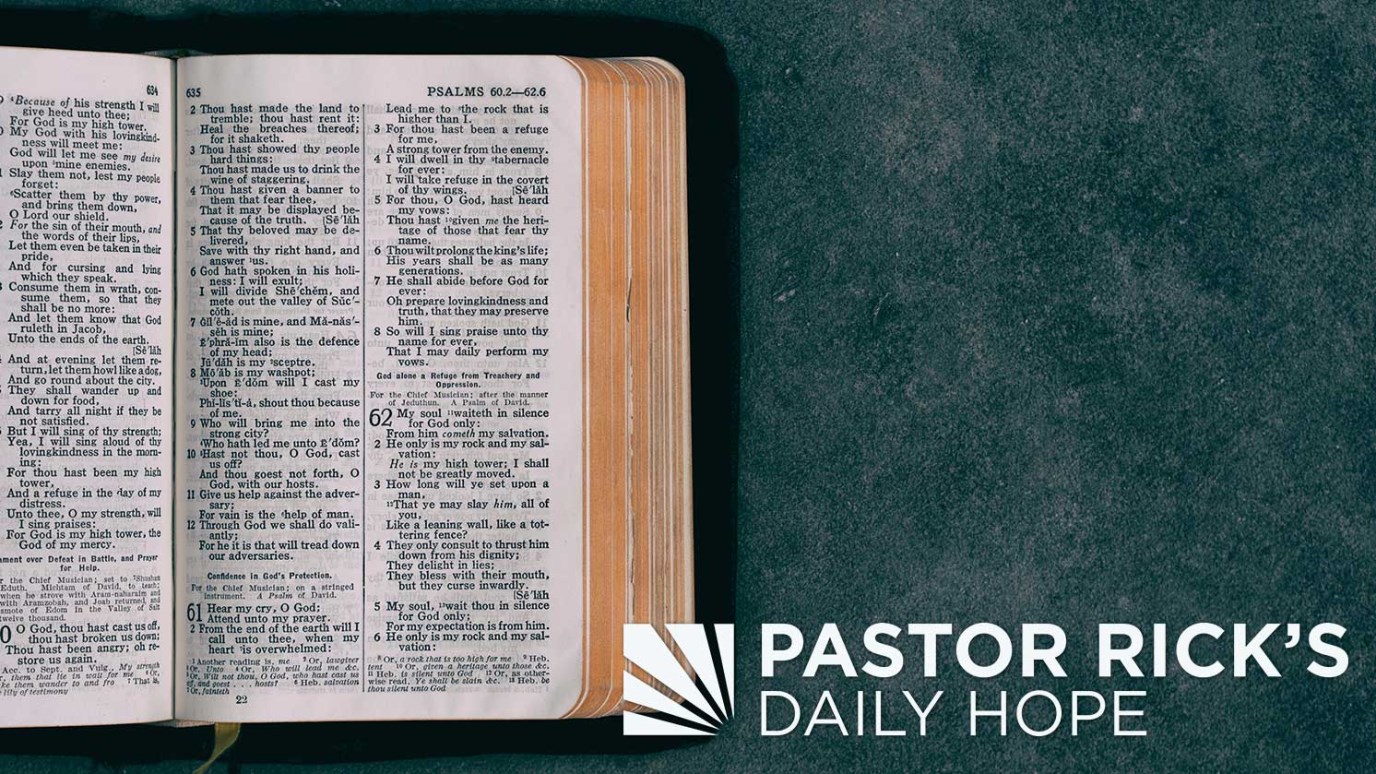 If you’re going to become a woman or a man of faith, then you have to change the way you talk. You have to announce it in order to experience it!

“[God] speaks of future events with as much certainty as though they were already past.” (Romans 4:17 TLB)

There is enormous power in your words. If you’re going to become a woman or man of faith, then you have to change the way you talk. You have to announce it in order to experience it.

Sometimes speaking in faith appears totally foolish, arrogant, and totally out of touch with reality to people who don’t understand faith. Abraham knew about this. God came to Abram one day and said, “Abram, I’m going to change your name from Abram to Abraham.” Abraham means “the father of a great nation.”

There was only one problem: Abraham was 99 years old, and he had no kids. He was probably ruthlessly ridiculed for his name. But God says that we don’t live in the world of human reality. We live in the world of spiritual reality, and we see it not as it is but as it can be, as it should be, as God wants it to be.

Romans 4:17 says that God “speaks of future events with as much certainty as though they were already past” (TLB). That’s called speaking in faith — you announce it in order to experience it.

For example, you could say to someone, “You’re a lousy father. You don’t spend any time with your kids because your career is more important.” But when you label somebody, you reinforce it. Instead, you can say, “I see in you the potential for greatness. If you would let Jesus Christ take control of your life, you won’t be perfect, but you can become a godly man of character that your kids admire.” That’s the kind of talk that motivates change!

A Call to Commitment
Dr. Charles Stanley
Follow Us
Grow Daily with Unlimited Content
Uninterrupted Ad-Free Experience
Watch a Christian or Family Movie Every Month for Free
Early and Exclusive Access to Christian Resources
Feel the Heart of Worship with Weekly Worship Radio
Become a Member
No Thanks