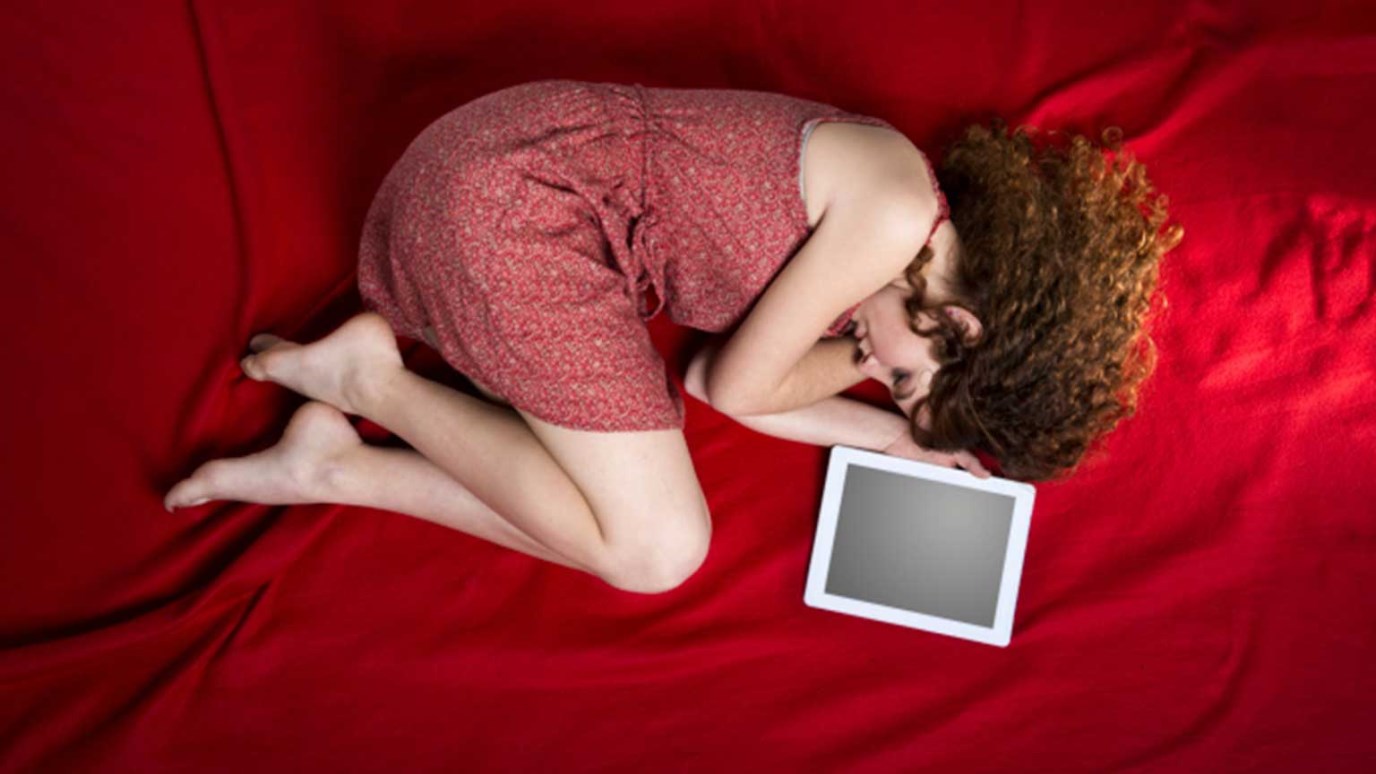 Jen Ferguson looks at why pornography preys on anyone and everyone who will give it a second glance.

I’m normally mesmerized by the landscape when I’m running in Texas in April.  Beautiful wildflowers stretch themselves toward the sky.  Bright blues, yellows, oranges, and reds take my breath away even though they’ve been a part of my life since I was five years old.

That day in April, I was running and admiring when something of a different nature caught my eye.  Honestly, after I saw it, I said to myself, “That must have been a Victoria’s Secret ad.”  I meant to jog on by because who wants to carry trash with them on a run?  And jog on by I did until I heard God whisper in my heart, “Go back.  Pick it up.”

So I turned around, started back up the hill, and picked up the piece of paper that littered the sidewalk.  Upon further inspection, I quickly discerned this was way worse than a VS ad.  Although the size and shape was not much bigger than a baseball trading card, it carried enough weight to possibly ruin a boy’s life.

You might think I’m exaggerating but my husband found his first piece of pornography stashed in the woods of his neighborhood.  And that one glance had enough pull to keep him coming back to it in some form or fashions for years to come.  Here, on the sidewalk, across from the junior and high school, were two pictures of two girls, with two phone numbers that promised satisfaction like they had never felt before.

I stashed the card in my runner’s pocket and when I got home, I shredded it into as many pieces as I possibly could.  Bit by bit, I prayed for the two women who revealed themselves on a discarded piece of paper.  I prayed for the boys who had already seen it and for those who were spared…this time.

We can teach them that God wants more for that girl/boy/woman/man on the screen.

We can teach them to look away and then pray…for themselves, for their friends, for the people in the industry.

We can teach them to ask God to remove the image from their minds.

We can teach them that sex isn’t for everyone to see and if they are watching it, they are robbing themselves of what sex is intended to be.  It can be so much more beautiful than how the world portrays it to be.

These conversations are hard conversations and not all the words may come out the right way, but it is important that the words do come out, that we open a dialogue with our kids so they feel safe telling us what the world has handed to them that day.

The Connection Between Happiness and Self Control
Dr. Tim Elmore