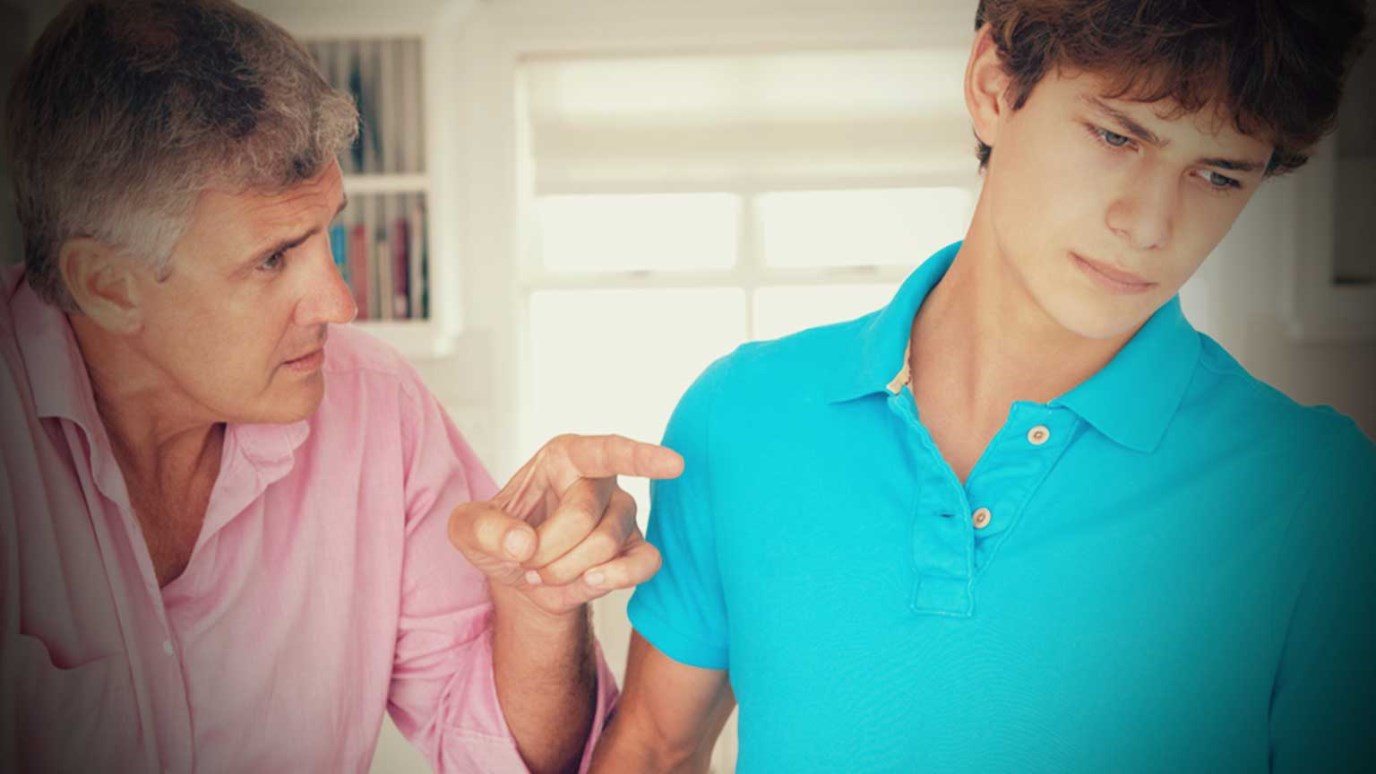 Are you struggling with a teenager who seems to have put up walls of protection around themselves? Their overactive emotions may not be to blame.

If you hadn’t noticed, teenagers are in an overactive state of emotion most of the time. It doesn’t take much to bring them to the point of exasperation. They can only take so much pressure before they shut down or act out of frustration or anger instead of clear or right thinking. Sometimes they’re provoked to the point of putting up walls of protection around themselves.

“An offended brother is more unyielding than a fortified city and disputes are like the barred gates of a citadel.” – Proverbs 18:19

Does it seem that your child is like a fortified city, a citadel with barred gates? In other words, nothing you say or do is getting through to them? Or, perhaps they respond only with bitterness and resentment?

I can see how some kids fall into patterns of bad behavior. I’m not saying they are right in their chosen ways of rebellion, anger, or self-destruction. But in some ways I can understand it, especially when the atmosphere at home is tense or disrespectful because of a provoking parent.

For instance, sometimes a parent has a problem with anger, or vents frustration with work, finances, or other disappointments in life on their child. Or, in an effort to control the situation and their teen, clamp down on the rules so hard that no one in the relationship can move or breathe.

When a teenager is provoked to exasperation by a parent, it’s an invitation for them to become angry, and garner resentment. Teens are still too immature to handle it properly. Fact is, some never get over a mean or demeaning parent, even in later years of life. The seeming unfairness of their parent’s poor performance can wound deeply, and they can either react explosively or clam up and hide. In either case, walls go up, and the child becomes like a barred fortress.

I’m not talking about momentary parental lapses here. If you are going through a struggle with your teenager right now, I guarantee there will be moments when you will not handle matters well. Even the best parent may “lose it” every now and then.

Instead, I am referring to a parent who has an ongoing problem losing it… of punishing and demeaning a child with destructive or negative words, who may or may not recognize it, and the child ends up in a perpetual state of anger and bitterness as a result.

Scripture offers these tips to avoid provoking a child…

Be the Adult in the Heat of an Argument
“A gentle answer turn away wrath, but a harsh word stirs up anger.” – Proverbs 15:1

Avoid Teasing or Inappropriate Joking
“Like a madman shooting firebrands or deadly arrows is a man who deceives his neighbor and says, â€˜I was only joking’.”- Proverbs 26:18

Don’t Make Rash Comments
“Reckless words pierce like a sword, but the tongue of the wise brings healing.” – Proverbs 12:18

Avoid Being Overly Critical
“The tongue also is a fire, a world of evil among the parts of the body. It corrupts the whole person, sets the whole course of his life on fire…” – James 3:9

Don’t Give an Answer Before First Listening
“He who answers before listening, that is his folly and shame.” – Proverbs 18:13

Don’t Withhold Wise Counsel
“Perfume and incense bring joy to the heart, and the pleasantness of one’s friend spring from his earnest counsel.” – Proverbs 27:9

Don’t Make Insensitive Remarks
“Like one who takes away a garment on a cold day, or like vinegar poured on soda, is one who sings songs to a heavy heart.” – Proverbs 25:20

Don’t Jump to Wrong Conclusions
“A fool finds no pleasure in understanding, but delights in airing his own opinions” – Proverbs 18:2

You may discover that it is at least partly your fault that things are headed in the wrong direction with your teenager. But, don’t despair. Identifying the problem is half the battle. Seeking forgiveness and asking for help is the other half. Your teen may be like a fortress with high walls and a locked gate — impenetrable, but it doesn’t need to stay that way.

So, ask yourself, are the answers given at your house gentle, truthful, humble, and delivered with kindness, understanding and wisdom? Are you considerate of the feelings of everyone you live with, including your sometimes-frustrating teenager? Are you teachable, sensitive, and a good listener?

I recently witnessed an entire family break down and sob when the father asked each member to forgive him for the way he’d handled himself in their relationship. He repeated his request with intensity and emotion. It was a humble, sincere apology, and a good step toward healing the resentment of his children. Every heart in the room melted.

Will you take responsibility for steering your home in the right direction, fostering positive emotions, and mutual respect? Start by identifying where you have been wrong, and seek forgiveness from those you have offended. Start today.

A Sense of Significance
Josh McDowell