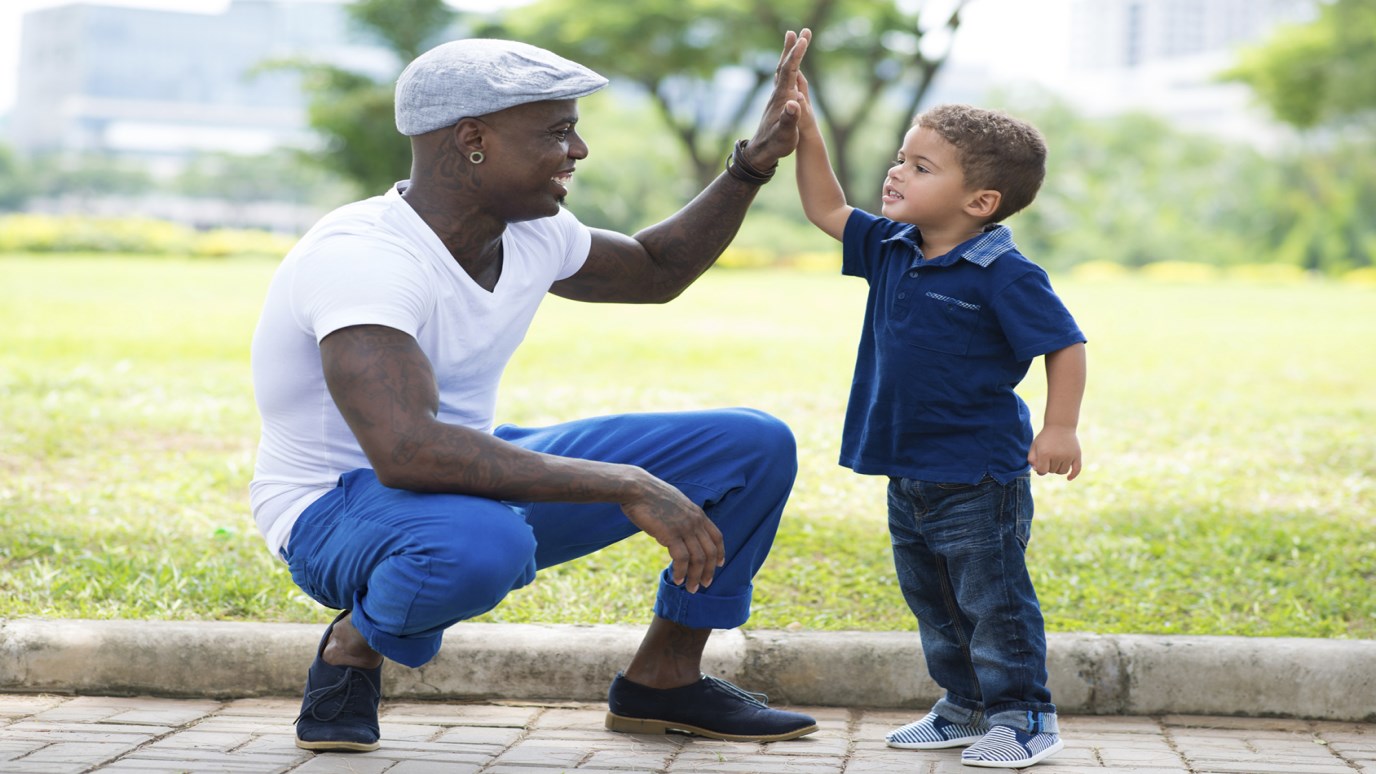 The National Center for Fathering shares helpful tips for communicating with young children that could make a big difference in their behavior—and in the long run, in your relationship with them.

You can talk, but will they listen?

Researchers say that "the amount of language directed to a child [is] perhaps the strongest indicator of later intellectual and linguistic and social development."

Sounds great. But what about real life? Sometimes we dads can get pretty monosyllabic and ineffective. We say "Don't do that," "Pick up your toys," "What's the magic word?" We don't want to communicate, we just want cooperation. Let's look at some ways to increase the chances that your child hears you and responds.

First, give information more than thoughts or feelings. For example, instead of saying, "I've told you a hundred times not to jump on the couch!" try simply, "Couches are not for jumping on." Sometimes even a one-word statement, like, "Pajamas!" will get a better response than a drawn-out explanation about why it's time to start getting ready for bed.

Second, children often need specifics. Saying, "Clean up your mess" is vague. Let them know exactly what you expect.

Third, mean what you say. There are some common parenting pitfalls in this category. One of them sounds like this: "Can you please help clean up your room?" It's asking a question or offering a choice when there's really no other option.

Or, then there's the classic scene that you see on a regular basis at the grocery store. A dad says, "No," to a misbehaving child, and then doesn't follow through. Does the child stop? No way. Idle threats only teach the child to continue disobeying. Or, worse, a dad keeps repeating the same command over and over, which, first of all, insults the child's intelligence, and teaches him to not obey until the fourth or fifth time.

Finally, accentuate the positives. Kids often just want our attention, and if they can get it for good behavior, they may not resort to bad behavior. And be specific with praise. A repeated phrase like, "Great job" is good, but over time it can lose its impact. Try, "Wow, did you put all your blocks away by yourself?" It's more satisfying, and it could lead to more conversation.

These ideas are pretty basic, but a few adjustments here and there could make a big difference in their behavior—and in the long run, for your relationship with them.