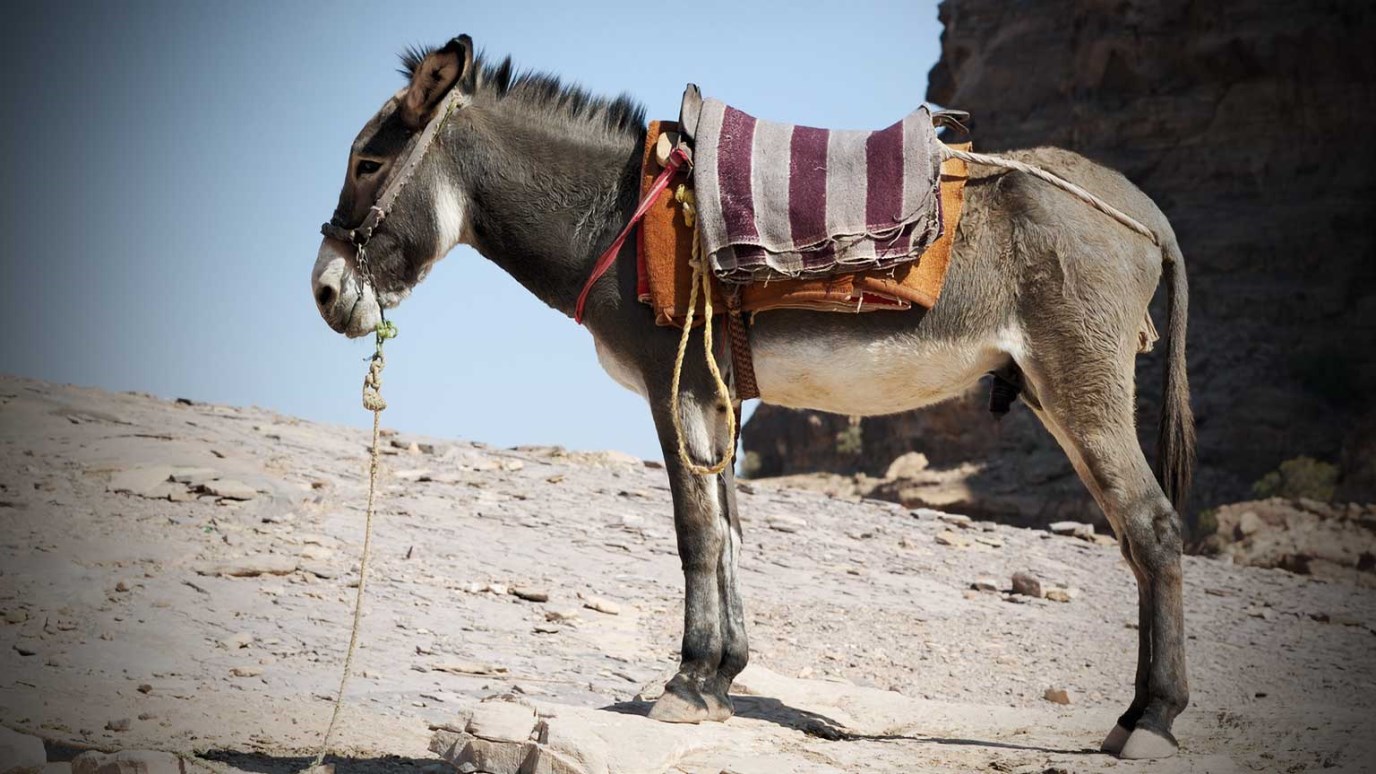 God’s message is so important that he will do whatever it takes to make sure people understand—even once using a talking donkey to get a prophet to listen.

Everybody loves Donkey from the movie Shrek. He’s goofy, happy, and kind to Princess Fiona. The problem is that Donkey never stops talking! He talks so much it drives Shrek bananas, especially when he’s trying to tell Shrek the truth.

Most people think talking donkeys are only in animated movies. Did you know that the Bible has a story of a real talking donkey? It sure does.

In Numbers chapter 22, the Bible tells of a prophet named Balaam who could be bribed to say just about anything, so a prince sent him to curse the Israelites. As Balaam traveled on his donkey, God was angry—nobody gets to curse his people—and sent a “Messenger of the Lord” to stop Balaam. The donkey could see the Messenger and refused to keep walking. This happened three times, and each time Balaam hit the donkey to get it to move.

“Then the Lord made the donkey speak, and it asked Balaam, ‘What have I done to make you hit me three times?’ Balaam answered, ‘You’ve made a fool of me! If I had a sword in my hand, I’d kill you right now.’ The donkey said to Balaam, ‘I’m your own donkey. You’ve always ridden me. Have I ever done this to you before?’ ‘No,’ he answered. Then the Lord let Balaam see the Messenger of the Lord who was standing in the road with his sword drawn. So Balaam knelt, bowing with his face touching the ground” (verses 28-31).

That’s when God told Balaam, “Speak only what I tell you.” And Balaam listened.

God’s message is so important that he will do whatever it takes to make sure people understand—even once using a talking donkey to get a prophet to listen. You won’t ever see a talking donkey (unless it’s on TV, that is), but God is still serious about making sure people tell the truth about Him and His Word.