Taking the Sting Out of Malaria 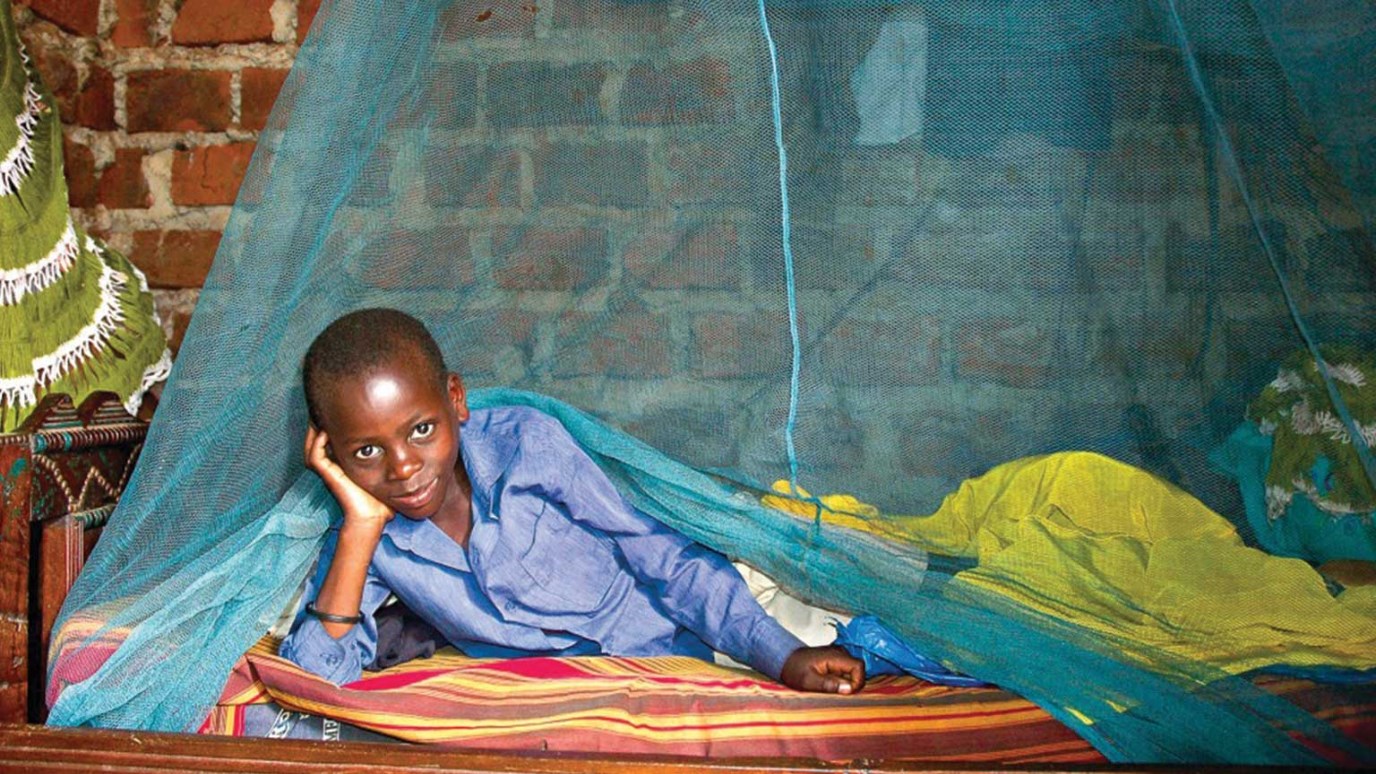 The World Health Organization estimates an African child younger than 5 dies every 45 to 60 seconds from the disease. Today, the tools to combat malaria around the world are better than ever.

Eight-month-old Elkana Ptiyos, sick with malaria, cries uncontrollably as he struggles to pull off an intravenous needle fastened to his tiny wrist. Elsewhere in this crowded clinic in Kenya’s West Pokot region, hundreds of children, two to a bed, struggle for their lives.

“Ours is more of a calling to serve the community than a mere occupation,” says Collins Chamer, one of the nurses who runs the clinic. “We work day and night.”

Grim scenes like this play out in thousands of clinics throughout Africa. Malaria is the third-largest killer of children on the continent. The World Health Organization estimates an African child younger than 5 dies every 45 to 60 seconds from the disease.

A few years ago, statistics like these launched bold plans—plans that would not only bring the disease under control, but would eliminate malaria entirely. In 2008, the Roll Back Malaria Partnership—comprising numerous humanitarian organizations, including World Vision—unveiled a Global Malaria Action Plan. Today, because of this joint plan, the tools to combat malaria around the world are better than ever.

One of the most effective ways to tackle malaria is insecticide-treated bed nets. World Vision’s initiative ensures millions of children and their families have access to these nets.

Because World Vision already has a long-term presence in many affected communities through ongoing development work, staff members have earned the community’s confidence and are able to effectively mount regular checks and training sessions to ensure nets are properly used.

More than 2 million nets already are distributed in malaria-stricken Zambia, Mozambique, Kenya, and Mali. Millions more are planned for these and other African nations. Preliminary results are encouraging. When nets are used correctly, as they are in Kenya’s Loima district, malaria cases decline by 73 percent in the first months of net use.

Rose Craigue, a World Vision health specialist, says nets are not just a temporary fix. Each net contributes to the global effort to eliminate malaria. Rose confidently predicts that with an adequate supply of nets and community education, malaria cases will continue to fall, far exceeding targets.

Although nets have served mosquito-infested regions for decades, a revolutionary development was introduced in the 1980s when insecticide was added to the nets. Now the nets provide not only a barrier to malaria-transmitting mosquitoes but kill the insects on contact as well.

In recent years, scientists have developed ways to impregnate nets so that the insecticide steadily migrates to the outer layer, replacing insecticide lost at the surface. These treated nets can withstand repeated washing and remain effective for several years. The insecticide embedded in the nets is considered among the world’s safest and is not toxic to humans unless ingested in very large amounts.

As the nets repel and kill mosquitoes, the local mosquito population declines. When community net coverage exceeds 80 percent, even those without a net obtain a protective benefit.

Even so, Rose warns that simply handing out nets is insufficient. Education is necessary. Community members who do not understand the importance of using the nets correctly are more likely to use a bed net for other purposes, such as a fishing net or a wedding dress.

“When you are trying to introduce something new to people, you need credibility,” says Rose, “and we already have that credibility.”

Pray for community health workers and interventions. Those who work in rural health centers are often the only source of medical care for local families. They regularly face long hours, large patient loads, and under-equipped facilities. These dedicated servants need strength, wisdom, and refreshing. As health interventions are introduced, such as insecticide-treated bed nets, we pray they will produce the desired effect—no more malaria in communities.