Taking It to the Streets 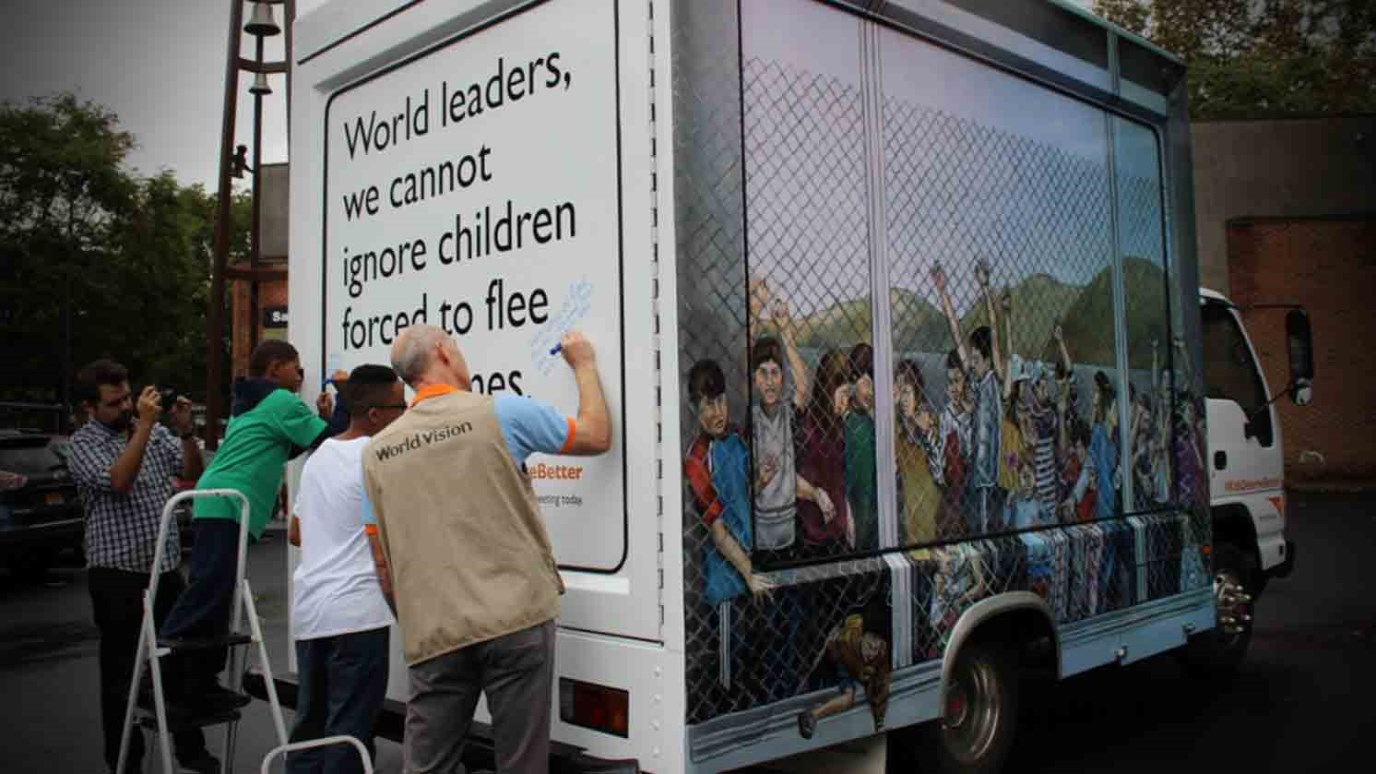 Eighth grade students at Inwood Academy in New York write messages to world leaders, calling on them to address the needs of refugees around the world.

A “moving mural” picturing refugees rolled through New York City recently while world leaders were meeting to discuss what actions to take to meet the needs of the world’s 244 million migrants and refugees. People on the street and in neighborhoods were invited to engage with the exhibit to learn and to get a feel for the refugee experience.

The number of refugees and migrants is increasing at a higher rate than the growth of the overall population. More than 65 million people around the globe have been forced to flee their homes or countries because of conflict. Humanitarian systems designed to bring them relief are underfinanced and barely meeting their needs.

In Seoul, Dublin, and London, as well as New York City, World Vision’s moving mural brought attention to the millions of children affected by the refugee crisis around the world.

A Bicycle and the Change It Brought
World Vision