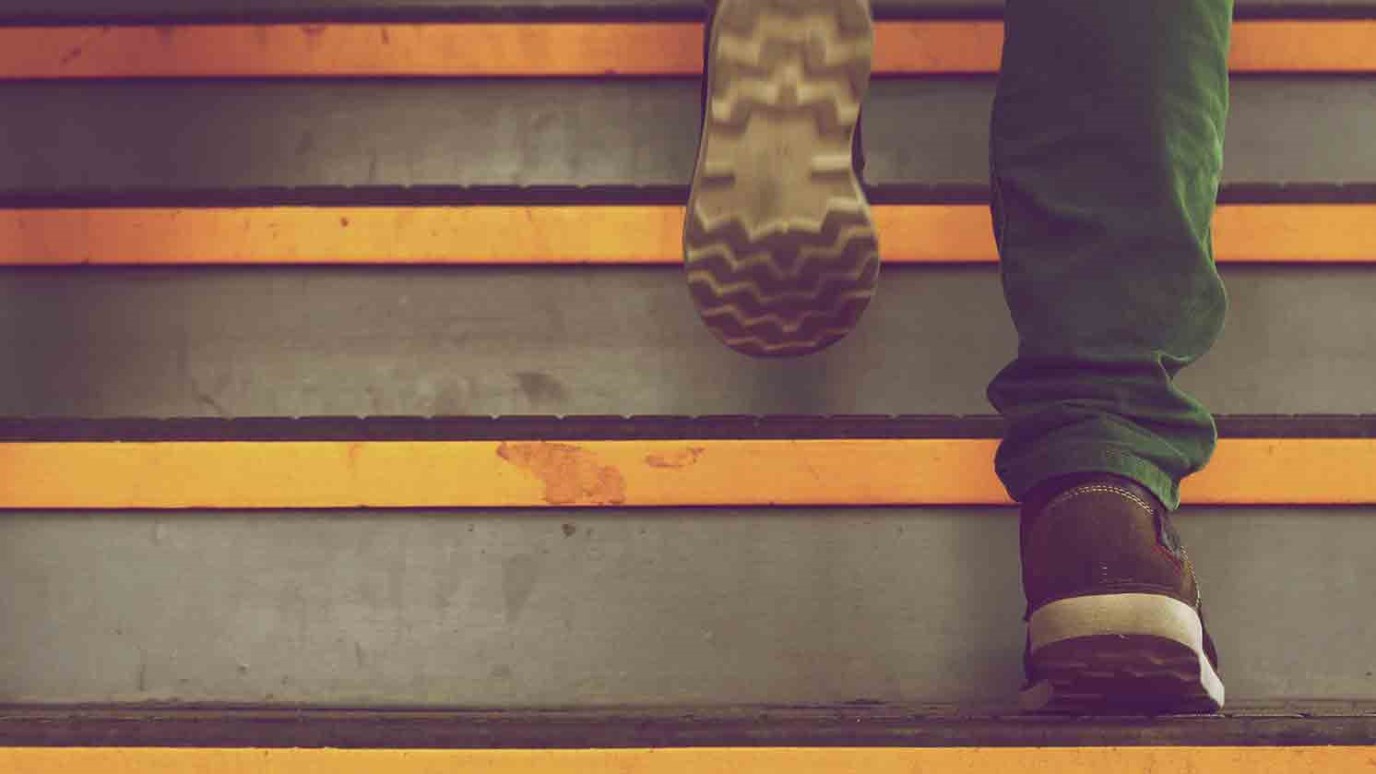 Sometimes the first step is the hardest one. What spiritual adventure is He directing you to act upon? When you do, you'll discover that He'll make the way clear for the next step ... and the next.

The Israelites crossing the Jordan River into the Promised Land has been the subject of many an old hymn. One song portrays this passage as typical of going to heaven: "I looked over Jordan, and what did I see; comin' for to carry me home; a band of angels comin' after me, comin' for to carry me home." The song portrays crossing the Jordan as dying and going to heaven. It's a lovely thought, but not quite accurate. When the Israelites crossed the Jordan, they engaged in multiple battles led by their commander, Joshua. That doesn't sound too heavenly, does it? The book of Revelation says that in heaven "there will be no more death or sorrow or crying or pain. For the old world and its evils are gone forever" (Revelation 21:4).

The Israelites crossed two bodies of water following their deliverance from Egypt. Both were highly symbolic. It's better to view the crossing of the Red Sea with Moses as a picture of the believer who is delivered from sin. The crossing of the Jordan River is a depiction of the believer who goes forward to claim his heritage in Christ. Joshua (whose name is the Old Testament equivalent of Jesus) foreshadowed Christ, leading believers to victorious Christian living. God has a purpose beyond merely giving us a ticket to heaven. He wants us to gain spiritual ground, to take enemy territory and place it under God's authority. As we move through this world, we can plant the flag of God's kingdom through evangelism and service.

However, before the land of promise could be conquered, the priests needed to get their feet wet. Carrying the Ark of the Covenant, they were instructed to walk into the water as an act of faith: "The priests will be carrying the Ark of the LORD, the Lord of all the earth. When their feet touch the water, the flow of water will be cut off upstream, and the river will pile up there in one heap" (Joshua 3:13). This must have been a daunting command. Records show that during the time of the crossing the banks of the Jordan would be overflowing and, at places, expand at least a mile wide. This was no dribbling stream, but a mighty river. God promised that when the priests showed their willingness to obey, God would dry up the river so the people could cross. And He did!

Sometimes the first step is the hardest one. But we'll never make any progress in our faith walk without it. What difficult assignment is God calling you to undertake? What spiritual adventure is He directing you to act upon? Take the first step. And when you do, you'll discover that He'll make the way clear for the next step...and the next.