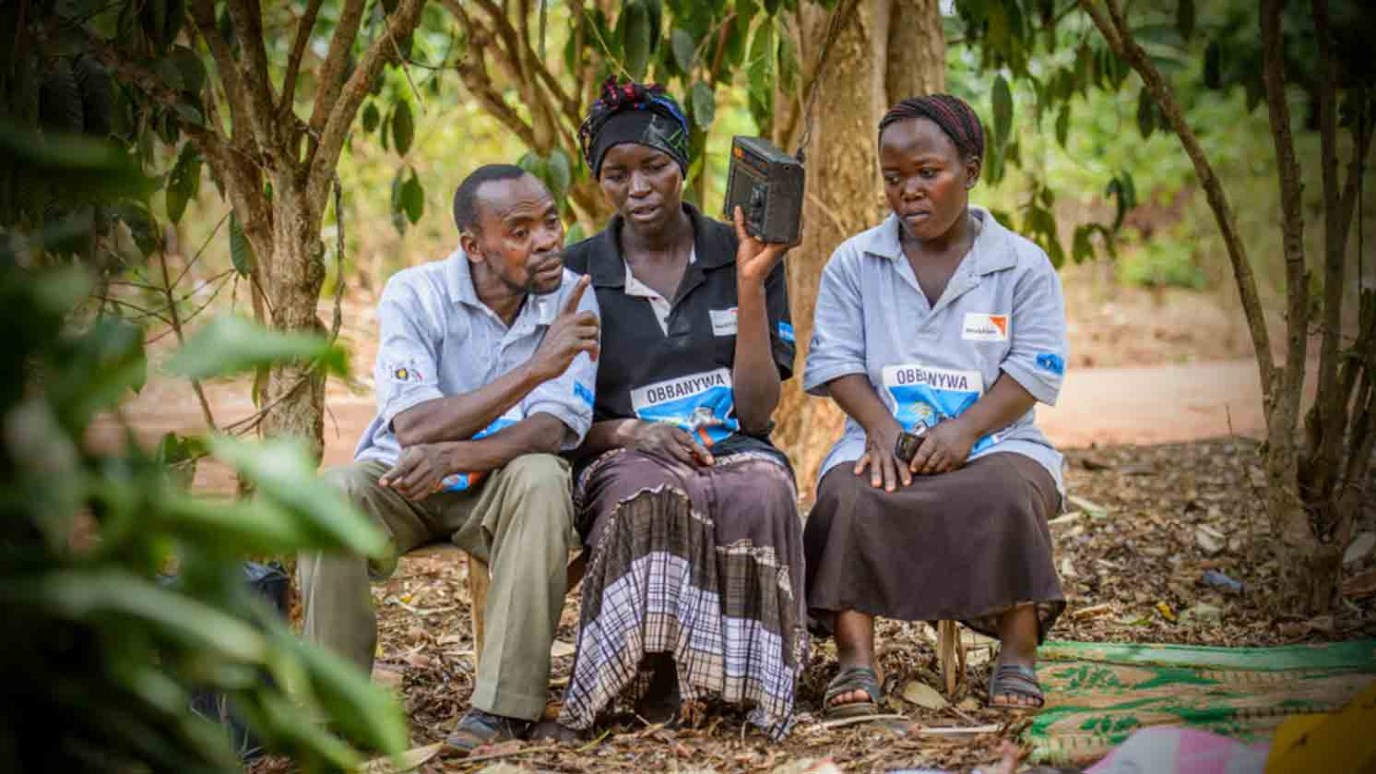 Village health team members are elected by the community. They are the front line of health services for villagers in Uganda.

These dedicated volunteers make the difference between life and death in Uganda and World Vision is helping to train them—using the radio.

A radio program called Obbanywa airs twice a week and is made for village health team members.

World Vision funds production of innovative radio dramas that tackle issues such as drunkenness, which can lead to the spread of HIV and AIDS, and unplanned pregnancies, as well as the three killer diseases for Uganda’s children—malaria, pneumonia, and diarrhea. They radio shows are entertaining and give practical advice on how to recognize diseases and treat them. More than 9,000 volunteer health workers have been trained through the radio program.

Health team worker Vincent Kakooza and a small group of village health workers gather weekly around the radio to learn how to better serve a community whose members call them affectionately, “Doctor.”

Village health team workers are provided medicine to treat malaria, diarrhea, and other common illnesses—often gifts in kind from World Vision. They are trained to know when someone should be referred to a health clinic or hospital. They specialize in working with pregnant moms, giving them advice on successful pregnancies. They check on newborns to make sure breastfeeding is going well and that their mothers are having them immunized.

Vincent says the most significant thing he’d learned from World Vision’s radio program gave him the knowledge he needed to save the life of baby Remigio.

At six months, Remigio was attacked by fever in the middle of the night. “He was sweating, he was crying.” Vincent knew what to do. He tested the baby for malaria. The blood test came back positive.

“I got out the malaria medicine and gave it to him immediately. By morning his temperature went down. He stopped sweating. He stopped crying.”

Vincent felt more than relief. “I was overjoyed,” he says.