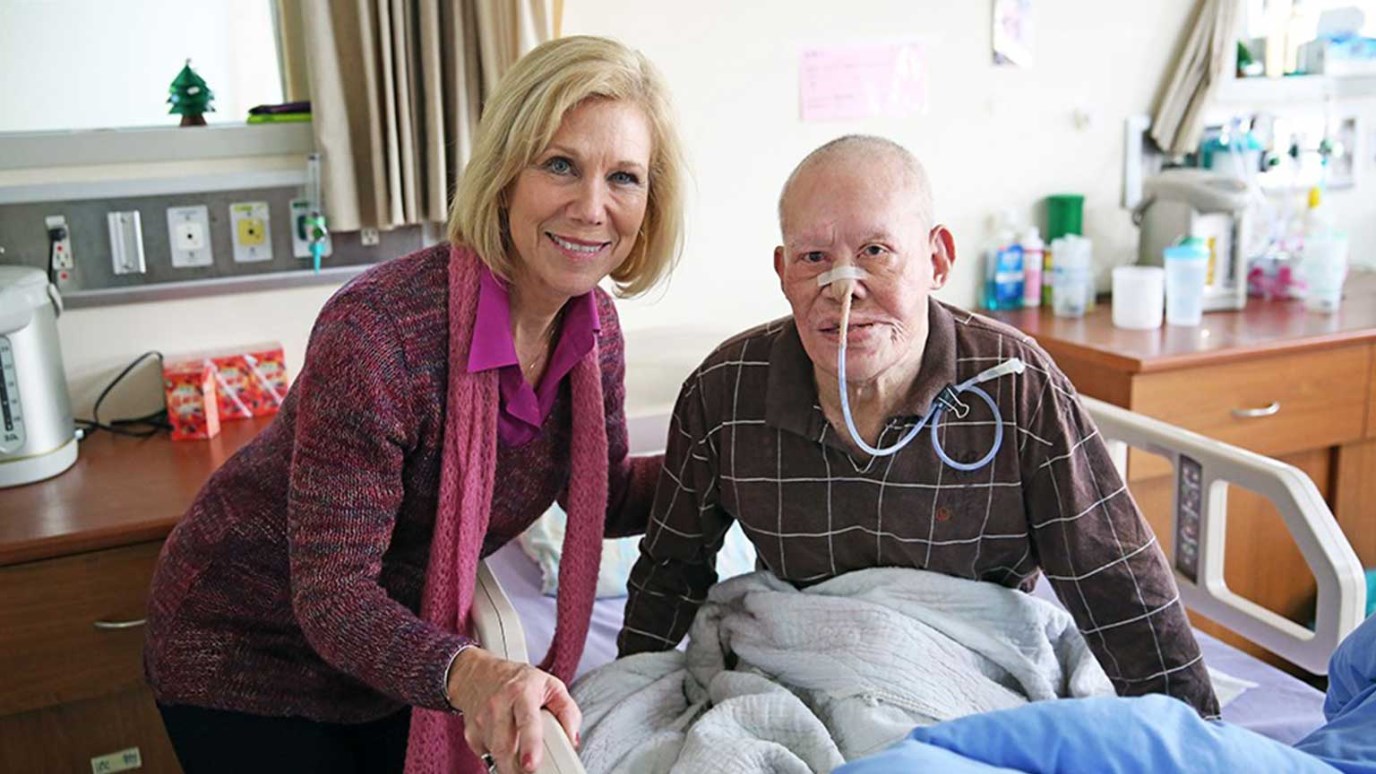 Marilee reconnects with a piece of her past during a visit to Taiwan.

My father began supporting various missionary projects in Taiwan in the early 1950s, and in 1965 I traveled with him to see some of the children’s homes, hospitals, and schools World Vision had helped build and was supporting. I had not been back to Taiwan since, and even though I knew that most of the things I remembered would be long gone, I asked to revisit some of those historic places.

On the first day, I was taken to a busy suburb of Taipei to see Lo Sheng (Happy Life) Sanatorium. Today it is a six-story, full-service hospital — but it was on this very site that my father helped Lillian Dickson, founder of Mustard Seed International, and the government of Taiwan build and maintain a leper colony, clinic, and church.

When I visited as a 15-year-old, the church stood on a hill surrounded only by trees, lush gardens, and a cluster of single-story, red brick buildings where hundreds of men, women, and children suffering from leprosy — also known as Hansen’s disease — lived, worked, and worshiped.

But this past January, when I walked into the modern emergency room entrance with its shiny floors and white-coated doctors, I felt completely disconnected. Surely this had nothing to do with my father or the lepers he had cared so passionately about!

My interpreter, Charlotte, and I went up to the top floor to meet with the administrators of the hospital. “I'm here because long ago my father worked with Lillian Dickson to build a leper clinic here,” I explained a bit sheepishly, once we had all sat down and been served tea. I felt a bit foolish taking up their valuable time with my stroll down memory lane.

“We know,” they answered, nodding and smiling. “Your father helped found this hospital. We need to know more about him. Can you send us pictures and stories for our history?”

I was truly taken aback but pleased to realize that the part my father had played decades before had not been forgotten.

They offered to show me the wards, and I followed, expecting a tour of the hospital. We entered a side wing and passed room after room of elderly people lying in beds surrounded by modern medical equipment. Some were clearly near death.

We stopped at one room where a man was sitting up, looking at us with a big smile on his face. With a shock, I realized that he had no nose or ears or legs. In fact, none of them did.

I looked at the administrator in amazement and she nodded. “These are your father's lepers. They never left here. They have lived here all their lives, and now we are caring for them with all the love and dignity we can give them. They are our family.”

“And mine,” I wanted to say. I entered the room, and the man who was smiling said something.

“He wants to know if you're the daughter,” Charlotte said, nodding yes at him.

He nodded back and said, “You look just like your mother.” I felt myself slipping into another time and place as I remembered that Mama had been here with Dad — in 1968! No one had prepared me for this.

How Can We Stay?
World Vision