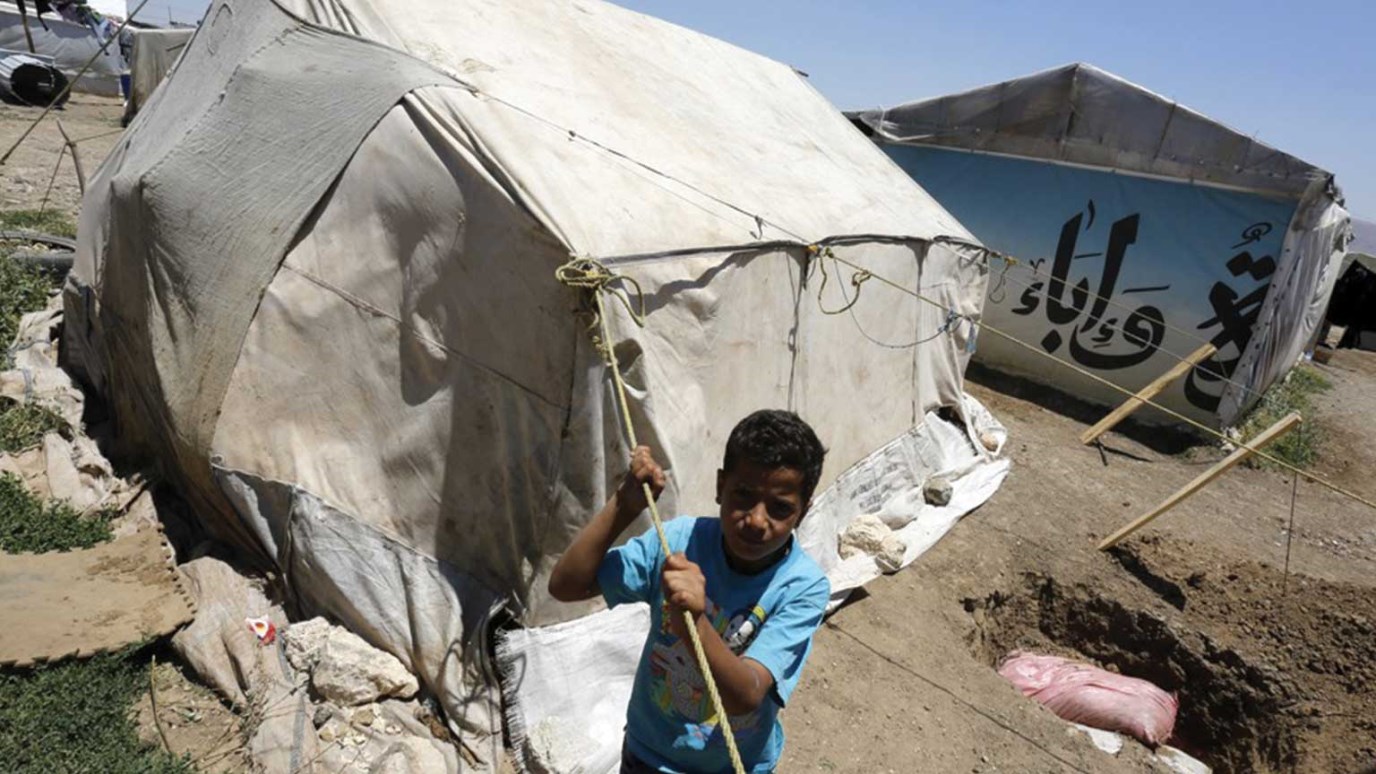 Recent studies from World Vision and the Norwegian Fafo Research Institute highlight the social and security concerns raised by the presence of more than 500,000 refugees who have flooded Lebanon, many with few resources of their own.

Tensions are high in Lebanon now that Syrian refugees make up one-fourth of the country’s population, putting a strain on available resources, a new study shows.

Recent studies from World Vision and the Norwegian Fafo research institute highlight the social and security concerns raised by the presence of more than 500,000 refugees who have flooded Lebanon, many with few resources of their own.

“Lebanese communities have shown incredible generosity and resilience, many taking refugees into their homes and providing food. But the sheer number of people pouring into such a small country means the strain is just too much," says Anita Delhaas-van Dijk, national director for World Vision in Lebanon.

"The cracks are starting to show with worsening security, rising tensions. Communities are facing unbearable pressure. As the Syria conflict deepens, these pressures are more acutely felt. The crisis threatens to destabilize the whole region,” she says.

World Vision's study, "Under pressure: the impact of the Syrian refugee crisis on host communities in Lebanon," found many Lebanese families face financial ruin as wages plummet and rent prices soar. Hard-pressed Syrian refugees work for less money and share single-family homes with multiple families to save on rent.

School classes have doubled in size, with some shutting their doors to local children at lunchtime to provide meals for refugees. Healthcare is under growing strain with some clinics accepting 50 percent more patients in the past year.

“I meet children and their families every day who have fled bombings and sniper fire in Syria with nothing," says Anita. "Some children are saying they're scared for their future."

According to an opinion poll conducted by Fafo in May, some of the top concerns Lebanese citizens have about the rising number of Syrians in their country include:

The World Vision report, based on information gathered from refugees and the families hosting them in Lebanon, says aid should help alleviate tensions between communities and urges assistance to be directed towards host families and communities, as well as to refugees. It also finds that more focus needs to be given to ensure children are protected and their needs are met as the crisis deepens.

The World Vision office in Lebanon has dedicated nearly 50 percent of its resources to host communities and 50 percent to refugees, seeking to alleviate already existing tensions between the two communities and provide much-needed support.