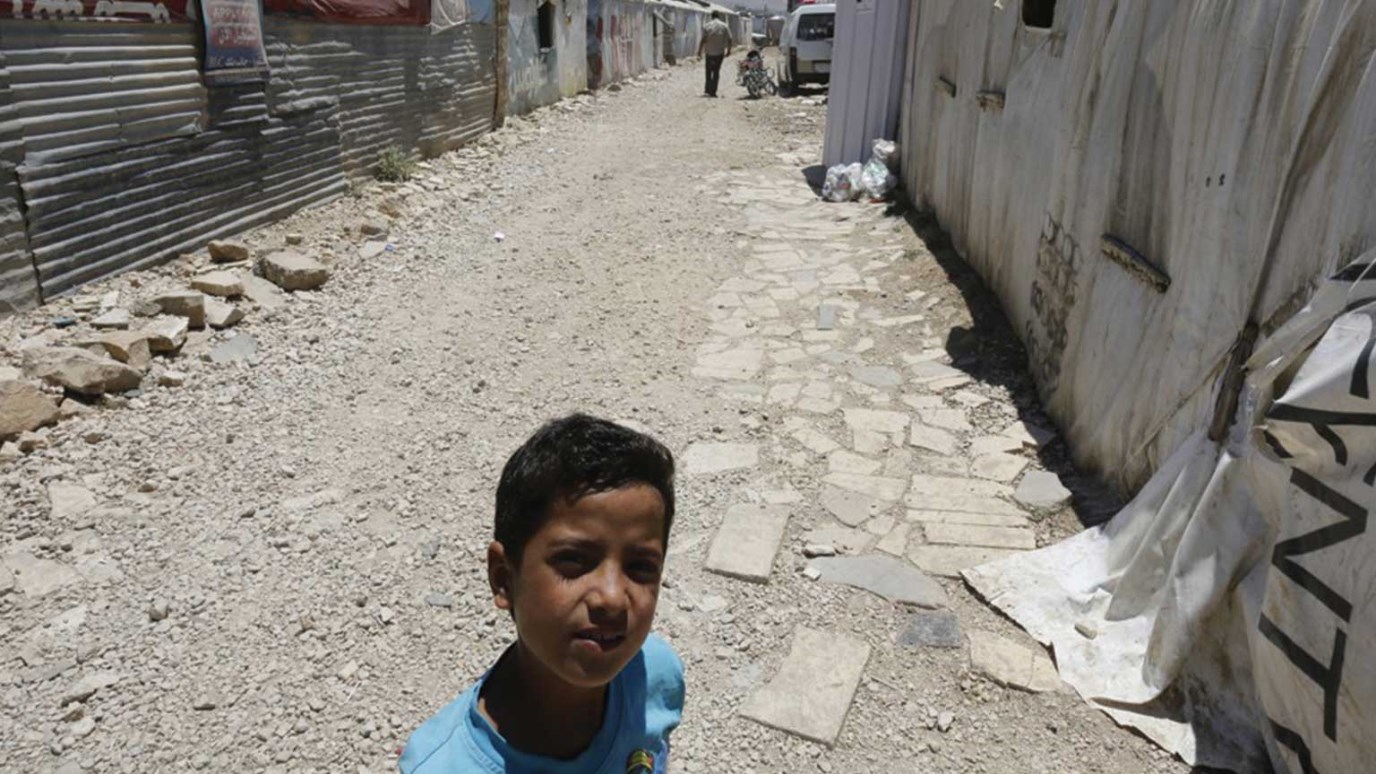 More than 2 million Syrians, half of them children, have flooded into neighboring countries as refugees, creating what the United Nations called “a disgraceful humanitarian calamity.”

On average, another 5,000 Syrians per day will flee from Syria's conflict, piling more pressure on border nations, including Lebanon and Jordan, the U.N. refugee agency UNHCR reports.

"Syria has become the great tragedy of this century—a disgraceful humanitarian calamity with suffering and displacement unparalleled in recent history," the U.N. High Commissioner for Refugees, António Guterres, says.

On Wednesday, ministers from Jordan, Lebanon, Turkey, and Iraq will meet with U.N. officials in Geneva to discuss a common plan to meet their nations’ growing needs as refugee havens.

Tensions are rising in neighboring nations between refugees and their host communities. Classrooms are packed as school starts up again. Resources are scarce. Business owners and refugees alike fall further into debt, as one tries to fill a need, while the other does whatever it takes to feed their family.

“Syria is hemorrhaging women, children and men who cross borders often with little more than the clothes on their backs,” said UNHCR. “This trend is nothing less than alarming, representing a jump of almost 1.8 million people in 12 months.”

In Lebanon
About 1.1 million Syrians now live in Lebanon. An additional 450,000 Palestinian refugees live in the country. This guest population of more than 1.5 million equals more than one-quarter of Lebanon’s citizen population.

In Syria
World Vision has reached about 70,000 people through health clinics and water-system repair projects and is planning to help residents bear the winter months with stoves, fuel, and other household items.

In Jordan
World Vision is installing water and sanitation systems to accommodate 24,000 refugees at Jordan’s Azraq camp. It provides refugees in other areas with food, household items, remedial education, and cash to pay rent. It plans to begin distributing diapers for 17,000 babies in Za’atari refugee camp. In all, it has reached more than 44,000 people affected by the crisis.

Armenia: A Mother’s Love Never Gives Up
World Vision
Walking Through Samaria with Chris Palusky
Walking Through Samaria
Follow Us
Grow Daily with Unlimited Content
Uninterrupted Ad-Free Experience
Watch a Christian or Family Movie Every Month for Free
Early and Exclusive Access to Christian Resources
Feel the Heart of Worship with Weekly Worship Radio
Become a Member
No Thanks