Sunrise Over the Slums 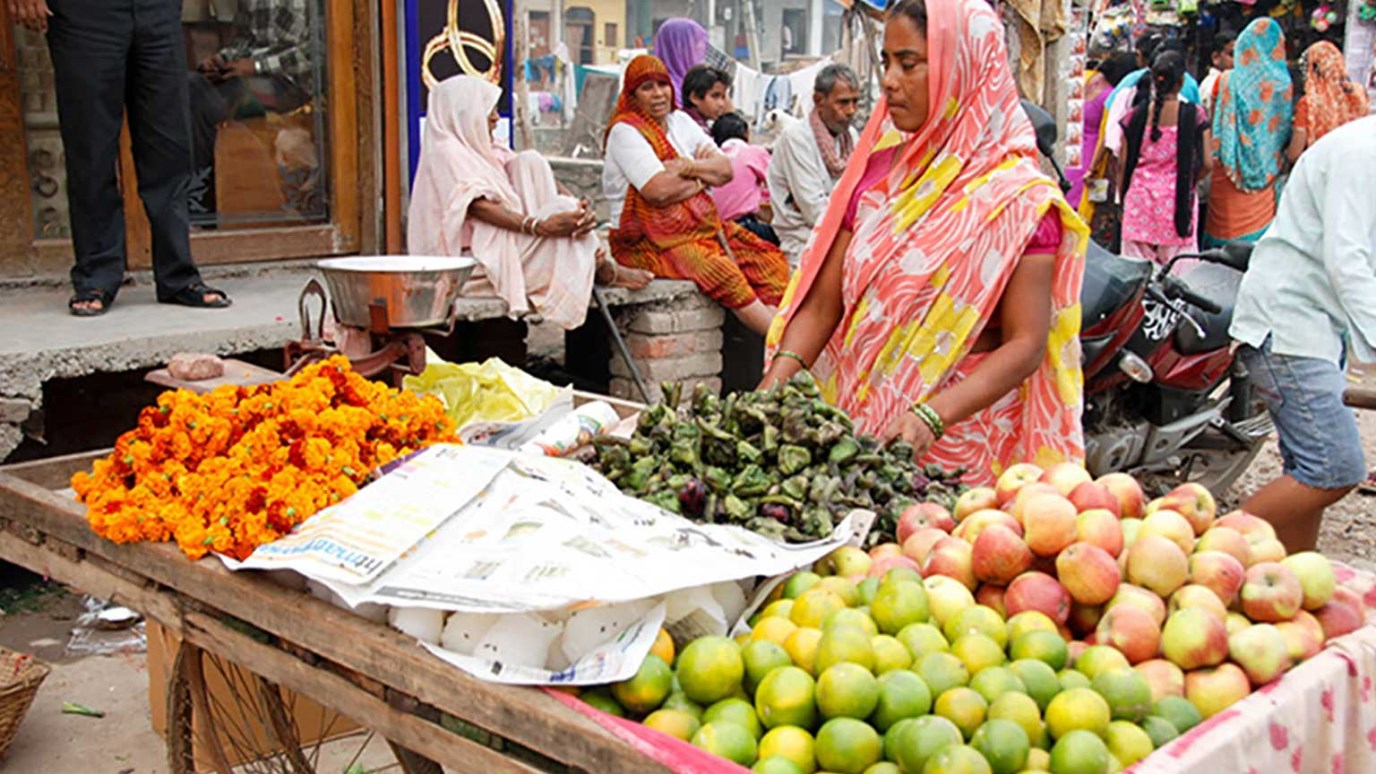 With a vegetable cart and help to keep her children in school, a widow finds new strength and purpose in life.

As dawn breaks over a New Delhi resettlement colony, Gulabi is already off to the wholesale market. She jumps on a minivan for the seven-mile journey, determined to arrive early so she can pick the best vegetables and fruit.

Selling produce used to be her husband’s job, but no longer.

Life is seldom easy—or fair—in India’s teeming slums, where the family lived earlier. A few years ago Gulabi, her husband, Chabilal Shah, and their three children were forced out of the shack they called home—displaced along with their entire “slum settlement.”

“Life had its challenges, but I could face them all because I had my husband by my side,” says this once-timid homemaker, who uses no last name.

Moving to a new resettlement colony, Chabilal invested all the family’s savings in a piece of land, and they were starting to pick up the pieces when he was diagnosed with jaundice. Despite spending every penny on medical treatment, Chabilal died.

“Our world came crumbling down,” says 17-year-old Pinki, the oldest child. “We were reduced to nothing.”

Gulabi was in no position to replace her husband as breadwinner. “I used to beg and plead for 60 rupees (U.S.$1) just to sustain ourselves,” she recalls.  “No one around us cared. As a mother, I was upset that I was unable to provide basic meals for my children.”

When life looked grim and hopeless, World Vision heard about their need and provided a vegetable cart for Gulabi, so that she could earn an income. Along with constructing a brick house for the family, World Vision enlisted Pinki’s two brothers into their sponsorship program. Now the boys are thriving in school. Amit, 12, says, “Studies are good, and when I grow up I want to be a teacher.”

"We were left all alone. We had no one,” Gulabi says. “But now we have World Vision. It feels good to have someone care for us.”