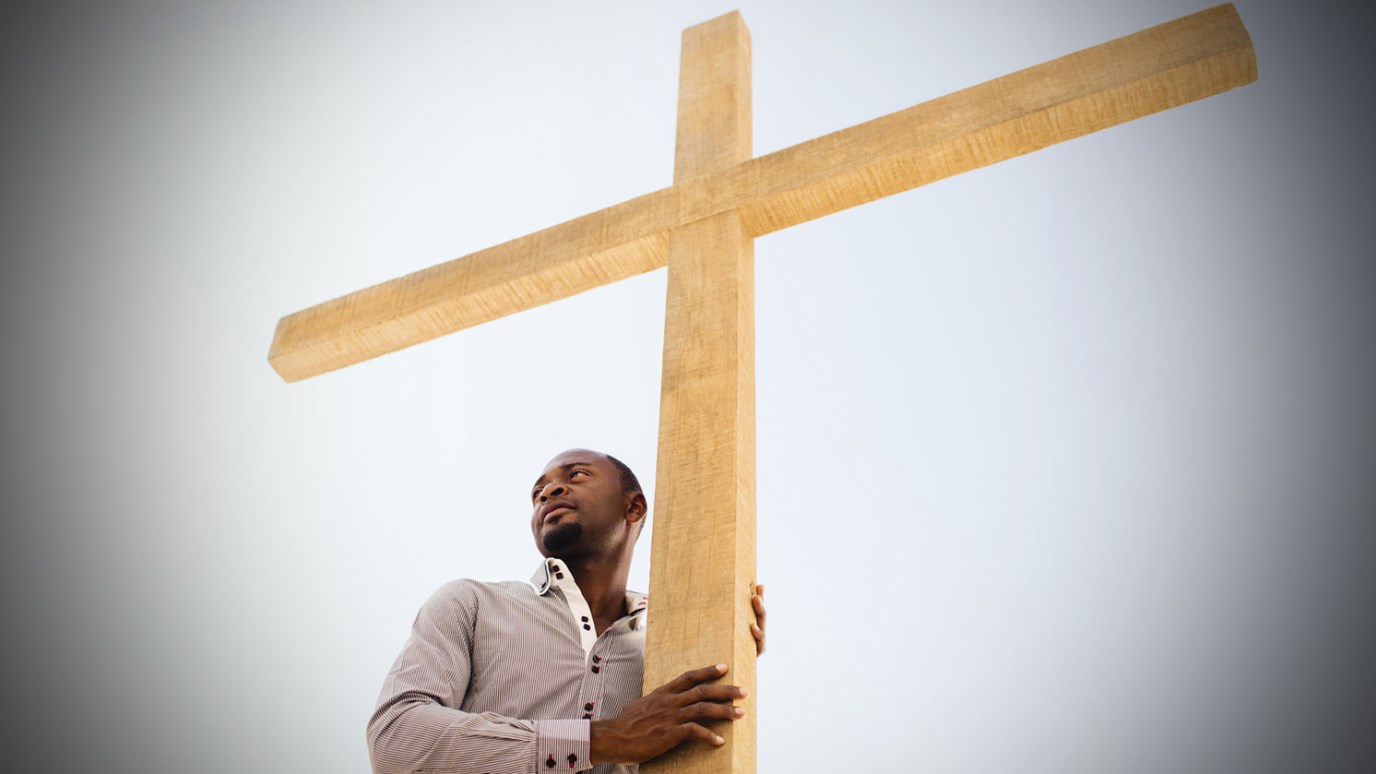 Jesus outlasted, outmaneuvered, and out-thought every group and every power. But mostly, He just out-loved everybody.

When Jesus was in the garden, he still had many options. He could fight like the Zealots. He was young. He had charisma. The crowds would follow him to the death. He could do that. He could withdraw like the Essenes. He could go into the desert and start a safe little community. Many would follow him. He could collaborate with the chief priests. Imagine what reform Jesus might bring if he had the temple as the platform for his teaching. He could try to cut a deal with Pilate. Imagine influencing the Roman Empire from the inside. What might that do for the world? He could call on his God to be delivered. He could ask to be spared. He could ask for legions of angels. Maybe one more miracle would rally everybody to his side.

He did none of those things. Setting aside questions about his divinity and identity, this is what Jesus did. This one lone, deserted, vulnerable man decided;

Then he prayed, “Not my will but yours be done.”

As a simple historical reality, it was sin — human darkness in every other person involved — that put Jesus on the cross. But he believed that through love the cross could somehow become not just a symbol of sin and death but also a symbol of even more powerful redemptive love. Out of his remarkable brilliance, breathtaking courage, and inexplicable love, Jesus sized up a situation that defeated every human attempt at correction. He identified exactly what would be needed to bring redemption. It would cost him his life.

Two thousand years later, his death is the most important, most remembered death in the history of the world.

Jesus outlasted, outmaneuvered, and outthought every group, every power. But not just that. Mostly he just out-loved everybody. For Jesus in the garden had one agenda that superseded the agendas of all the others: love. On Friday, Jesus died for love. He said it was his choice. It wasn’t Pilate’s. It wasn’t Herod’s. It wasn’t Caesar’s. It wasn’t the chief priests’. It wasn’t the crowds’. He said, “I lay down my life for the sheep. . . . No one takes it from me, but I lay it down of my own accord. I have authority to lay it down and authority to take it up again.”

The cross was changed from the symbol of a human empire’s power into a symbol of the suffering love of God. It was changed from an expression of ultimate threat into an expression of ultimate hope. It came, in a sense, to express the exact opposite of its original purpose — that the power of embraced sacrifice is greater than the power of coercion. How did this happen? Jesus chose it. He chose to die on it. After Friday, neither the cross nor the world could stay the same.

Sunday changed everything, but not in the way many people think. From our point of view two thousand years later, many people think of Easter as a comforting story that says, “Spring is coming. Flowers are blooming. Life is eternal. Everything is going to work out.” But the response to the resurrection on the first Easter in the Gospels consistently includes fear. In fact, people were more afraid after the resurrection than they were before. And none of the gospel accounts have Jesus or the angels saying, “Now you don’t have to worry about dying anymore.”

Jesus followers’ believed he was the Messiah, that he would overthrow Rome and usher in God’s kingdom. But Jesus died. When this happened, even though he had predicted it, none of his followers said, “Everything is going according to plan now.” All four of the Gospels give us very unflattering portraits of what happened when he died. His disciples were disheartened, dismayed, disappointed, disillusioned, and dispirited. And then suddenly they weren’t.

“The hour has come for the Son of Man to be glorified. Very truly I tell you, unless a kernel of wheat falls to the ground and dies, it remains only a single seed. But if it dies, it produces many seeds. Anyone who loves their life will lose it, while anyone who hates their life in this world will keep it for eternal life.”

They began to understand.

What got released on Sunday was hope. Not hope that life would turn out well. Hope that called people to die: die to selfishness and sin and fear and greed, die to the lesser life of a lesser self so that a greater self might be born. And many people did. This hope changed things. Because of their belief in the resurrection of the body. Because of Sunday.

The Lamb Who Was Slain
Dot Bowen