Students and the Human Right to Cheat 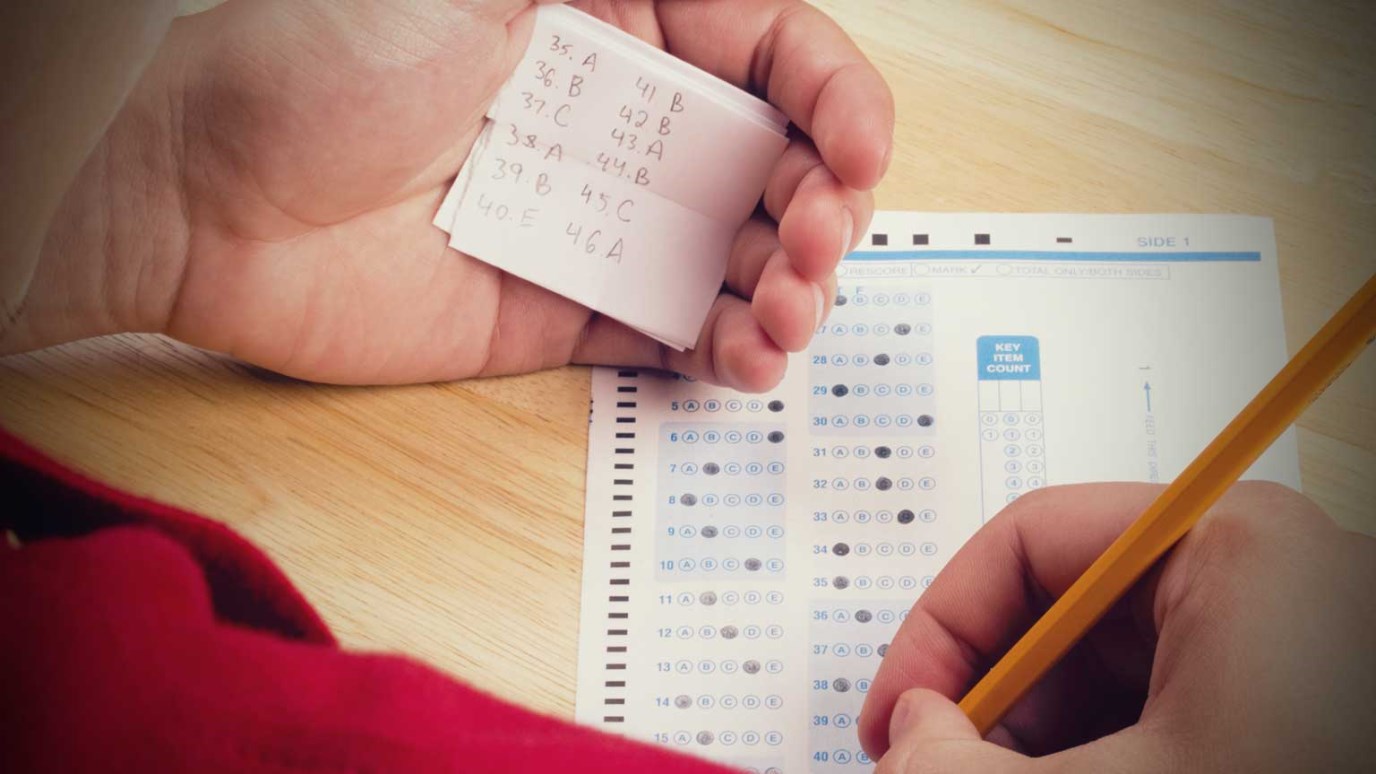 Several college students from around the world are protesting those who accuse them of wrongdoing when they cheat — explaining that it is their human right. What’s behind this new wave of demands?

Yes, you’re reading this headline correctly. There is a new and robust sense of entitlement among the emerging generation globally. Several college students from around the world are protesting those who accuse them of wrongdoing when they cheat — explaining that it is their human right.

Throughout history, university students have been prone to demonstrate for rights. And they’re prone to exercise those rights as well. I just haven’t heard of anything quite like this one. Some in India are talking about their natural born right to cheat on university exams.

“It is our democratic right!” a student named Pratap Singh said as he stood outside his university in the northern state of Uttar Pradesh. “Cheating is our birthright.”

So what’s behind this new wave of demands?

Corruption in the system

Unfortunately, there’s a common trend among university exam systems in this part of the world: corruption. In simplest terms, the rich can bribe their way to good grades. There’s even a whole subset of the youth population who are brokers between desperate students and their administrators. On top of this, there’s another class of students who are so well known locally –often for their political connections — that school leaders do not touch them.

So if those with money or political influence can cheat, poorer students ask, why shouldn’t they?

I have traveled to India on seven occasions, visited six cities, and have loved each trip. The people were so gracious. But society remains divided, still living in classes even in the 21st century. The chasm between the rich and the poor is wide. All of this fosters a sense of entitlement when underprivileged students feel they’re not getting the breaks that the rich receive. It can be disheartening.

One student said, “In my first year doing history, I tried to study properly, but the seniors just told me, ‘Buy the cheat books.'” Others justified their cheating by saying it was being done by everyone, not just students. One international student relayed, “Cheating happens at every level. Students bribe to get admission and good results. Research students get professionals to write their dissertations. And the professors cheat too, publishing articles in bogus journals.”

The slippery slope this creates

I recognize how difficult this must be for people in lower socioeconomic situations, but can you see how this logic creates a dangerous and slippery slope for a generation? When our sense of right and wrong is based upon looking outward and seeing others who get privileges or breaks that we don’t, morality eventually becomes gray. Think about it: I can always find someone who’s gotten a lucky break I didn’t get — and then justify my misbehavior in response. Soon, cheating becomes the norm.

This is what has happened in India, and it’s becoming a big problem in America, too. A full 75 percent of U.S. college students admit to cheating to get through college. Their reasons for doing so fall into the same category as Indian students: they must cheat to make it; their parents are counting on excellent scores; or they didn’t get the breaks (i.e. the study time, the notes, the right roommate, the right professor, etc.) other received.

The principle I am underscoring is this: A person’s standard for right and wrong must lie in something beyond comparisons to others. Morality requires absolutes. As I’ve said, we can always find someone who’s gotten a better break than we did, and as a result, justify cheating — or, for that matter, justify stealing, lying and other forms of deceit. We must avoid this kind of logic at all costs.

Now, are many of these students victims of a bad system? Absolutely. Is life unfair when you compare the rich and the poor? No doubt. But the moment we enable them to possess a “victim paradigm,” they become the biggest losers. Instead of cultivating resolve and resilience, they cultivate excuses for why they can take shortcuts.

This becomes a crime even worse than the cheating itself. Allowing for cheating or giving in to the demands mentioned here (as one Indian chief minister did) opens the door for all kinds of expedient conduct. Eventually, these students can become monsters when they grow up, possessing a strong sense of entitlement to special allowances.

We owe them a better life than this.

When my kids were growing up, we didn’t have the money to afford certain private schools or buy the newest technology — but we wouldn’t allow our kids to whine about it. We weren’t entitled to these perks. When my son played little league baseball and I was his coach, I warned him not to expect favors. When our kids joined a community theater program, where mom served as a volunteer leader, she told them over and over not to expect special treatment or benefits. In fact, we told them that getting a part might be tougher now, as we didn’t want to appear to be giving favors. This paid off, as our kids entered adulthood with a greater sense of responsibility and a smaller sense of entitlement.

Have you experienced this entitled attitude when it comes to cheating? If so, how did you deal with it?