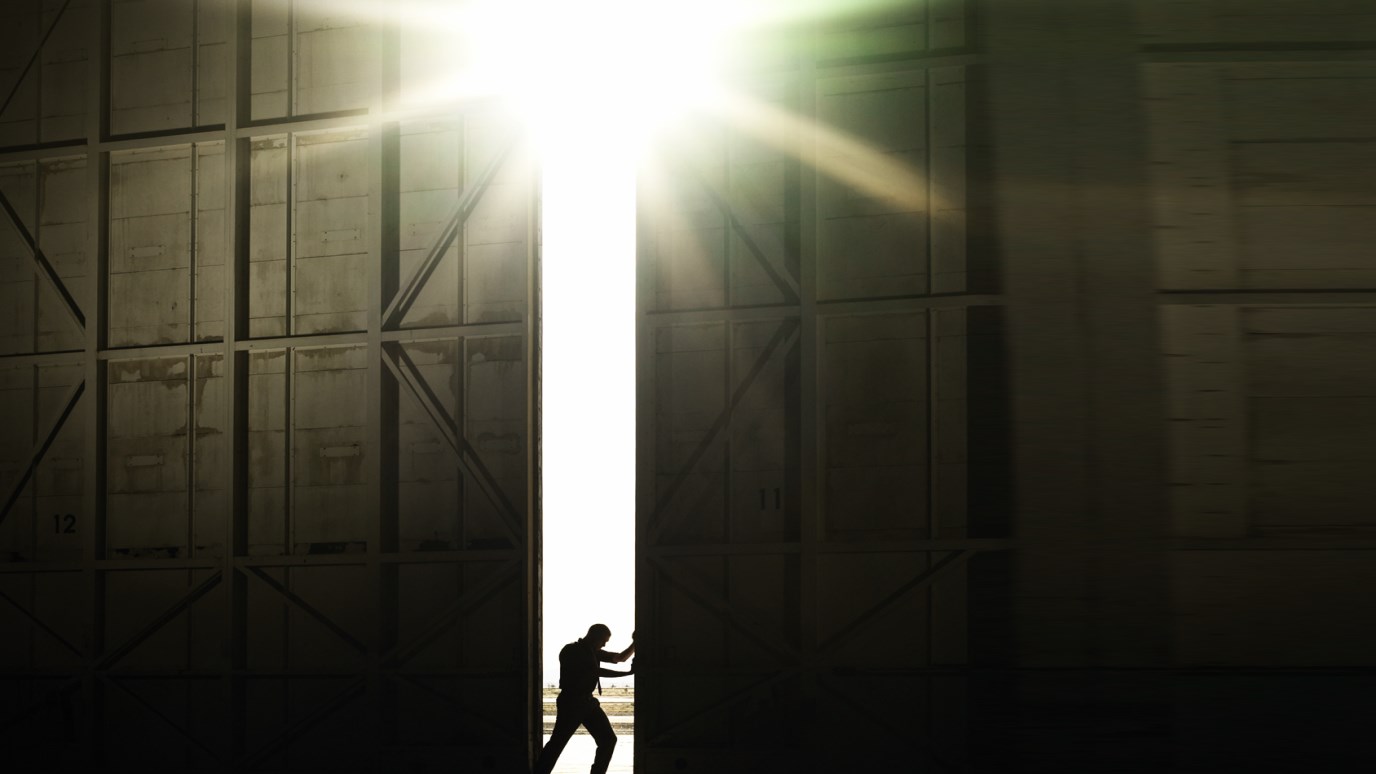 There is no need for a spiritual storage unit to keep things you never should have owned in the first place. Why not ask Jesus to help you clean out your storage?

What’s the most lucrative thing you can do these days with a piece of commercial real estate inside a city limits? . . . Build storage units. Yeah, the most consistent money you can make on a piece of American property is to build small metal barns for people to put their stuff in. The stuff we don’t have room for in our houses, or don’t use, or won’t use, but can’t bear to part with. A vast amount of Americans spend $50 to $500 a month on what amounts to a big closet. Sometimes the stuff has to be kept in room temperature—which costs more. These places are often full with a waiting list. Especially the ones with a big fence, surveillance cameras, and an electronic gate with a passcode—you know, so no one steals the stuff you don’t want anymore.

I was talking recently with a man who has managed a storage property for many years. He said it is not at all uncommon for someone to pay for years to store their stuff, they never come to the unit, and then one day stop paying. So he goes and puts his own lock on their unit and lets them know if they don’t pay up in 30 days, they forfeit the stuff inside. He said he’s watched people come to the unit, take an armload to their car, then drag the majority to the storage dumpster. So, in these common instances, people paid thousands of dollars to procrastinate throwing their stuff away.

So, Robert, if I have a storage building, am I supposed to be feel guilty? . . . Nope. . . . Robert, I own storage units. Am I supposed to feel bad? . . . No! In fact, congratulations, you’re the smartest guy in the room! . . . This post has nothing to do with materialism. But, let’s take this same concept and apply it to the unseen things we store in our hearts.

Did someone once make a worthless comment to you, but you placed enough value on it that you decided to put it in your heart for storage? Maybe you decided to keep it because of the person who said it? Or because you thought you better hang onto it in case it was true. You didn’t want it then, you don’t want it now, but you just can’t get rid of it, so you just keep storing it. You pay for it every month by thinking about it, dwelling on it, continuing to own it. And it’s costing you.

Did someone do something to you in the past, you placed value on that act, and you now have it stored away? You pay for it over and over in your thoughts, attitudes, actions, and worst of all, in your identity. You don’t want it, but you can’t let it go, so you store it. And it’s costing you dearly.

Words and actions can hurt us deeply, but we know we can’t put them on display, so we keep them stored—and then we pay for it. Every month, energy that could go to something healthy and positive is wasted on storage.

So, what does it take for a person to look at their checkbook or credit card bill and decide, ‘That’s it! Not another month. No more money spent on storage. Saturday is cleaning-and-moving-out day!”

Well, it’s a much deeper and tougher decision to say, “That’s it! No more. I’m letting go. I’m calling that comment or that action worthless. I’m releasing it to the grace and mercy of God. I’m placing it under Jesus’ blood and no longer claiming it for me. Throwing away and sweeping out!”

As a Christian, you may need a storage building sometime in your life to keep some stuff, but there is no need for a spiritual storage unit to keep things that you should never have owned in the first place. So, why not ask Jesus to help you clean out your storage? He knows exactly what to do with your junk and He’s already paid to have it taken away.

So we must get rid of everything that slows us down, especially the sin that just won’t let go. —Hebrews 12:1b MSG

The Bait of Offense
John Bevere

When You Feel Like Giving Up: Week 4 - The Scroll
Jeff Manion
Follow Us
Grow Daily with Unlimited Content
Uninterrupted Ad-Free Experience
Watch a Christian or Family Movie Every Month for Free
Early and Exclusive Access to Christian Resources
Feel the Heart of Worship with Weekly Worship Radio
Become a Member
No Thanks