Stepping Up as a Dad 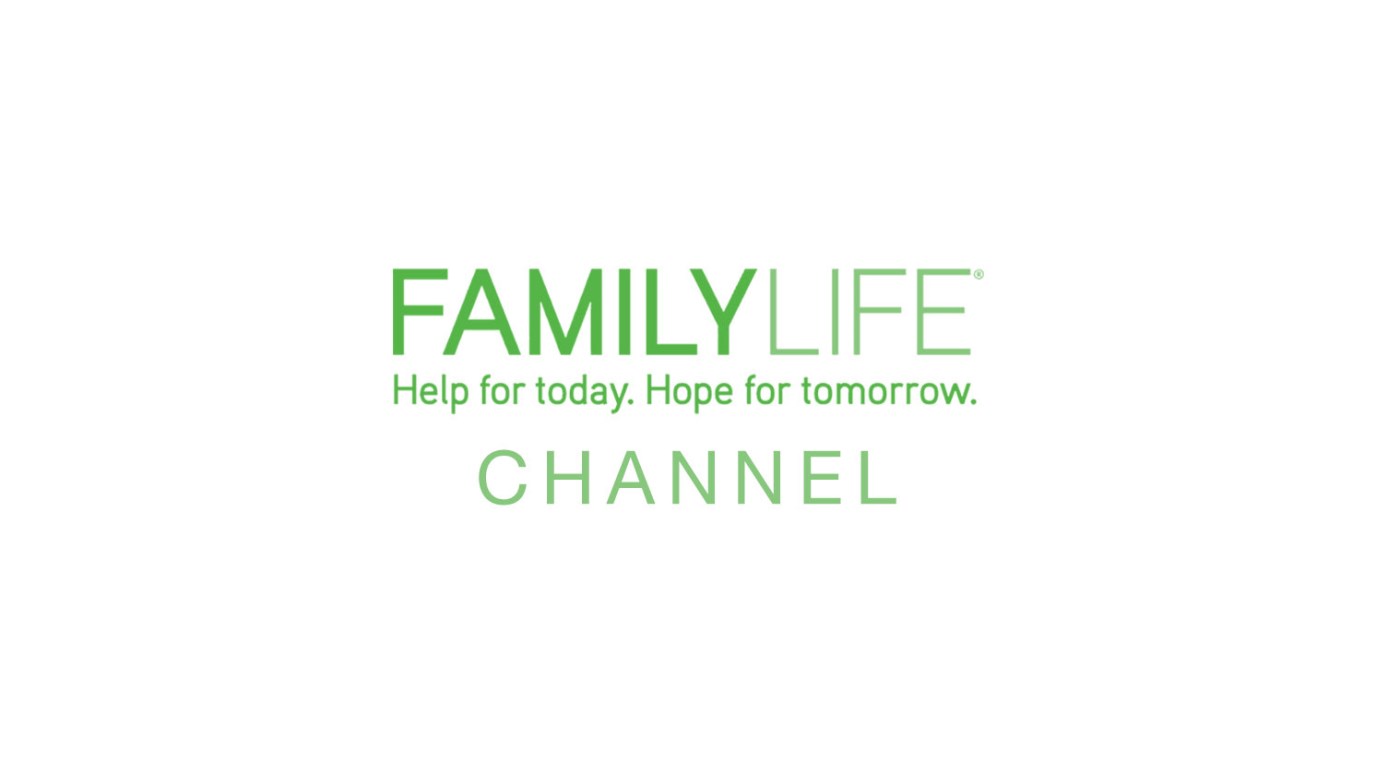 I realized I needed to be intentional in raising my children. Fortunately, I had a good model: my own father, Hook Rainey.

A few years ago, my son Ben and I had the opportunity to go to a World Series game in St. Louis. It was awesome to see my beloved Cardinals square off against the Detroit Tigers.

The Cards won 5–0 (and went on to win the Series in five games), but the highlight from that evening’s experience was when my friend Chip turned and asked my son, “How would you describe your dad in one word?” Watching Ben think for a moment, I quietly speculated about what he might say. I was hoping it would be some noble character quality like “loving” or “kind” or “forgiving.”

Instead, my grown son’s one-word conclusion of me was “intentional.”

I sat there stunned.

If you’d given me a dictionary and a couple of days, I’d never have chosen that word! I looked at my son and thought, You were number two in your class in high school, student body president, intelligent … Is that the best you can do?

Ben explained to Chip, “Dad was always purposeful about being a father—always teaching and training us. He tried not to leave anything to just happen.”

Now that I’ve had some time to chew on it—and now that others in the family have weighed in and confirmed it—I’ve concluded that “intentional” is not a bad description. I think I realized early on that raising my children was going to be my greatest contribution to a time that I would not see. As a result, I needed to step up as a father and become very intentional in what Barbara and I taught them and in what I modeled to them.

Fortunately, I had a great “intentional” model of my own—Hook Rainey.

A big dad in a small town

Boyhood was pretty simple for me growing up in Ozark, Missouri. I think one reason it was so secure was that even though I lived in a small town, I had a big dad. Not in personality or size, but in character. Some boys never have that. I’m glad I did.

My dad was a quiet man with granite-like integrity. He lived his entire life a few miles from the log cabin where he was born. He was barely a teenager, and one of nine children, when his father deserted the family, leaving them dirt poor. All this took place in an era when abandonment was unmanly and divorce was unacceptable.

Looking back on it all, I wonder how Dad figured out how to be a man. He could easily have been a victim and become bitter and angry. Forced to grow up early, Dad took care of his mom and his brothers and sisters for a number of years. Somehow he managed to graduate from high school and scrape together enough money to start a service station.

Dad loved baseball. I learned later that he was a legendary country pitcher in those parts. A lefty, he was tagged with the nickname “Hook” because he evidently had a wicked curveball—the only thing about his life that was crooked. He was so good that he played in the St. Louis Cardinals farm-club system and pitched a game against Hall of Fame pitcher Dizzy Dean.

My dad not only had a sneaky curveball; he also knew how to keep a secret. One day during the Depression, when his family wasn’t looking, he and my mother eloped one weekend and went to the Kentucky Derby for a two-day honeymoon. And although I recall one argument they had when I was a boy, I really never questioned my dad’s love and loyalty for my mom. They were married 44 years until his death.

Dad taught me how to throw a curve, a slider, and a knuckleball. His knuckler was mystical. As the ball would glide to me, he’d laugh and say, “Count the stitches, Son … count the stitches!” I’d chuckle with him as the ball floated and darted toward me. It was all I could do to catch that fluttering ball.

A bundle of memories of time with Dad now bring a smile to my face. Hunting deer and quail and fishing for white bass. His sixth-grade boys Sunday school class. Old Spice aftershave and Lava hand soap. And falling asleep together with his arm around me on a Saturday afternoon as we watched the “Game of the Week” on television. I can still feel the hair from his arm against my boyish cheek, and I can almost smell the propane on his hands from that morning’s delivery.

As a boy I don’t recall a single sermon that he ever preached to me, and yet Dad taught me life. He was a living message. Authentic. Humble. He didn’t like “braggarts” or “blowhards,” as he called them. He was faithful, honest, loyal, and kind. A man who took his responsibilities seriously. And I can count the curse words that ever came from his lips on one hand.

Dad coached our little league baseball team, the Ozark Tigers, for three seasons. I was only 10 when we played our first game against a well-seasoned group of veterans called the Early Birds. I didn’t realize it then, but it was a classic David and Goliath showdown. I was starting pitcher, and I think we were behind 12–0 in the first inning when Dad moved me to right field. The league didn’t have a mercy rule, but they did have a time limit, and the game only lasted three innings. We didn’t get a hit, and the final score was 22–0.

But Dad never gave up on us. He taught us the basics, and slowly he turned me into a pitcher and a bunch of country boys into a competitive team. I have a team photo that hangs in my office to record what we accomplished. Two years later we made it to the semifinals in the play-offs … and sure enough, our opponent was the Early Birds.

I’m sure they were licking their chops to play us again, but it wasn’t quite the game they expected. It was competitive until the last play in the bottom of the last inning. We had a chance to win, but the Early Birds prevailed again, 3–2.

I was crushed that we lost. But now, over half a century later, I have a different view of that game. As I sit and stare at the team photo, it doesn’t matter that we lost. What matters is that my dad was in the picture … not just for three seasons, but for my life.

He gave me a lot of gifts, but the best gift Hook Rainey ever gave me was that he never stopped believing in me. And when he died in 1976 at the age of 66, nearly half of our town of 1,325 people came to honor him. One man, speaking of my dad’s integrity, said, “I never heard a negative word about Hook Rainey.”

Even now, his presence is imprinted on my life. Back in the fall of 2007, my friend Randy invited me to go bow-hunting for elk on his Montana ranch. As I started my hunt, slipping around junipers in search of a trophy, I heard the words Dad said to me many times as a boy: “Slow down, Son. Slow down.”

Much of what I am today is because I had a father who stepped up as a man and stepped into my life. He was more than somebody’s dad. He was my dad.

A father, a son, and a lesson

Bob Helvey, one of my colleagues here at FamilyLife, tells a great story about another father who stepped up and was intentional in training his son. When Bob was 10, he was a paperboy, and on one cold Virginia night, a gust of wind knocked him off his bike. Then he watched in shock as his bundle of newspapers came apart and blew away.

At that point, this boy had a choice: He could step up, be responsible, and retrieve all the papers, or he could give up and go home.

They drove to the scene of the crime, and Bob felt some satisfaction when he didn’t see any newspaper pages on the ground. But his dad parked and told Bob to follow him. They walked to a nearby house, where they were greeted by a man who invited them inside. There Bob was confronted with an amazing sight—an entire room full of newspaper pages! With hardly a word, the two men helped the young boy piece every newspaper back together. Then Bob proceeded to complete his paper route with his father as chauffeur.

That character lesson was so powerful that Bob wrote about it 40 years later in a tribute to his father. “It was a little annoying that Dad didn’t give me a lecture,” Bob wrote. “He knew he didn’t have to. The everlasting warmth I felt of a difficult task completed, a duty fulfilled, was its own mentor.”

Bob wondered how his dad had known just where to go that day. Years later he learned that, after the accident, the neighbor had called his father to complain about his “good for nothing” son. “Together they conspired to teach a young boy a lifelong lesson,” Bob wrote. “It worked. The neighbor must have been a father too.”

God gives us a unique opportunity as fathers to join Him in what has to be one of the most noble, transcendent assignments we’ll ever have as men: He gives us the privilege of joining with Him in shaping the next generation of men. But we won’t fulfill those responsibilities unless we’re willing to step up and be intentional in how we raise our sons.

Adapted by permission from Stepping Up: A Call to Courageous Manhood, © Dennis Rainey, 2011, FamilyLife Publishing.

Do I Deserve Marriage My Way?
FamilyLife