Step into the Messiness of Vulnerable Friendships 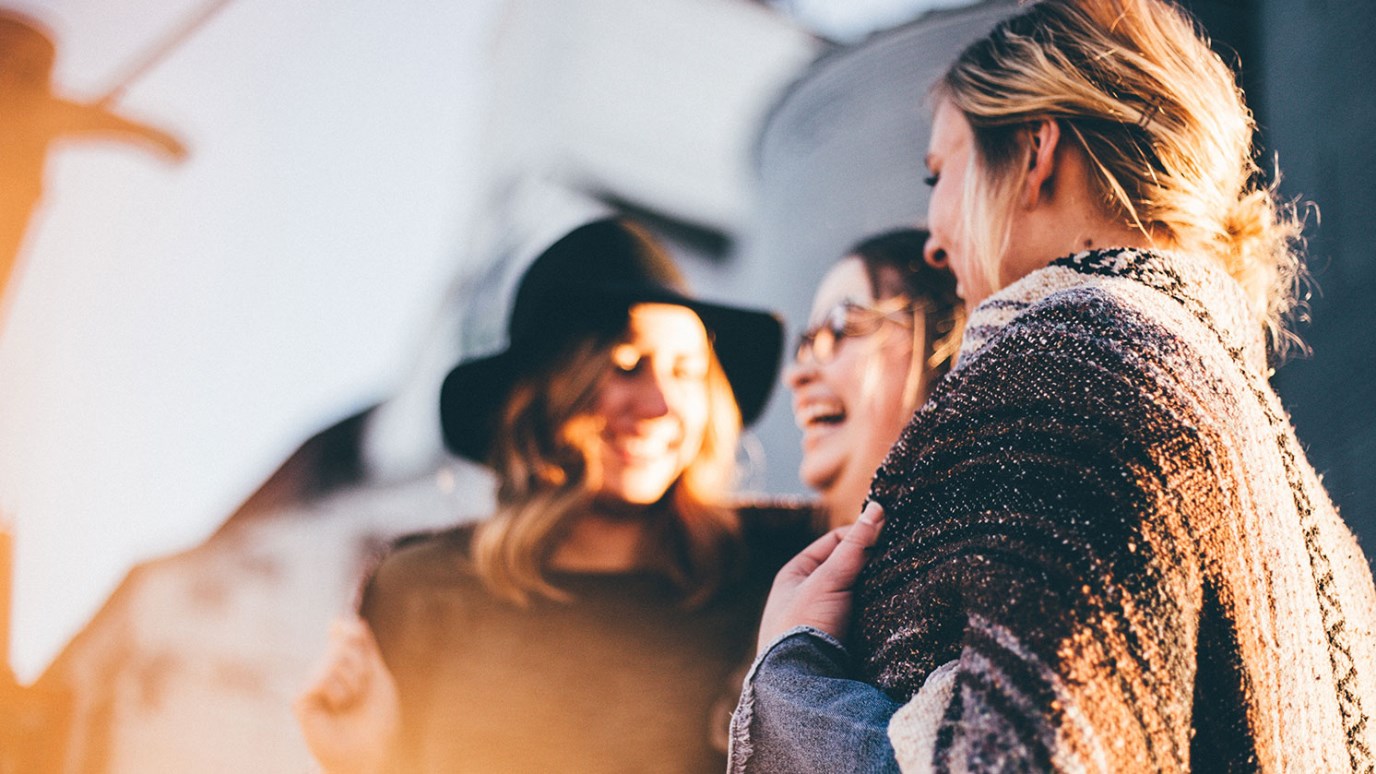 It's uncomfortable to not be okay in full view of other women. But in intentional receiving from godly women, there is great benefit and reward.

On my first Sunday as a pastor’s wife, a college girl approached me with a question I had no answer for. I later berated myself for stumbling and bumbling my way through a response. In my immaturity and inexperience, I believed wholeheartedly that to be a wise woman (and a good pastor’s wife) was to have all the answers and know how to respond appropriately in every situation, but mostly to be a faithful need-meeter at every turn. My own weaknesses and needs were to remain hidden, never disclosed to others. As a result, starting that day and continuing for the first seven years of my ministry life and marriage, I lacked friends.

Finally, tired of feeling isolated and alone, I decided it was imperative I set aside once and for all the (laughable) notion that I could get by always giving but never receiving. In fact, I attribute much of the friendship struggles I experienced in my twenties to my inability or refusal to be helped. I kept myself firmly in the position of giver and need-meeter because receiving required humility and vulnerability that, frankly, I didn’t have.

Therein lies the inherent risk. Asking for help from another woman puts us in a vulnerable spot, one where it’s quite possible we’ll be misunderstood, she’ll respond in a truly unhelpful way, or we’ll be judged spiritually inferior. But I’ve found the reward far outweighs the risk because, aside from intentional vulnerability, relying on the help of friends is one of the greatest catalysts for deepening friendship.

It is in fact an imperative of Scripture that we “bear one another’s burdens” (Gal. 6:2). “One another” implies a mutuality of both giving and receiving. Paul rebukes those who want to do all of the giving but none of the receiving: “For if anyone thinks he is something, when he is nothing, he deceives himself” (v. 3). He doesn’t mean we’re not worthy of receiving; he means we are spiritually dependent upon God and the ministry of God through others. We grow through their help.

When You Feel Unworthy to Receive

I have a friend who holds her cards close to her chest. If something is going on with her, not a soul knows. After a few times of finding out after the fact that she had encountered difficulties and hadn’t asked me for physical help or even prayer, I questioned whether she really considered me her friend. I’m pretty certain she did, but her lack of vulnerability has made it difficult to deepen our friendship.

The times she has let me serve her in some way, I’ve been met with profuse apology, as if it’s a burden or a bother. I wish I could get across to her that I love her and it’s my joy and honor to serve her—that it’s a blessing to be invited into the private and personal areas of her life. I want to help her when she needs it. It’s how I can fulfill the command to “bear one another’s burdens,” and I don’t want to be denied that opportunity, especially with someone I consider a friend.

I see my old self in her, the self who felt unworthy and, honestly, unwilling to receive from others. In my own life, I noticed over time that other women only tried to push through that prideful wall for so long. Because I didn’t ask for help, because I was only comfortable being a giver, I came across as plastic, as if I had it all together and didn’t need anything. Now I see what they saw, and I realize they knew I either wasn’t being real about my life or I wasn’t a person they could be real with.

I’m not sure that discomfort in receiving ever truly goes away for any of us, but it’s something we’re going to have to work through if we want to have good friends. Because friendship is about mutuality. I want to love my friends by giving to them, and I have to believe they feel the same way.

And you know what? I don’t want any of my friends to take away my opportunity to bless and serve and give to them. Why would I take away their opportunity to do the same for me? I certainly don’t want to negate what they do give by profusely apologizing or trying to repay them or evaluating what they’ve done. That’s not friendship. That’s business or charity or something else entirely, something lacking Holy Spirit-infused intimacy.

Outside Help for Inside Struggles

I’m far past the discomfort of asking for help from my friends regarding my physical needs, but I’m still learning to ask for help with my emotional and spiritual needs. Just recently, in fact, God initiated a work in my life that began with His discipline. As I sorted through what He was trying to say to me through His Word, I found too much fog and confusion to think clearly on my own.

I needed outside help, so I asked for my closest friends to enter in. This, too, is a biblical request, as Paul says, “if anyone is caught in any transgression, you who are spiritual should restore him in a spirit of gentleness” (Gal. 6:1) and James says “Confess your sins to one another and pray for one another” (James 5:16).

So I asked for their prayers. I told them I wasn’t doing well. I explained I wasn’t even sure what was going on with me, but I felt intense spiritual oppression. I told them the areas where the Lord had convicted me and how, after that, I’d felt all tangled up in my mind. I told them I felt despair and how all I knew to do was to wait on the Lord and ask people to pray.

My friends came running. They offered their time, listening ears, biblical truth, words of encouragement, prayers, and, in all these things, important space for me to not be okay until I really was. In many of our conversations, I was a blubbering mess, but they patiently helped me sort through my thoughts and emotions until I came to somewhat of a conclusion as to what the Lord was doing.

Frankly, it was uncomfortable to invite them into my mess. It was uncomfortable for me to not be okay in full view of other women. It was uncomfortable revealing my deepest thoughts, many of them sinful. But in intentional receiving from godly women, there is great benefit and reward—and I was just such a beneficiary. The benefits? Wise counsel and the ministry of the Body. The rewards? Deepening friendship and a profound commitment to go and do likewise for others.

I’m not saying we should be constantly needy and clingy and expect everyone to come running all the time. Biblical dependence and reliance on others in friendship is the kind that, after we’ve received them, cause us to respond with gratitude to God that He would give us help through others. In the end, this is a reliance on the Lord, a trust that He will use His church to minister to us in the way He ordains.

We are to be those ministers, yes, but we’re also to position ourselves as humble receivers.

Are You a True Friend?
Patricia Holbrook

Get Out of Judgement and Into Curiosity
Whole Magazine