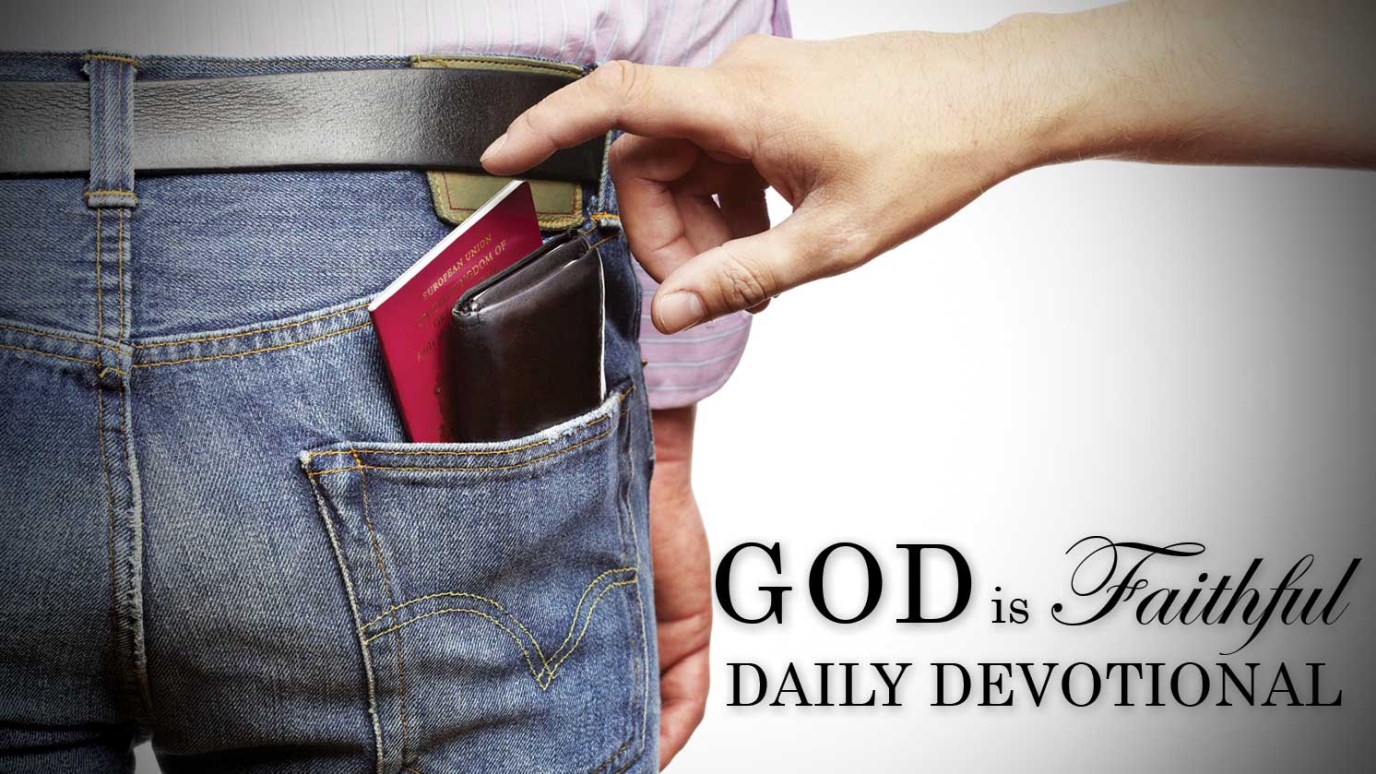 Have you ever been tempted to steal anything? Pray about this particular aspect of stewardship, and determine to use fidelity in your walk with Christ.

“Not to steal from them, but to show that they can be fully trusted, so that in every way they will make the teaching about God our Savior attractive.” (Titus 2:10 NIV)

Dexter was guilty of stealing, caught in the act by his Christian employer. As a company salesman, Dexter had been asked to call on a prospective customer, who represented a very sizable profit. Dexter decided to keep this account for himself, which was not an option.

It wasn’t the company’s policy to follow up on sales calls, so Dexter was surprised when his employer called him in to talk about that particular sales call. In answer to the questions, he said the call was a waste, and after further questions he still stuck to his story.

The employer then revealed that the customer was a personal friend and had called to say that Dexter was planning to steal the account for himself.

Dexter’s employer could have fired him, but as a Christian he was truly concerned about his employee’s salvation and his personal success. So, instead, he offered him an opportunity to admit the truth, make amends, and begin again.

The employer believed an important biblical principle: All decisions concerning justice should be administered in mercy (see James 2:13). It was his desire to be Christ-like in his business that helped Dexter become responsible in his career.

Today’s verse speaks of being “fully trusted.” This is required of all stewards.

Have you ever been tempted to steal anything? What was the outcome? Pray about this particular aspect of stewardship today and determine to use fidelity (faithfulness, allegiance) in your walk with Christ.