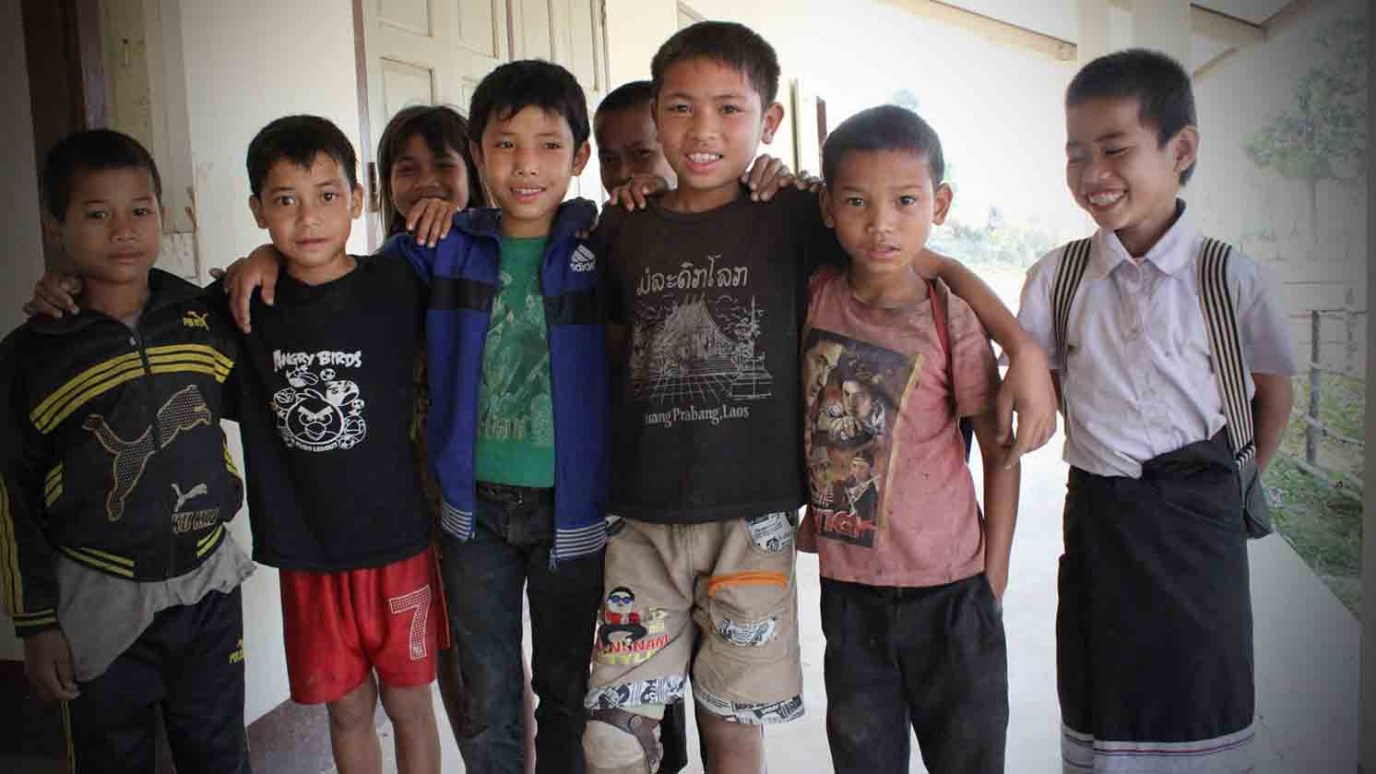 Yaok, a Laotian boy who lost his leg to a leftover Vietnam War-era bomb, stands tall on his prosthetic leg with his friends at school.

From 1964 to 1973, U.S. warplanes dropped more than 260 million anti-personnel cluster munitions over Laos, and about 30 percent of them didn’t explode, according to Laotian authorities. Unexploded ordnance left over from the Vietnam War litters the countryside.

Decades after they dropped from the sky, bombs are still killing civilians.

A landmine monitoring group estimates that 50,000 people in Laos have been killed or injured by air-dropped ordnance since 1964. Many of the casualties are children like friends of Yaok who were killed by the bomb blast that cost him his leg.

Yaok is a World Vision sponsored child. The organization helped his family to get the medical care and rehabilitation he needed.

“The timing was critical,” says Vilasai Thammavong, a World Vision staff member who worked closely with Yaok’s family. “The doctor told us the boy’s leg was seriously infected. His leg would have to be amputated in order for him to regain mobility.”

Three years later, Yaok runs and plays using a prosthetic leg. He helps with family chores. But still he worries about the unseen bombs in his community.

“I am afraid that this will happen to other children again,” he says.