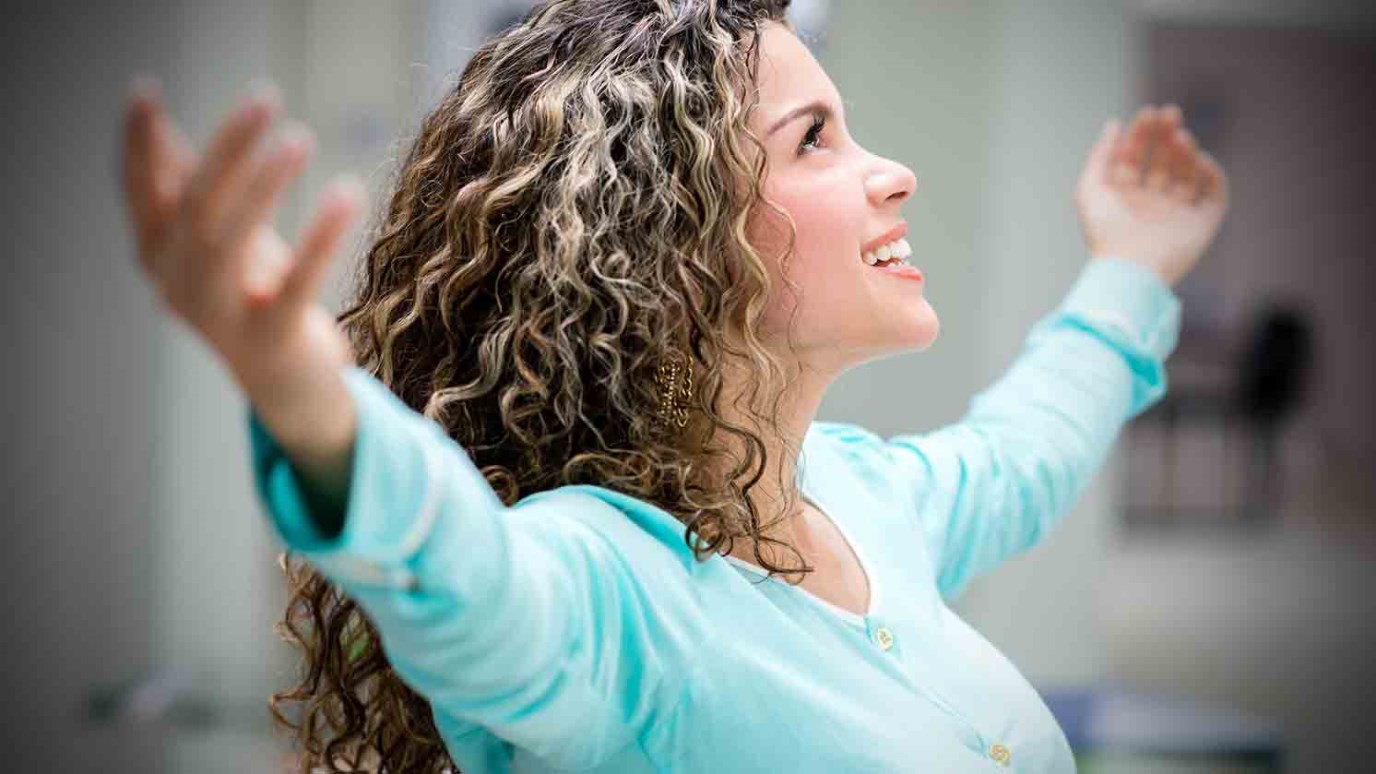 The empty tomb is a reminder to every Christian who has ever felt ashamed and defeated that Jesus sets us free from the bondage of sin.

But when the day was now breaking, Jesus stood on the beach; yet the disciples did not know that it was Jesus. John 21:4 (NASB)

It was Sunday morning, and she would normally be in church. But not this Sunday. She was mad at God and tired of pretending to be the perfect Christian. Broken inside, she sat on her sofa flipping through TV channels, when she heard Dr. Charles Stanley preaching a message entitled You Are Forgiven.

In a split second, she went from the sofa to the floor and found herself crying and asking God, “Is this true? Am I forgiven?” For some time she had been mad at God because she had begged Him to heal her dad of cancer, but instead God took him to heaven. She had tried to live the Christian life by teaching Bible studies and Sunday School. Her husband had even left his job to obey God, yet God had not answered her prayers for healing.

In her mind, God was not good, and He could not be trusted. Her brokenness came from a longing deep within to trust God again. But the shame of her anger kept her feeling hopeless. She dare not try to trust Him again.

No one understands this young woman more than I do. Because I am this young woman. Long after I received God’s forgiveness, it remained hard to forgive myself. At church when I heard the pastor say to shake hands with the people around me, I would think to myself, If you knew me, you would not want to shake my hand. But God began to heal my wounded heart. As I began to read the Bible, I learned about Jesus’ disciple named Peter. Peter would have understood the shame I felt from walking away from the God you love because his story is much like mine.

As tension mounted before Jesus was crucified, Peter promised to never leave Jesus. Yet the evening before they hung Jesus on the cross, Peter denied Him three times. So when Jesus rose from the dead, Peter had to live with the fact that he had denied the God he loved three times. In his shame and grief, Peter felt his only option was to return to his fishing business.

However, Jesus went after Him! As Peter and the other disciples struggled to catch any fish, Jesus (unbeknownst to them) told Peter to cast his nets to the right side of his boat. Immediately they caught a great number of fish and realized it was Jesus on the shore. Jesus had risen from the dead! Jesus was standing on the beach! He was standing in victory! He had declared victory over death, and He was offering Peter that same victory. Jesus called to Peter after he had failed Him. Jesus’ resurrection offered forgiveness and freedom.

As I read this story so many years ago, I knew Jesus had come to offer me that victory the very day I knelt down and received His forgiveness. Forgiveness produces freedom, and freedom allows us to walk in victory. The cross is a symbol of forgiveness; the empty tomb is the evidence of victory. For years I believed it was up to me to live the Christian life until I realized it was Jesus who would live His life through me. The day Peter saw Jesus, he jumped out of the boat running toward Jesus with his fish in his nets. But Jesus already had fish cooking and did not need his fish. Jesus’ desire is for us to bring Him all that we have, but He doesn’t need anything we have to offer. Giving our all to Jesus reminds us that He is more important than anything we have—even if that means giving your loved ones back to Him.

The empty tomb is a reminder to every Christian who has ever felt ashamed and defeated that Jesus set us free from the bondage of sin. Jesus stands for victory, and we can stand in Him. Just like Peter jumped out of his boat and ran toward Jesus, we can walk out of our life of sin and shame and allow Jesus to do for us what we could never do for ourselves. In our own strength, we will continue to fail. If we are to experience freedom, we must stand in Him. Victory comes when we don’t look back but run toward the God who died to set us free from the bondage of shame. Through Jesus, we can stand in victory! The empty tomb is our reminder of victory. We aren’t fighting death; we stand in victory!