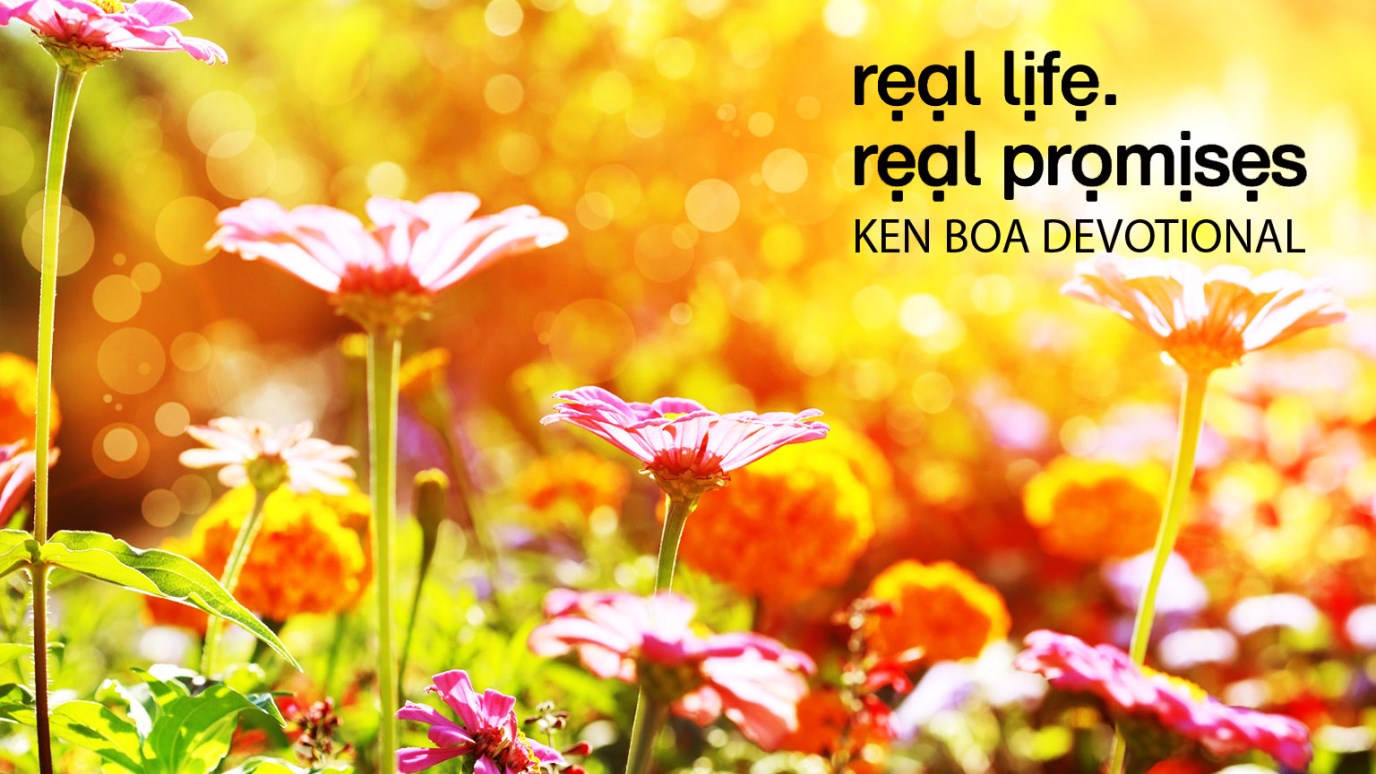 If you are thirsty, you need never go through a dry season again. Let His living water flow from within you today.

The Temple mount in Jerusalem had at least 37 great water cisterns, one of which held between two and three million gallons of water. The cisterns kept people alive in the dry, lip-cracking summer months. God is referred to in Jeremiah not as a cistern of living water, but a spring of living water (Jeremiah 2:13; 17:13). He was a natural, free-flowing, drink-all-you-want spring of spiritual life.

On one occasion, God rebuked Israel’s idolatry by using water and cisterns as a picture they would readily understand. Not only had Israel forsaken their free-flowing spring of spiritual life, they had built cracked, broken cisterns of their own that leaked the water and ran dry as fast as they filled them (Jeremiah 2:13). Their cisterns? Idols. Trying to get spiritual life from an idol was like pouring water into a cracked cistern. You never have time to drink because you’re constantly repairing the container.

Jesus stood up at the Feast of Tabernacles in Jerusalem hundreds of years later and said that streams of living water could flow from the Jews if they would believe in him! (John 7:37-38) This would amount to blasphemy for a religious Jew, for living water could flow only from God himself, as Jeremiah had said. But then they likely would have remembered Isaiah 58:8 where God had told their forefathers that those who believe and obey him would be “like a spring whose waters never fail.” Standing on a mountain honeycombed with cisterns, Jesus divided Jerusalem like a cracked cistern with his words (John 7:43). He suggested they were dry idolaters, echoing Jeremiah, but offered them “Springship” if they would believe in him, repeating God’s offer through Isaiah. And he did it all in late October when water was plentiful from winter rains. He was talking about the dry state of their souls.

What Jesus didn't tell them, but John tells us (John 7:39), was that Jesus was referring to the Holy Spirit. Believe in Jesus, receive the Holy Spirit, and become a source of living water, of spiritual life. If you are thirsty, you need never go through a dry season again. Let his living water flow from within you today.

God’s Promise to You: “You will never be spiritually dry if you believe in my Son.”

Do You Want to Be Amazed and Awed?
Bob Christopher

The Christian Life in a Nutshell: Past, Present, Future
Brandon A. Cox

Meekness Defined: John the Baptist
Bryant Wright
Follow Us
Grow Daily with Unlimited Content
Uninterrupted Ad-Free Experience
Watch a Christian or Family Movie Every Month for Free
Early and Exclusive Access to Christian Resources
Feel the Heart of Worship with Weekly Worship Radio
Become a Member
No Thanks