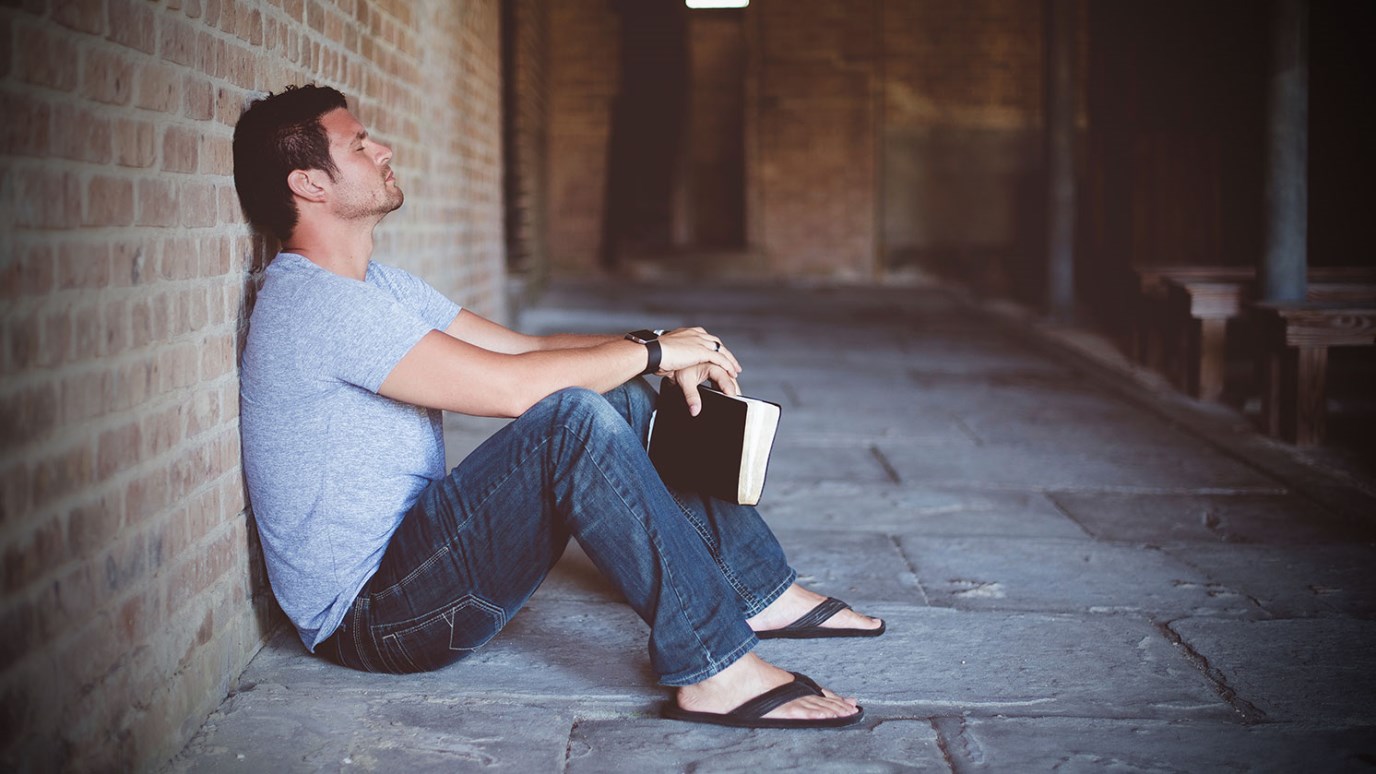 Perhaps our capacity to pay attention to God — like the capacity to lift weights or speak Spanish — only gets stronger when it gets exercised.

Psychologists who deal with the study of perception refer to a phenomenon called “habituation.” The idea is that when a new object or stimulus is introduced to our environment, we are intensely aware of it, but the awareness fades over time. So, for instance, when we first begin to wear a new wristwatch, we feel it on our wrist constantly, but after a while we don’t even notice that it’s there.

When people move into a new home, they generally have a list of things they must repair or remodel because the sight of them is intolerable. Five years later, they may still have the same list, but the lack of repair doesn’t bother them anymore.

Years ago we had a dog that used to eat our furniture. When I say “eat,” I don’t mean “chew on.” He ate the top off the ottoman in front of our sofa so that the foam rubber was exposed, then he ate most of the foam rubber. The pathetic part is, we got used to a half-eaten, foam-rubber-exposed ottoman. After a while, we didn’t even notice it anymore. We habituated.

One of the greatest challenges in life is fighting what might be called spiritual habituation. We simply drift into acceptance of life in spiritual maintenance mode. We rationalize it because we think, “I’m not involved in major scandalous sin. I haven’t done anything to jeopardize getting into heaven. I’m doing okay.” And we forget that Jesus never said, “I have come that you might do okay.” Okay is not okay. We have a kind of spiritual attention deficit disorder that God will have to break through.

When life is on spiritual autopilot, rivers of living water do not flow through it with energy and joy. Instead it looks like this:

I yell at my children.

I worry too much about money or my job.

I get jealous of people more successful or attractive than I.

I use deception to get out of trouble.

I pass judgment on people, often when I am secretly jealous of them.

Spiritual habituation is in some ways more dangerous than spiritual depravity because it can be so subtle, so gradual. Mostly it involves a failure to see. We are drawn to children and saints and poets because they notice things that the rest of us have forgotten to see. “I hold this against you,” Jesus said to the church at Ephesus. “You have forsaken your first love.”

In Genesis 28, God sent Jacob a dream at Bethel. So why doesn’t he send us all dreams every night? Why doesn’t he make every day a rainbow day and send epiphanies twenty-four-seven? Maybe it’s because God wants us to learn to see him in the ordinary rather than be dependent on the extraordinary. Maybe it’s because if God regularly satisfied our demand for special effects it would be like a mother who inadvertently trains her children to pay attention only when she raises her voice.

Nancy and I have discovered a strange parenting phenomenon. When we raise the volume level to get our children’s attention, they pretty quickly tune us out. But when we lower our voices to speak about something private with each other (birthday presents, maybe, or modes of punishment), our kids become instantly attentive. Words we try to whisper will be heard three rooms and two closed doors away. It is as if our children have an inner instinct for when we are trying to keep information from them and suddenly develop auditory abilities that CIA operatives would pay for.

Maybe the reason God lowers his voice is so we will learn to pay attention.

Perhaps our capacity to pay attention to God — like the capacity to lift weights or speak Spanish — only gets stronger when it gets exercised.

Maybe ordinary days aren’t “ordinary” at all, but part of the required course to develop wonder-filled eyes and praise-fluent tongues.

Tell the Truth to Yourself
Dr. Randy Carlson
Follow Us
Grow Daily with Unlimited Content
Uninterrupted Ad-Free Experience
Watch a Christian or Family Movie Every Month for Free
Early and Exclusive Access to Christian Resources
Feel the Heart of Worship with Weekly Worship Radio
Become a Member
No Thanks