Special Meal? Sharing Your Bed? Parents, What Are You Thinking? 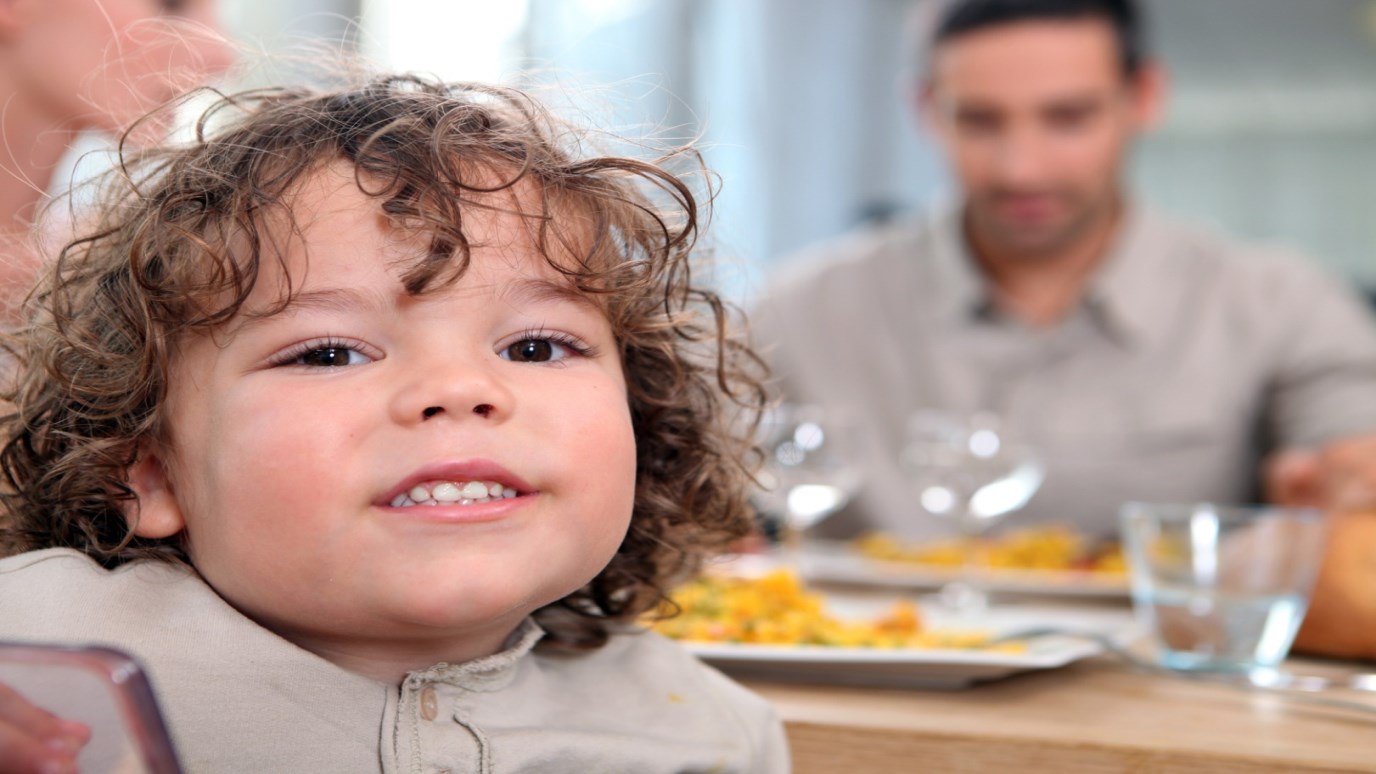 The first question is "Why at dinnertime should children be served what everyone else in the family is served?"

This question would have never occurred to my parents (or any of their peers or ancestors), but the parenting worm has turned mightily since the 1950s, the last decade during which parents were completely comfortable with their authority. The present generation of parents is confused and uncomfortable, which is why they allow their children to make decisions that make no sense.

The answer: A family is a group of people who share resources. In a family, no one is more special, more deserving, than anyone else. It follows that when a family sits down to dinner, everyone should partake of the same meal.

Someone in ReaderLand protests that she fixes Little Johnny a boiled hot dog and precisely browned 'tater tots when the rest of the family is eating roast beef, mashed potatoes, and broccoli because the latter trio triggers LJ's regurgitative reflex.

If he refuses to eat, excuse him from the table and cover his plate. When he later complains of hunger, microwave his plate and set it in front of him, plastic bucket to the side. LJ will survive this ordeal - it may take several weeks from start to finish - with significantly lower self-esteem and a significantly more liberal palate, meaning he will be a much happier child.

The second question: "Why should a child not be found sharing his parents' bed?"

In this case, the issue is boundaries. Parenting is a form of leadership, and in any leadership environment, there must be a boundary between those who lead and those who are led. This boundary distinguishes and generates respect for the leaders. The so-called "family bed" eradicates this boundary, creating a condition wherein children are de facto members of the wedding.

The marital bed is Boundary No. 1. In its absence, parents will pay the devil trying to establish and enforce any other boundary. Since discipline is mostly about boundaries, this means that they will pay the devil when it comes to discipline (about which they will be in a self-protective state of denial). Their children are doomed, therefore, to disorders of opposition and attention (which everyone but them will notice).

So, a reader asks, "How do we get our children out of our bed?"

Easy. You tell them, today, that Dr. Van Meanie has said that tonight is the last night the children can sleep with you. "So, " you say, "let's have as much fun as we can! How about a pillow fight!" And then, tomorrow night, remind them of the doctor's orders, tuck them in their own beds, kiss them goodnight, tell them that it's fine if they feel the need to scream and cry for a while. Lock your door, and take a second honeymoon.

Just Say No! But Why?
Karl Benzio, MD