Speaking Out Against Trafficking 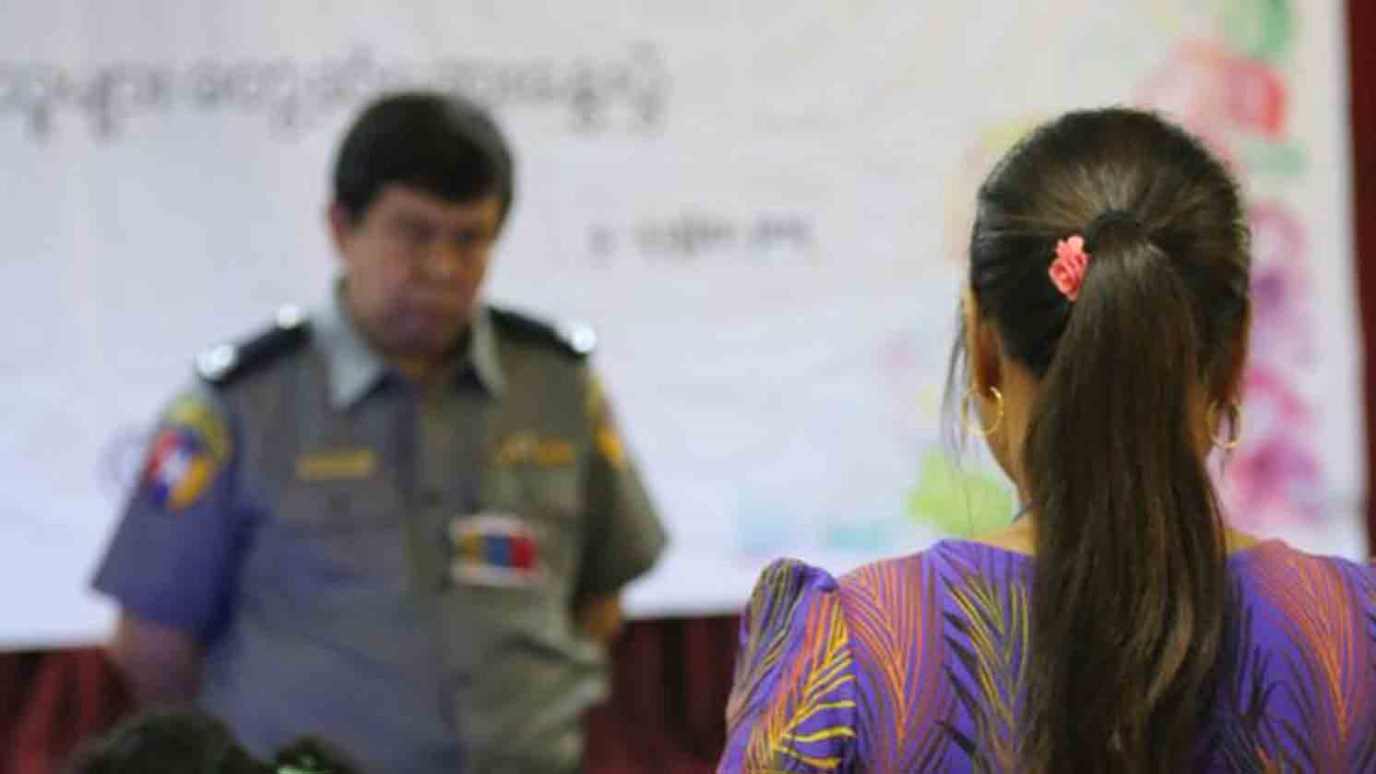 Kyi Kyi gives testimony about her time in modern slavery, trafficked as a bride into China.

Now Kyi Kyi reverses years of silence by role-playing, practicing what it will be like to speak out to authority along with 36 other victims of trafficking who will tell their stories. This is her preparation before traveling to Yangon, Myanmar’s capital, for an audience with national officials.

Between talks of healing from trauma, and learning about cash – which most survivors were long denied – the group will learn about Myanmar’s justice system, legal recourse and government agencies tasked to prevent abuses the group endured for years – in silence.

Kyi Kyi’s story: Newly pregnant, she accepted marriage to a Chinese man to pay off family debts. Six months later in China, after receiving only one-third of the promised sum (the rest went to her broker), she realized she had been trafficked. In her ninth month of pregnancy, she was caught trying to escape and was beaten.  After the baby was born, she tried to run again. This time she succeeded, but left her baby behind in the man’s house. She is now with family outside Yangon.

Kyi Kyi bravely shares her story with other survivors and officials. Surivivors often keep silent about their recent past, but in these meetings, they exchange details about deceptive brokers, continued nightmares, and their feelings of self-doubt.

They are also developing recommendations for the government on how to best support survivors, and how to prevent others from being trafficked. Committed to saving others from trafficking, there, finally, they can break their silence.