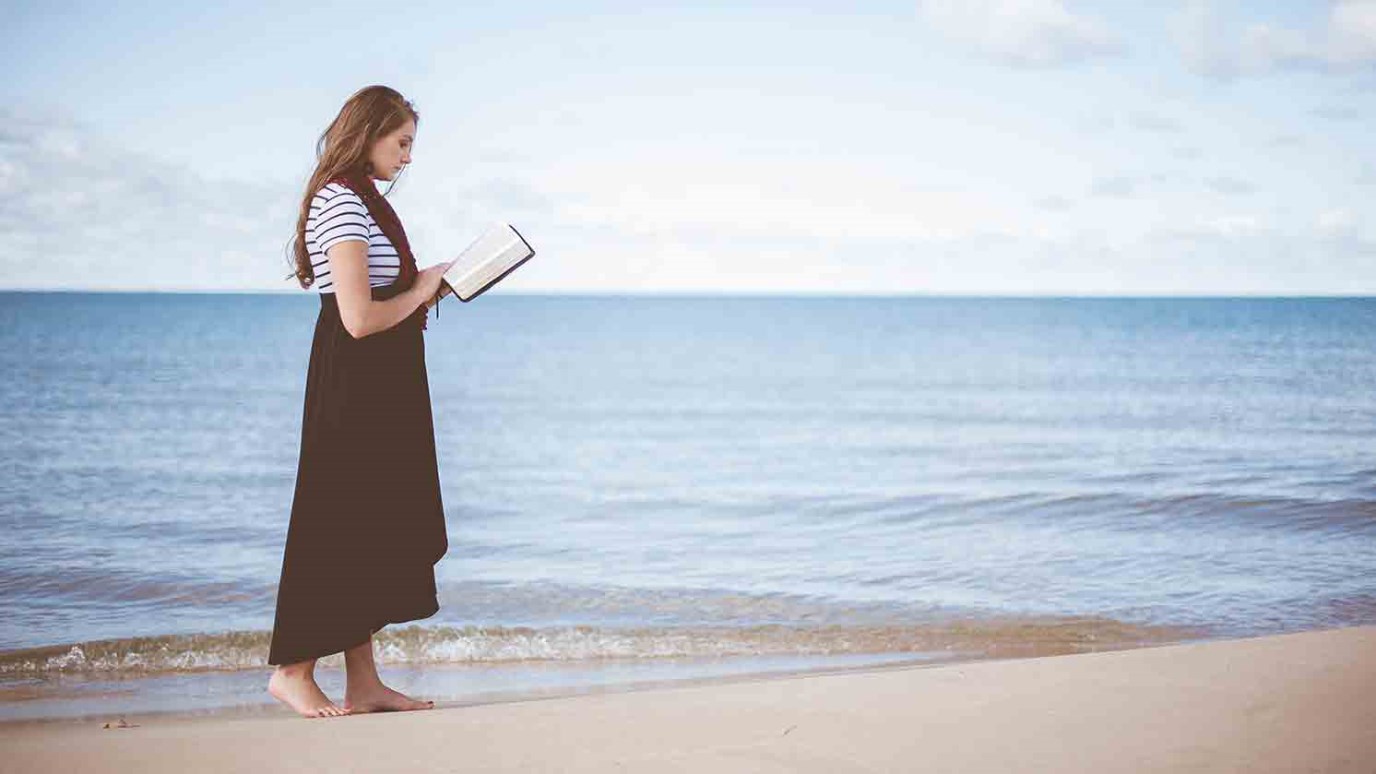 You don't have to be afraid of truth. God's straight truth is mightier than the devil's crooked lies.

When President John F. Kennedy was shot in 1963, it took the world about two to three hours to get the news. In 1999, when John Kennedy, Jr. was killed in a plane crash, it took the world two to three minutes to get the news. Jesus died on a cross two thousand years ago, and a huge part of the world still hasn't heard the message of redemption. Part of engaging the world with God's truth is vocally sharing a witness -- what Peter called giving every person "a reason for the hope that is in you" (1 Peter 3:15).

In the second half of Daniel 2, the young prophet Daniel spoke out to King Nebuchadnezzar about a dream the king had -- a remarkable dream that took a sweep of the future all the way to the second coming of Christ. Let's consider four ways that Daniel spoke and how they can guide our own interactions with unbelievers.

Number one: Daniel spoke out with authority: "I will tell the king the interpretation" (v. 24); "This is the dream. Now we will tell the interpretation of it" (v. 36); "The dream is certain, and its interpretation is sure" (v. 45). There was a ring of authority in his voice. Why? Because this was the Word of God he was speaking. And by authority, I don't mean arrogance -- I mean confidence. Confidence comes from the fact that the message you share is God's truth. The most effective people in sharing their faith are those who are confident in believing their faith. And so it was with Daniel.

Number two: Daniel spoke out with humility (see vv. 26-30). Daniel knew what the king had dreamed and what it meant; he easily could have said, "I happen to be the wisest guy on earth." But instead he said, "There's a God in heaven who knows everything. I'm not better, smarter, or wiser than anybody else." When you speak to an unbeliever, humility is so important. Listen to the other person. Find out what their questions and concerns are. Give them the truth in doses. Don't point to yourself; point to God.

Number three: Daniel spoke out with accuracy -- what he interpreted as prophecies actually happened in the course of history (see vv. 31-45). Nebuchadnezzar's dream of a polymetallic statue of a man represented different rules of humankind: Nebuchadnezzar's (see vv. 37-38), the Medo-Persian Empire (see v. 39), Alexander the Great's empire (see v. 39), and the Roman Empire (see vv. 40-43). But the best part is the last part -- the everlasting kingdom: "In the days of these kings the God of heaven will set up a kingdom which shall never be destroyed" (v. 44). This is Christ's kingdom, which will also come to pass; it's only a matter of time.

Number four: Daniel spoke out with victory. Let verses 46 and 47 just wash over you. Here was a pagan, polytheistic king making a confession of faith -- however deep or shallow -- that all of his gods were wrong and that he believed in Daniel's God. All because Daniel dared to speak God's truths in a pagan culture to a pagan king.

Here's the takeaway: you don't have to be afraid of truth. God's straight truth is mightier than the devil's crooked lies. I understand that not everybody is vocal. We're not all wired that way. But I challenge you to get out of your comfort zone.

God has come with a message of freedom: two thousand years ago, His Son died on the cross to take away punishment, to open up the doors of heaven, and to give us everlasting life. That's not just good news, that's great news! I pray that the Lord would help us boldly engage in intelligent conversation and, by Spirit-led persuasion, reason with those in the world about these truths that are so precious.