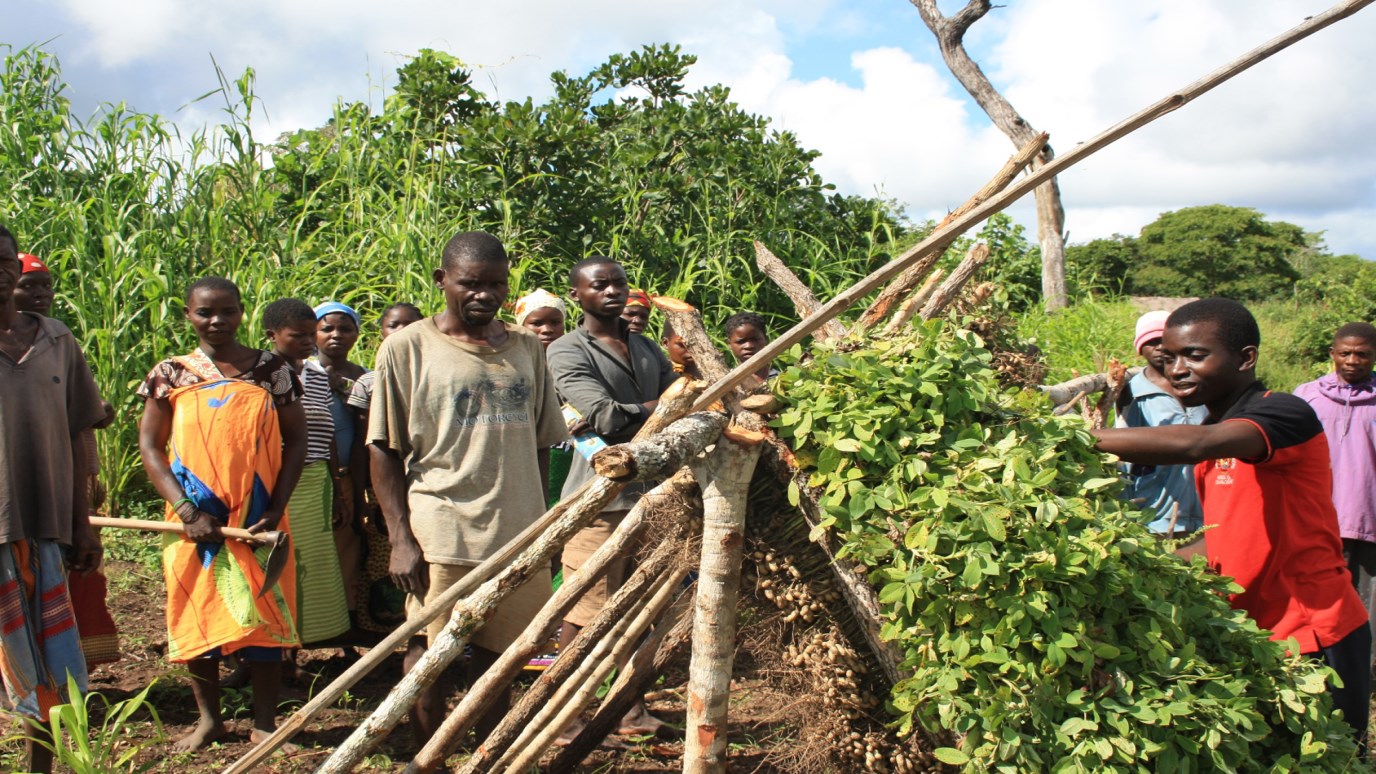 A man who was sponsored through World Vision returns to Mozambique to help others escape poverty.

“Put the pods fully facing up, away from direct contact with the soil surface and existing moisture,” says José, as he lines up peanuts in the dryer. “This will avoid decay, loss of pods, and excess moisture.”

José’s guidance is highly valued in his community of Mulharia, where the population depends on farming. José himself might have been a subsistence farmer like his parents, but thanks to World Vision child sponsorship, he is a trained agriculture technician.

When he was growing up in Muecate, a semi-arid village in northern Mozambique, many parents couldn’t provide even the basics for their children.

“Sometimes we had one or two meals a day,” José says of his parents and two brothers. “We have grown up eating cassava porridge and cassava leaves.”

High rates of malnutrition and malaria devastated children younger than five. The community had no health clinic or easy access to clean water. Families scraped by. There was little money for school fees or supplies.

“I remember once I missed lessons for almost a week because I did not have exercise books,” says José.

World Vision came to Muecate in 2001 to help the community overcome these obstacles—and to make life better for children like José, one of the first sponsored children.

Always first in his class, José completed fifth grade—but to continue his education, he would have to study at a vocational school far from home. Paying additional school fees was unthinkable for his family. World Vision was there to help.

“It was like the end of a nightmare,” José says. “World Vision helped my parents to pay my school [fees], school boarding, and whatever I needed during my education.”

In addition to school assistance, José also treasured the letters of encouragement from his sponsor, who was “like a father” to him.

“He used to ask about improvements at school, my family, and my dreams. I felt that he really cared about me,” says José. “I am what I am today because of him. Without his support, probably I would be a farmer just like my parents, my grandparents,” he explains.

In his job as a farming technician, José assists about 500 local farmers. He plans to return to school to become an agricultural engineer.

For now, he’ll make sure local farmers are properly drying and storing their crops—one significant step among many strides his community has taken since 2001.

“If we look back, we have improved a lot,” José says. “We have potable water, school infrastructures, teachers being trained, farmers improving their crops, and even education is more valued now, thanks to World Vision.”