‘South Sudan Made Me Cry’ 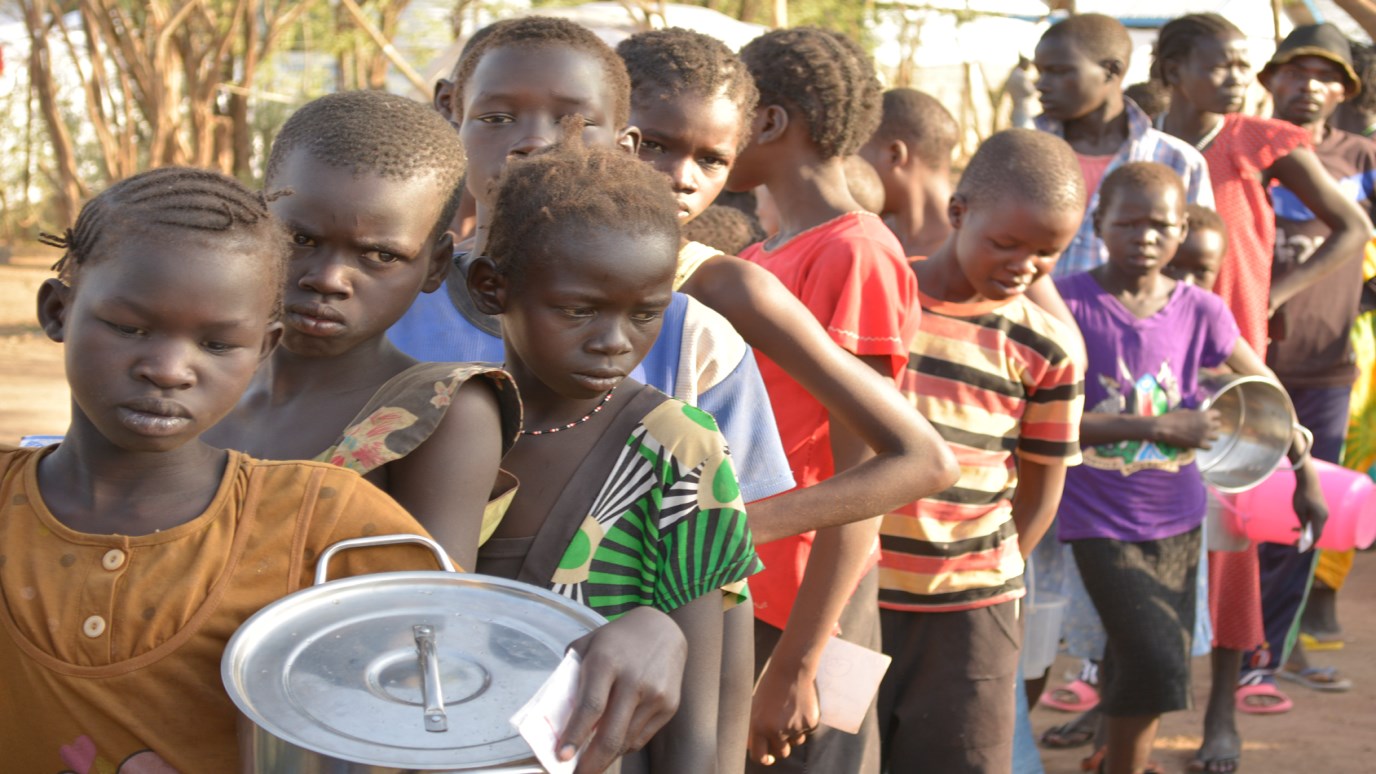 A hardened humanitarian worker is moved to tears by the plight of children in South Sudan.

I’ve been working in the world of humanitarian aid for about seven years now. I’m exposed to desperate situations almost daily. Heartbreaking stories come across my desk. I’ve always thought that I had a pretty tough skin until I went to South Sudan.

South Sudan made me cry.There was a haze of death. I was told that in weeks previous, the bodies of those trying to escape the violence littered the streets. Not any more. Their remnants had been picked clean by animals. These were children, mothers, and families.

Since December 15, armed conflict has killed thousands and driven more than 950,000 South Sudanese from their homes. The people face starvation in the coming months if violence keeps displaced families from returning home to plant their crops.

World Vision is responding throughout the country, as well as in western Uganda and northwestern Kenya, where thousands of South Sudanese have fled across the border for safety.

The impending rainy season is only going to make matters worse. And the stories. Consider Amina, a mother of seven. She was shot in the leg while fleeing the violence with her children, three of which were abducted. She has not seen them since.

These stories made me feel mad, but it was three little boys walking outside of our office in Juba that broke me. These boys, maybe 3 or 4years old, were wandering around just being kids. They didn’t have a care in the world as they jumped in puddles and kicked around an empty water bottle. I highly doubt they understood what the conflict in their country was all about, or what it would mean for their future.

It was the innocence of these kids that broke my heart. So many thoughts ran through my head. What do kids do when they are wakened in the middle of the night to shooting and shelling all around them? Who is taking care of them? Will they ever go to school? The situation for children is not getting better. Death and disease stalk them at every corner.

We must do something for the children of South Sudan.