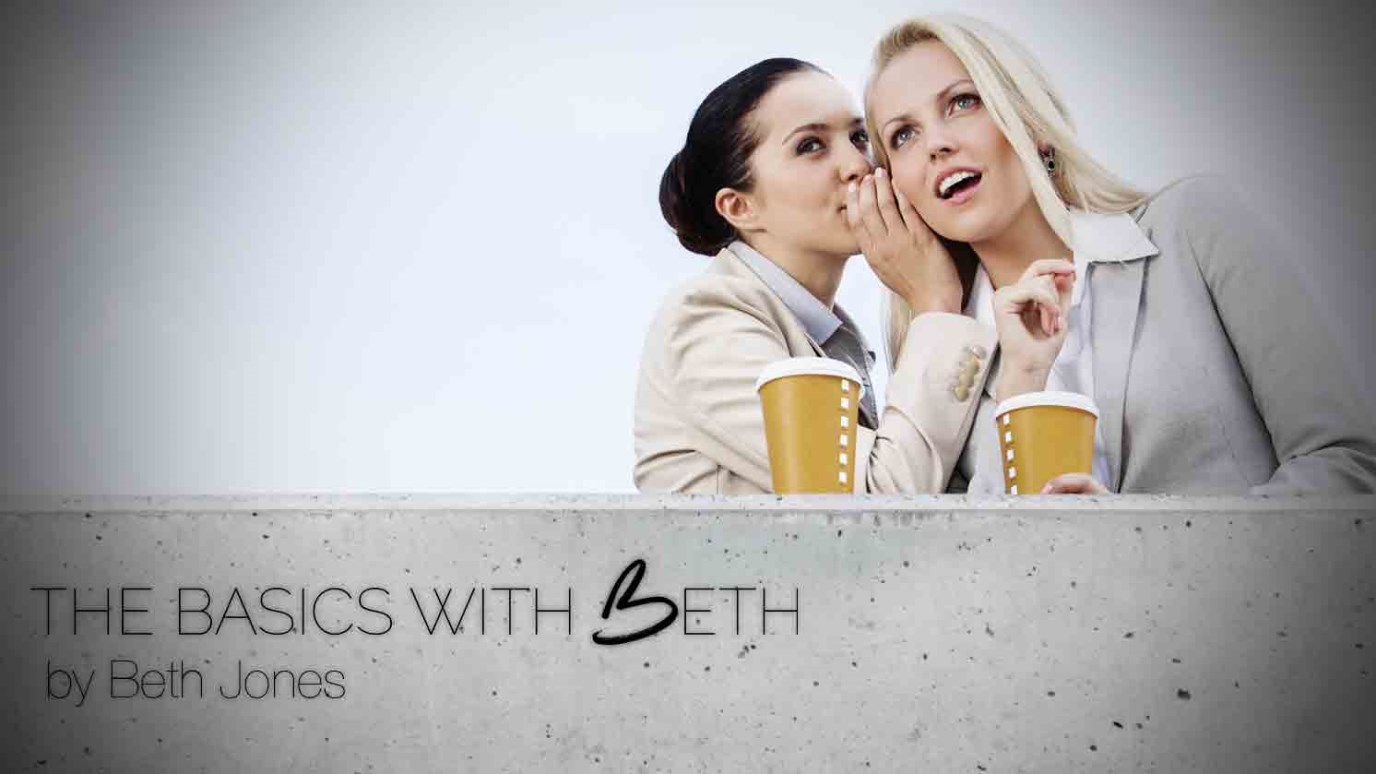 The rumor spread. Even in Jesus own ministry people started rumors! Sound bites aren’t new, people misquoted Jesus and got the story wrong.

What does that mean for us today? Don't believe everything you hear! In seasons of political frenzy, social media sound-bites, liberal and anti-Christian agendas – don't accept everything hook, line and sinker! Ever "heard it through the grapevine" – only to discover that the grapevine was polluted?

Sad to say, these days you can't trust many of the headlines, editorials or reporting that's done in the name of fairness. There’s often a bias in this culture of sound bites, video clips, organizational motives and political spin. Unfortunately, there are many that can't tolerate the "good news" so, they resort to mocking, scorning and sarcasm. Misinformation, rumor and the grapevine does damage. The bummer is that good people get hurt; bad people get notoriety and the average citizen never gets the truth.

Maybe you've been the target of defamatory comments. If you've ever been misquoted and taken out of context, you're in good company – Jesus was, too! He dealt with the plague of misinformation. On numerous occasions the authorities thought they had it right about Jesus and the things He said... but they were often wrong.

In the Christian world there is a grapevine. Don't start a rumor and don't believe the grapevine! Sometimes, believers hear one juicy tidbit and the suspicion, accusations or dissing begins! Don't do it. Love believes the best. No matter what you hear – it's not the whole truth. If you've been misrepresented by others, Proverbs give you great comfort… "The man who sets a trap for others will get caught in it himself. Roll a boulder down on someone, and it will roll back and crush you." (Prov. 26:27 NLT) Whoever digs a pit for others will fall into it himself. Retribution belongs to the Lord.

Say this: "Father, I will believe the best about others. I will do unto others as I would like them to do to me. I pray for those who are in the spotlight. I ask You to strengthen them today and help them to move forward in confidence, integrity and faith in You. In Jesus' Name. Amen."

It Takes One to Know One
Beth Jones