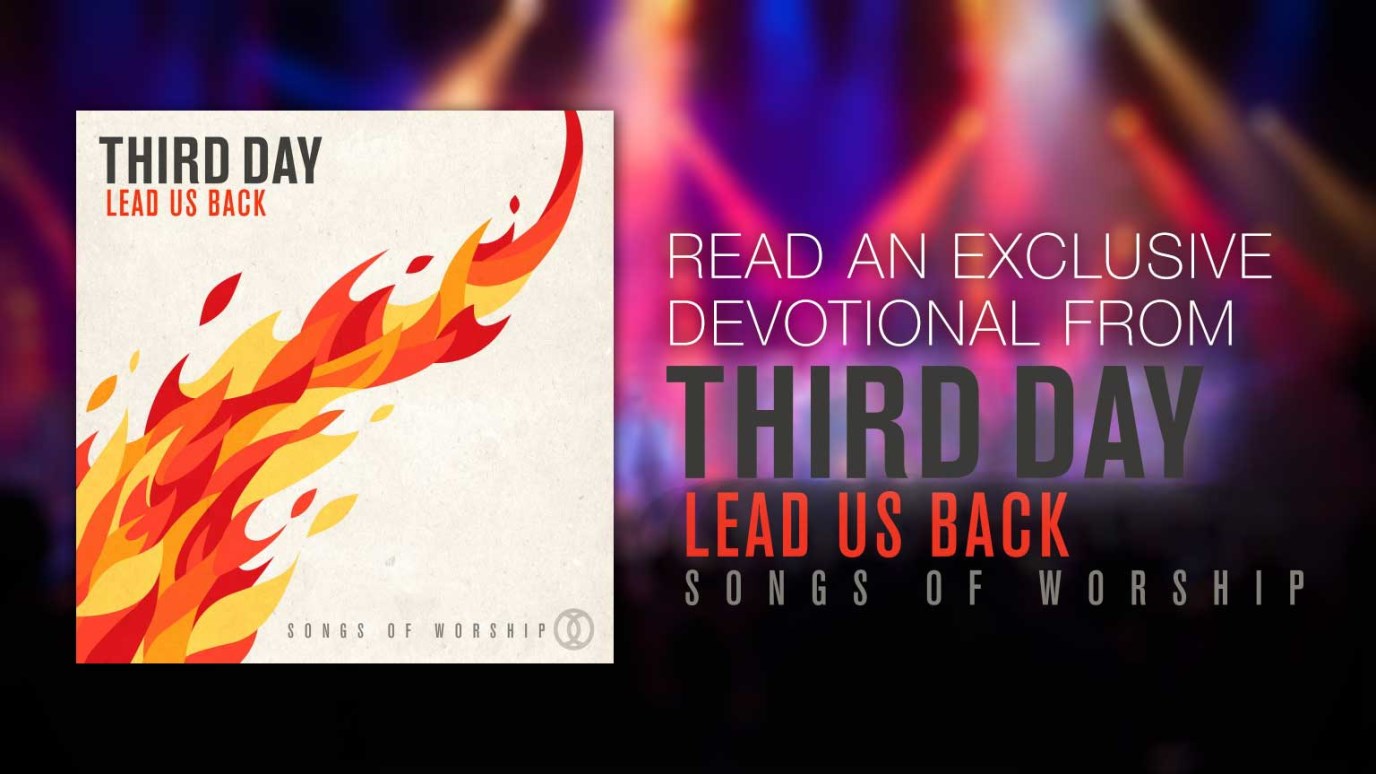 God’s fire is all-consuming; it will never go out. And if we sit in His presence, He will rekindle the fire of our faith.

In Exodus 3 we find Moses in a desperate place. He has killed a man and has fled Egypt, and now the former grandson of Pharaoh is living a humble life as an outcast. And as he tends his father-in-law’s flocks, he comes across a most curious sight: a bush filled with a fire that will not go out.

God could have revealed himself to Moses in any number of ways. Yet he presented himself as an unquenchable fire. This fire theme appears time and time again throughout the Scriptures, whether it be a pillar of fire piercing the night sky and leading the Israelites through the desert, or the fiery furnace into which three Hebrew children were cast but came out unscathed. Ezekiel was forever changed by a vision of a fire in the sky. Later, God is described as a “consuming fire” (Hebrews 12:29), inspiring one of Third Day’s earliest songs.

The God that Moses met in the desert is the same as the God we can know today. At his heart he is an untamable, all-consuming fire. Just like Moses, our early faith experiences can involve a fiery encounter, and we can come away, as John Wesley said, with our heart “strangely warmed”. We are a “soul on fire”.

God used Moses to lead the Israelites out of Egypt in epic fashion. But later in his life, things got hard again. As he faced all kinds of trials, surely Moses thought back to that original encounter with God at the burning bush and wished he could reignite that passionate fire of faith, returning to a place of simple trust. Similarly, we go through the briars and brambles of life and feel knocked down and defeated. We long for the initial fire of faith we had in our original meeting with God.

It is easy in times like these to look at ourselves. We must have done something to get that fire of faith to begin with, so it only stands to reason that somewhere along the way we did something wrong. So now we need to do something to get it back.

God has made it clear that the way to reignite our faith is not through any sort of human striving. Rather, he wants us to encounter him anew. He wants us to spend time sitting still in his presence and basking in the fire of his love. God’s fire is all-consuming, and it will never go out. And if we sit in his presence, he will rekindle the fire of faith.

Prayer: Lord, let me burn for you again. Let me return to you again.