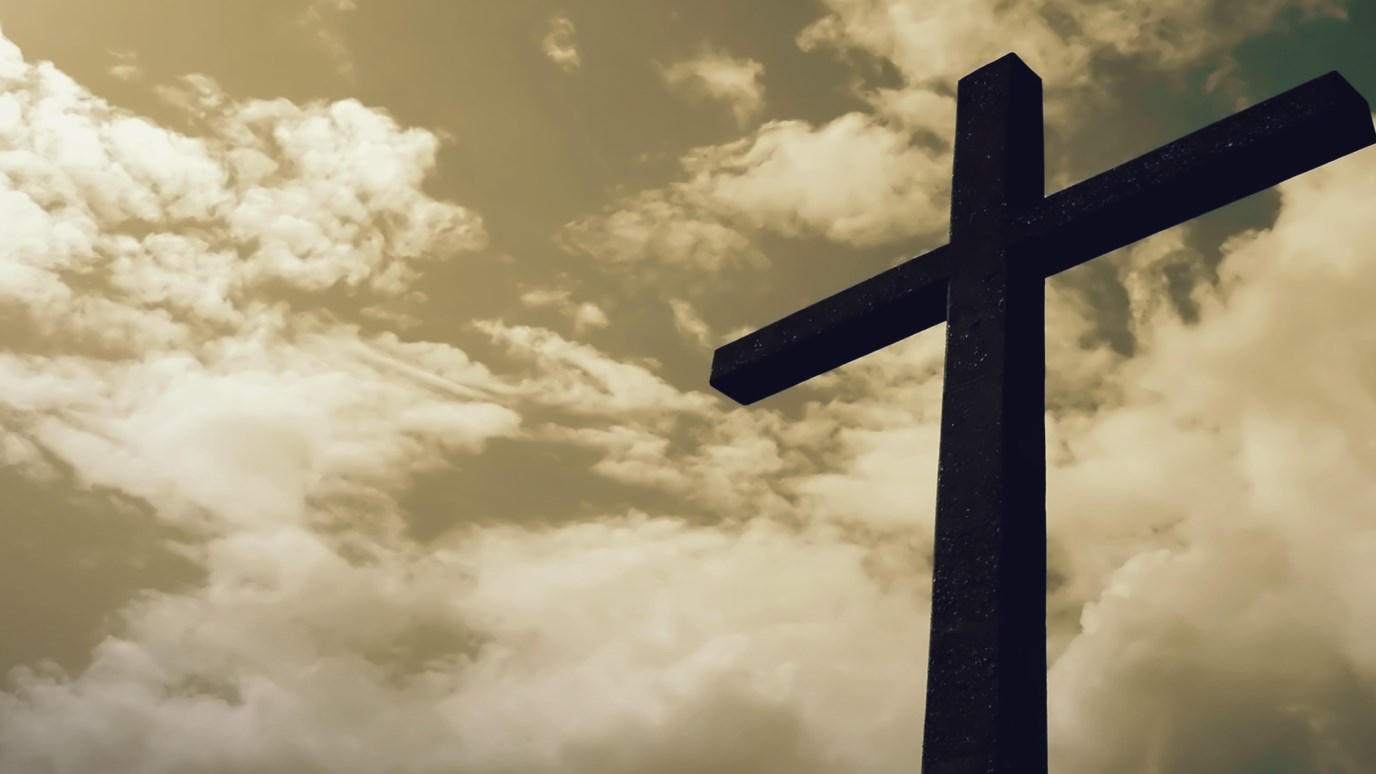 The foolishness of the Cross is the very power and wisdom of God among us. Christ alone is our wisdom and righteousness, sanctification and redemption.

In the early 1900s, a man by the name of D.R. Van Sick­le set out to prove that one does not have to be Christian to author a Christian hymn. Though he did not believe the message, he knew he could still mimic it. Despite its somewhat irreverent origins, the hymn was published and the words came to resound in churches everywhere:

All hail to Thee, Immanuel,

our risen King and Savior!
Thy foes are vanquished, and

and Satan’s pow’r is burst in twain;
Eternal glory to Thy Name:

It is interesting to imagine what might have gone through Van Sickle’s mind when he first heard the words of his own hymn on the lips of a Christian. Did he consider his word-game a success, having fooled the believing masses with his impersonation? Did he find believers all the more foolish for embracing as meaningful words that were void of meaning? It’s a curious scene to envision: multitudes proclaiming in song the wisdom of an unbeliever, praising God with words the author himself found foolish. The apostle Paul himself would perhaps be amazed at the sight. It seems an illustration straight from the content of his letter to the Corinthians. “The message of the Cross,” he wrote, “is foolishness to those who are perishing, but to those who are being saved, it is the very power of God.”

At the time of Paul’s writing, the Corinthians were caught up in fierce arguments about the nature of wisdom. Some believed Paul was superior to Cephas; others sang the praises of Apollos above the rest, and they were beginning to see themselves in divided choirs. “I am follower of Paul” or “I follow Cephas” were the distinctions they were making amongst themselves. At the news of their arguing—and particularly at the topic of their argument—Paul was thoroughly distraught.

As they quarreled about the superiority of human teachers, Paul pled with them to see that their boasting in the name of wisdom was in total contradiction to the Christianity they professed. We do not gather to sing the praises of our teachers, but to worship God in spirit and truth. The messengers are insignificant. What we say about the Cross cannot make it bolder or wiser or more effective. The message itself is the very power and wisdom of God. And at that, he writes, it is foolishness!

God’s plan for redemption through a crucified messiah would never have been imagined by human minds. The words that Paul and Cephas and Apollos were preaching were being tripped over as irrational, implausible, and foolish everywhere they went. Yet, lives were being transformed regardless. Even now, considering the events of the Cross and resurrection of Christ, many are left with the sneaking suspicion that the foolishness of God is wiser than the wisdom of humanity. God was among us, and we didn’t even see it coming.

Faith does not rest in the wisdom of humans, in the words of our preachers, or the lines of pretending hymnists. Faith rests in the power of God alone. Paul’s response to the teaching preferences of a grumbling church was a needed reminder that the foolishness of the Cross is the very power and wisdom of God among us. Christ alone is our wisdom and righteousness, sanctification and redemption.  “Therefore, as it is written, ‘Let the one who boasts, boast in the Lord’” (1 Corinthians 1:31).

Years after D.R. Van Sickle’s words were in print, he was sit­ting in a serv­ice where a choir sang his hymn. Stirred with conviction, hearing the call of God in his own words, he surrendered his heart to Christ. “Has not God made foolish the wisdom of the world?” Paul once asked. All hail Immanuel, risen king and savior, indeed.

Grace Be with You
Anson McMahon