Something for Nothing, Part One 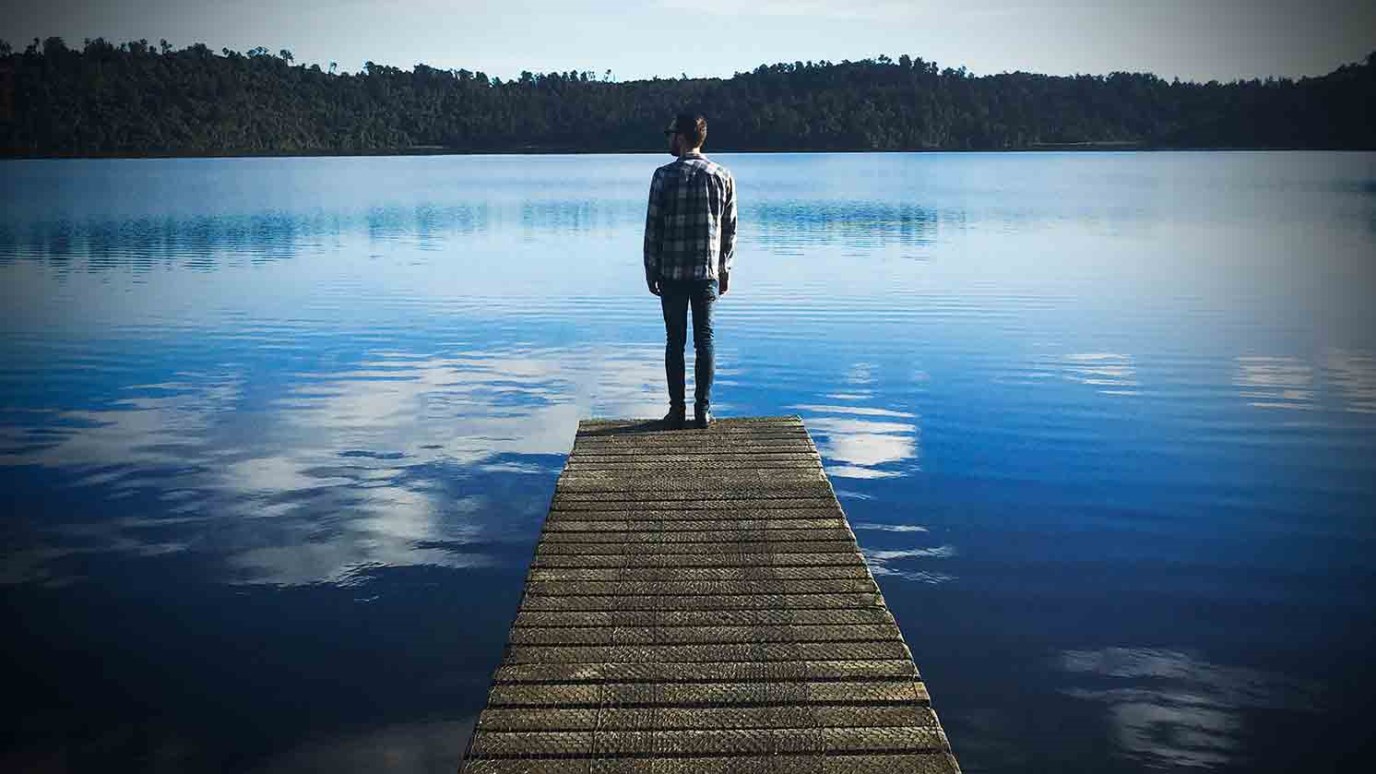 You're never going to get a blessing from God until you know what you are. And when you know that you're nothing, you'll be able to comprehend the way to Heaven.

It was springtime when Jesus lifted up His eyes and saw a great company coming to Him--five thousand it turns out. He said to Philip, "Whence shall we buy bread, that these men may eat?" (See John 6:5.) Now, of course, the Lord was on mission. It says in verse 6 that Jesus said this "to test him, for He Himself knew what He would do." The Lord had made the plan. He had ordered it as definitely as He orders the sunrise and the movements of the planets so that the eclipses come through at the appointed time. Jesus had worked all factors so that these thousands of men would come around the lake. He was there waiting to receive them because He had planned to do what He was going to do.

Philip answered Jesus, "Well, two hundred denarii worth of bread is not sufficient for them." Now a denarius was a day's wages. You remember in one of Jesus' parables, how the man went out on several occasions throughout the day and hired men to work for a denarius a day. Then there was the time Jesus paid His tax. He said to Peter, "Go fishing, and you will find a piece of money in the mouth of the fish. Use it to pay the poll tax for both of us." (See Matt. 17:27.) Half a denarius was the poll tax for everybody in the ancient Roman Empire. Two hundred denarii was two hundred days' wages.

I was talking once with a man who was getting $20 a day. Two hundred days' wages for him would have been $4,000. So, putting Philip's words in terms we can relate to, we can hear him say to Jesus, "What? Four thousand dollars' worth of bread (two hundred days' wages) would not be enough to begin to feed this crowd!"

Jesus was not disturbed by Philip's alarm. His purpose was to reveal to the disciples what they were in themselves, and what He was in Himself. You are never going to get any blessing from Him until you know what you are in yourself. And when you know you are nothing, when you really know you ought to go to hell, then you will be able to comprehend the way to heaven. But, as long as you think, "Oh, I'm not too bad," you are never going to know anything about Christianity-never-not a thing. And it is the same way in Christian work, for Christians. As long as you think you can do something by yourself, you will do absolutely nothing.

Darby made a brilliant statement when he said, "Any time a man gets out of his nothingness he gets into it." Now, at first, perhaps you don't understand what that means. If a person says, "I am absolutely nothing," then God says, "I can use you." But if a man steps out of his nothingness and says, "Well, I think I might be something," God says, "You are nothing." That person then moves from his own nothingness to the place of divine nothingness. Man trying is emptiness, but man trusting is fullness.

Then Andrew, Simon Peter's brother, said to Jesus, "There's a lad here who has five barley loaves, and two small fishes." Now, don't think of a barley loaf as a long loaf. Their barley loaves were about the size of our dinner rolls. Five barley loaves and two fishes-what is that among so many?

We can hear the boy's mother saying, as he set out for the day, "Well, Johnny, you must have some lunch. Here, take this with you." Then we see the boy going off for a rendezvous with the Lord Jesus Christ. Little did he know that what he had in his package was going to feed a multitude and furnish an illustration to demonstrate that Jesus Christ was none other than the Lord of Hosts, Jehovah the Creator Himself. I don't know how Andrew discovered that the boy had food. I don't know how he got the boy to be willing to give it up. But I do know that when a person has seen Jesus Christ, everything takes on a different value. Perhaps this was why the boy was willing to offer his lunch to Jesus.

Notice the faithlessness of the disciples. Oh, sure, Philip made a survey. That's the modern church's way of meeting a problem-make a survey, appoint a committee, investigate the problem. But that's not God's way. The boy only had a little, but a little surrendered to the Lord Jesus Christ is enough. As far as Jesus is concerned, the only way to get any place is to put whatever you have in His hands. Jesus keeps going around the world picking out people with a little nothing who are willing to give it to Him. Then He breathes on it and makes it something. When that happens, says Jesus, "My people get fed and they learn to know My power. That's the way I am doing it-and I'm doing it that way on purpose.

Jesus doesn't need your muscles, your loaves and two fishes, or any of the other resources you offer Him. He could have fed the crowd without the boy's bread. But He did it this way to show us He is never going to work apart from human instrumentality. God never saves a man directly from heaven. You and I are just little two-legged, invertebrated metazoa, unfeathered and unfurred, who have to spend all our time merely trying to keep body and soul together.

When we go to Jesus and say, "Lord, all I have are five loaves and two fishes. What good will that do?" the Lord says, "Are you willing to give it to me?" The moment we say yes, people are fedl And then God says, "I took no cherub, no seraphim, no archangel, no angel. I didn't even take an unfallen Adam. I waited until man fell all the way. When I use him, it is obvious that I'm doing the work through him, and all the glory comes to Me. I am teaching man now that he who humbles himself shall be exalted, while he who exalts himself shall be abased. I am setting forth the proposition that little is much when God is in it. I am asking man to trust Me with his nothingness."