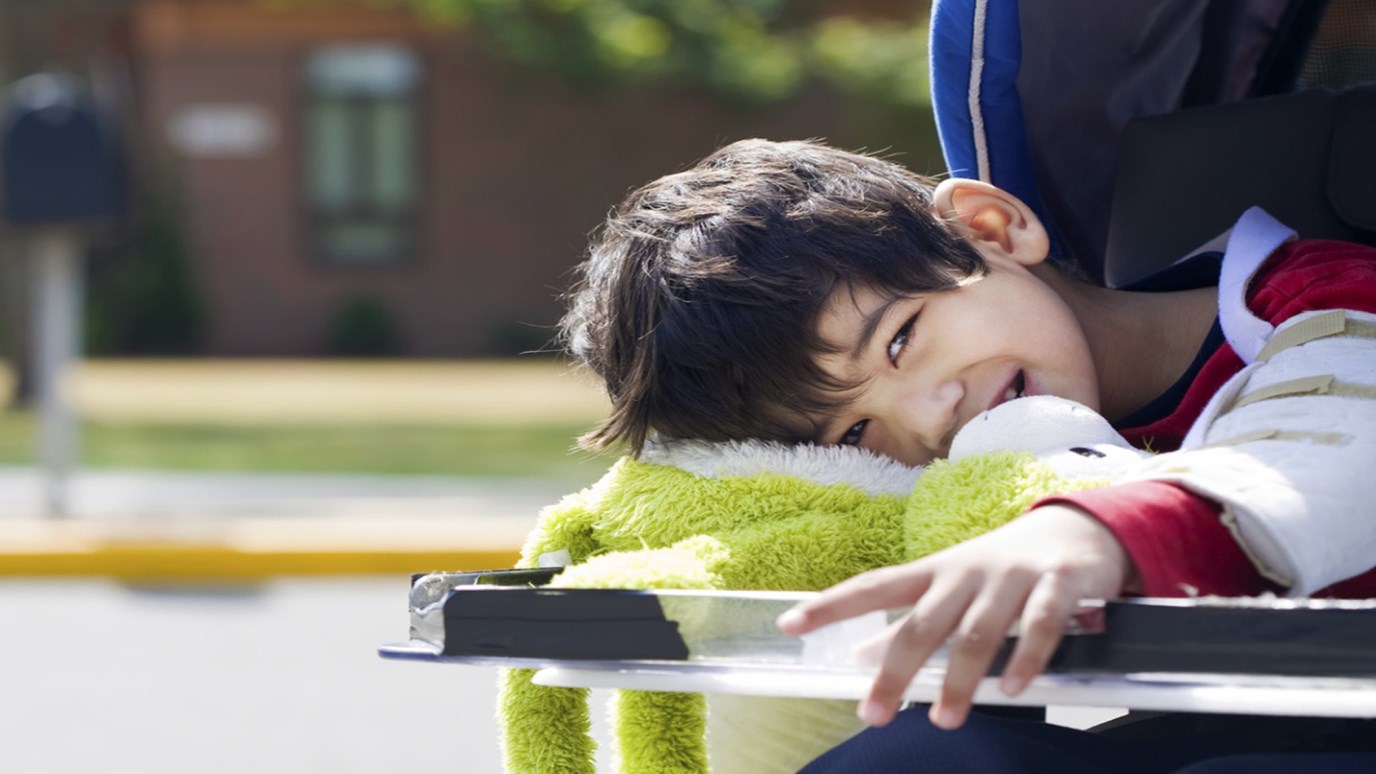 Christopher Coleman talks to Tonya Stoneman about overcoming daunting challenges through a lifetime of intimate conversation with the Lord.

When he was born, doctors declared Christopher Coleman dead and placed him on a steel table at the back of the delivery room, in order to tend to the birth of his twin sister. But when she was delivered 15 minutes later, the doctors heard two babies crying: Coleman was very much alive, and he wanted everyone to know it. The traumatic birth left him with cerebral palsy—a fact that has led to a deep sense of alienation from the surrounding world. Learning to embrace the solitary life has been key to his emotional and spiritual survival. But it hasn’t always been easy.

Visit Coleman at home today and you’ll have to look down to greet him: when he’s not seated in a wheelchair, he moves around the house on his hands and knees, positioned in a constant posture of humility. As a child, the injustice of his condition was too much for him. Only a dog moves around on all fours, he told himself. And when his siblings’ friends looked at him strangely, he barked at them as a way of dealing with the embarrassment. But the now-38-year-old sees his experience differently: “Most people stand, but when? I get up in the morning, God brings me to my knees,” he said. “He reminds me there’s nothing I can do without Him.”

Classified as mentally disabled at birth, Coleman attended a special school, but his teachers did not instruct him there. Instead, they parked his wheelchair in a corner and ignored him all day, every day. When he was thirsty, he dehydrated. When he had to use the restroom, he soiled himself. If he had questions about life or school, he answered them himself.

During those lonely hours, he began hearing the voice of God. He knows the connection was real, because when his conversations with the Lord began, he was far too young and spiritually unaware to construct the thoughts that came into his mind. He still remembers the voice that resonated in his head and heart, moving him, even then, toward where he is now: You’re going to be okay. I have a plan for your life.

As time went on, he talked to God more and more. “I shared with Him the feelings I had when I saw everyone around me—they were mobile and able to communicate, but I wasn’t,” he recalled. “I didn’t understand what made me different. But He kept telling me, ‘It’s ok. It’s not always going to be like this. Things will change.’” Gradually, his prayers shifted from asking God, “How will You get me out of my body?” to “How can I serve You with my body?”

For Coleman, the purpose of his suffering came into focus bit by bit with each passing year, marked by surprising victories. Hidden away behind the barrier of his disability, he watched how his siblings lived and, when they were asleep, crawled into their bed- rooms, took their books, and taught himself to read. During the day, as he sat for hours in the corner of the classroom, he would visualize in his mind the words he’d read the night before. This ritual continued for nine years before anyone discovered his aptitude. “They gave me an IQ test and found out I was reading and writing at a ninth-grade level. I was 15 years old and had never been taught by anyone in my life,” he said. Coleman graduated from high school with a 4.1 GPA and went on to college, where he earned a degree in communication.

Today, he’s an author and professional speaker, and his message to others is one of kinship with God that defies circumstantial limitations. It’s a process he calls “solitary refinement,” and it begins with knowing that it’s okay to ask God “Why?” Since our Father in heaven can easily create us all to be healthy and prosperous people, it’s acceptable to question why He chooses to let some people suffer instead.

“Most people come to God and say, ‘I need You for big things.’ But God says, ‘You need Me for everything.’”

“If we’re afraid to ask God why He allows things to happen in our lives, we risk missing His purpose for us,” Coleman said. “Even though we cannot see what lies ahead, we can receive spiritual vision from God by spending time with Him and understanding the objective He has for our life. When we understand the ‘why,’ we get the vision.”

Spending a lifetime in intimate conversation with the Lord has given Coleman wisdom and strength to overcome daunting challenges. “I think my time alone with God has resulted in clarity,” he said. “I recognize His voice more now than I ever have before.” He can’t say precisely how his experience in prayer is different from someone else’s, but he’ll tell you that it’s grounded in an uncomplicated relationship with Christ. “When I talk, I pray God will help me pronounce words that leave my mouth. When I eat, I pray He will help my hands move food to my mouth. When I brush my teeth and get dressed, I pray. Most people come to God and say, ‘I need You for big things.’ But God says, ‘You need Me for everything.’”

To pursue intimacy with Christ, Coleman advised that we start by reading Scripture and asking the Lord to give us insight. From there, we can begin asking questions. Ultimately, this leads to a relationship. He said that loneliness, more than anything else, has fostered his bond with God. “Loneliness is a very real feeling that we cannot ignore. God did not ignore it when He created Eve for Adam—He made us with a need for companionship. It’s okay for me to look for significant relationships, but no matter what happens, God is sufficient. That loneliness I feel inside can be filled by Him.” According to Coleman, his relationship with the Lord is based on one fact: He knows that Jesus knows him. There’s no room for pretense or conjecture. When God initially told him to share his story with others, he asked his Creator frankly, “Can’t You see my hands? My feet? Look at me. I can’t even talk properly!” And God answered, “I don’t have to look at you. I made you.”

With God, Coleman can always be himself. “My time alone with Him has allowed me to separate other people’s opinions and my own emotions from truth, to confirm what I’m hearing from the Holy Spirit,” he said. “Today, I can say that nothing can take the place of His voice in my life.”