So Much to Give 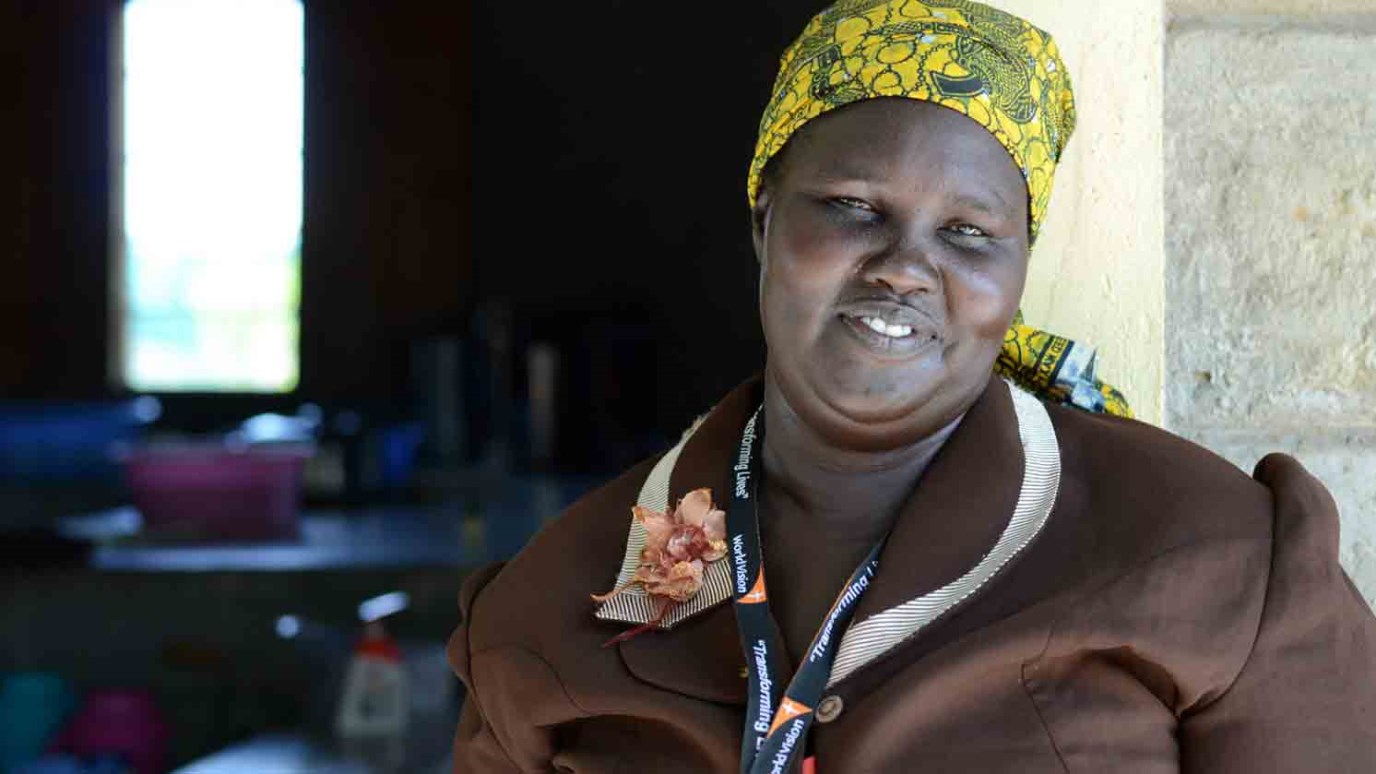 Martha Jamsi, a South Sudanese refugee in Kenya, is a leader in her community.

There was the one before her sister was shot, the years of her marriage in South Sudan and now as a leader of the refugee community in Kakuma, in northern Kenya, where she works with World Vision distributing food to 140,000 people in Kakuma refugee camp.

This is her story, in her own words:

“My life was very good when I was young. My father was an engineer. I went to school. My three sisters and I were happy.

“Things changed when I became a teenager. My younger sister was taken to go visit relatives in their community. It was a celebration. There was dancing. They were shooting guns for some reason. One of those bullets hit my sister. It killed her. When my mom learned what happened, she collapsed and then, later, died.

“Since then, my life hasn’t been very good. We were left with only our father. He remarried. I had to leave school. Soon, I was told I had to get married too. My father chose an older man for me.

“I didn’t have a choice. My marriage was decided for me. I was just 16. I was his fourth wife. He brought me to Sudan, to Khartoum, where I studied Arabic. At least he helped give me education.

“I only studied for a year before I had to leave school again. I became pregnant and had to return to Juba in South Sudan. My husband and I had five children together. Two of those children died at childbirth. The other three I still take care of.

“War broke out in Juba on the 15th of December 2013. I remember seeing tanks destroying other houses nearby. We rushed out of our house and ran before they came to our place. But an aunt and uncle weren’t fast enough. They died when our house was destroyed.

“It was a very bad situation in Juba at that time. People were firing guns while we were running. We saw dead people lying in the streets. I didn’t eat for seven days afterwards, because of the things I saw.

“We took refuge at United Nations Missions’ camp. We stayed there 25 days. Then my children and I decided to leave.

“We didn’t take anything with us. We walked at first and we crossed the bridge over the Nile River. My sister then sent me some money, $50 USD, so that we could take a bus out of the country. It wasn’t enough though. We travelled part of the way. When we ran out of fare, we had to get off the bus. I then sold my wedding ring to get fare the rest of the way to Kenyan border.

“I left my husband back in South Sudan and the other wives and their children. We arrived in Kakuma in 2014.

“Life was really hard at the refugee camp at first. There was nothing to do. I started taking care of four other children who didn’t have an adult with them. They stay at my place. We are nine people who now live together.

“Now all the children have been enrolled in school. I want them to get the education that I never could. My goal is to make sure they have a good future. I too have started to go back to school. I’m studying English at a school in the refugee camp in the evenings.

“I do not want to go back to South Sudan because of what I saw. I want to educate my children because they are the future and they are all in school. I myself only went to elementary school. I never went to high school. Here in Kakuma, I have been going to adult English classes and I am in class one.

“Kakuma is a safe place and is a good place to educate my children and also to learn.

“In Kakuma, I was elected to become a community leader. I was also appointed to be part of World Vision’s Food Advisory Committee. I help distribute people to other refugees living here.

“When I got a job at World Vision, my life became better than before. I would like to continue with this job to help my community. Even if I am not given anything, I would still work with World Vision to support my community.”

Horn of Africa: From Relief to Resiliency
World Vision