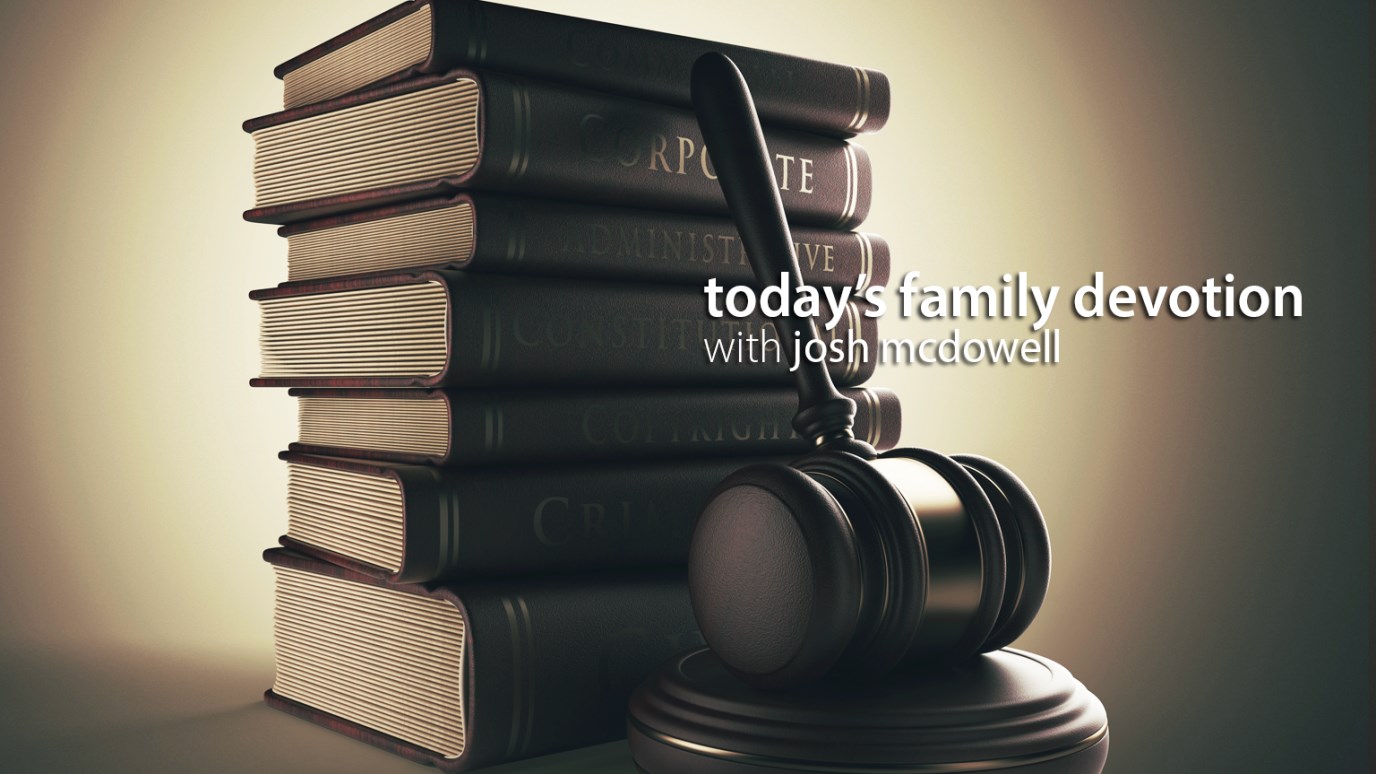 Josh McDowell shares a useful illustration to help your kids understand why we just can't make up our own rules for this life.

Not my rules; not your rules. The Rules.

Do not add to or subtract from these commands I am giving you from the Lord your God. Just obey them (Deuteronomy 4:2).

“You can’t tell me what’s right or wrong!” Chris stood on Jamie’s porch, his hands balled into fists at his side. The two boys had been playing a board game when suddenly Chris had decided that he should get to roll the dice again, because he had rolled “snake eyes”—two ones.

When Jamie protested that there was no such rule, Chris got mad and threw the game pieces all over the porch.

“You can’t make up your own rules,” Jamie said calmly. “I can if I want to,” Chris answered.

“But there’s no sense playing the game if you can change the rules any time you feel like it,” said Jamie.

“That’s not true, Chris,” Jamie said. “But when you sit down to play a game with somebody, you don’t make up your own rules. You follow the rules that have already been set.”

“No, by the person who made the game. That’s who set the rules. See?” Jamie held up the booklet that came with the game. “Not my rules. Not your rules. The rules.” Chris frowned and shuffled his feet.

“Why don’t we start over,” Jamie suggested, “and I’ll try not to beat you too badly.”

Chris’s eyes narrowed into slits. “Oh yeah?” He snatched the rules booklet from Jamie. “We’ll see who beats who.”

TO DISCUSS: Was Jamie right to object to Chris’s made-up rules? What happens when we try to ignore God’s rules and make up rules of our own?

TO PRAY: “Lord, we want to be fair and live by your rules.”

Are Your Kids Being Left Behind?
Dr. Tim Kimmel

Spare the Praise and Save Our Civilization
John Rosemond

Too Hot to Handle - A Family Devotional
Josh McDowell