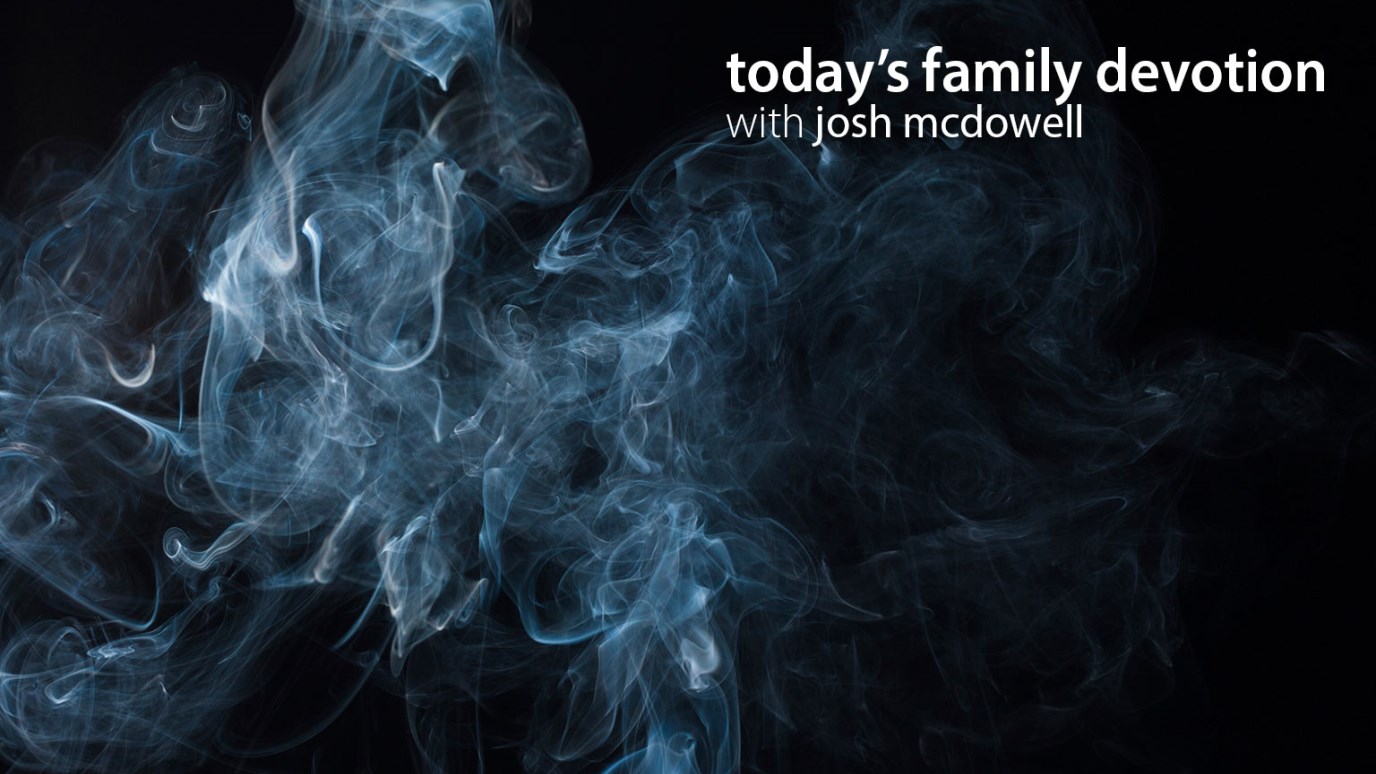 Have you committed to following God’s way when temptation comes?

Doing right is easier once you’ve committed to God’s way.

Verse of the Day: “How can a young person stay pure? By obeying your word and following its rules” (Psalm 119:9).

Uncle Jim’s hacking cough echoed through the small house as Pete skulked in the front door and tried to sneak into the bathroom.

“Where ya been, boy?” Uncle Jim asked. Pete had agreed to stop by Uncle Jim’s house after school to help him hang some shutters.

“I, uh, hung out with a couple of friends after school,” Pete said.

“Oh,” Uncle Jim said. “Is that why your breath smells like cigarette smoke?”

Pete dropped his hand. “Yeah,” he muttered, not meeting his uncle’s gaze. “I guess so. The guys were just messing around, you know?” he said. “I was ashamed to say no.”

“You should have been ashamed to say yes,” Uncle Jim barked, which triggered a prolonged coughing spell.

“Uncle Jim, you know what it’s like,” Pete said in a pleading tone. “You started smoking when you were a kid, didn’t you?”

“Yes!” the man answered loudly. “And it took me thirty-five years to stop. And now all that garbage I took into my lungs is killing me, slowly but surely. I don’t want you making the same mistake.”

“I know all about the guys,” Jim said. “They think it’s ‘cool’ to smoke. They test you and tempt you and try to get you to take the same impurities into your body as they do.” He coughed. “I know it’s hard, Son, but it’ll be a whole lot easier if you decide ahead of time that you’re going to keep yourself pure, in soul and body.”

Uncle Jim sighed. “Doing the right thing is easier,” he said, “if you’ve already made your mind up before temptation hits. You need to decide now what your answer’s going to be when your ‘friends’ offer you a cigarette. Commit now to obeying God’s Word and following his commands, and trust him every day for the strength to avoid temptation or, if you can’t avoid it, to resist it when it comes.”

“Now’s as good a time as any to commit to God’s way,” Uncle Jim answered.

Pete looked at his uncle with a serious expression. “OK,” he said.

Uncle Jim gripped Pete’s shoulder firmly in his hand, and they both closed their eyes while Pete started to pray, committing himself to following God’s way.

TO DISCUSS: Do you ever face temptation to think, say, or do impure things? Have you committed to following God’s way when temptation hits? How can you do that?

TO PRAY: Take turns praying, promising God that you will follow what he says is right and that you’ll stay pure by obeying his Word and following its rules.