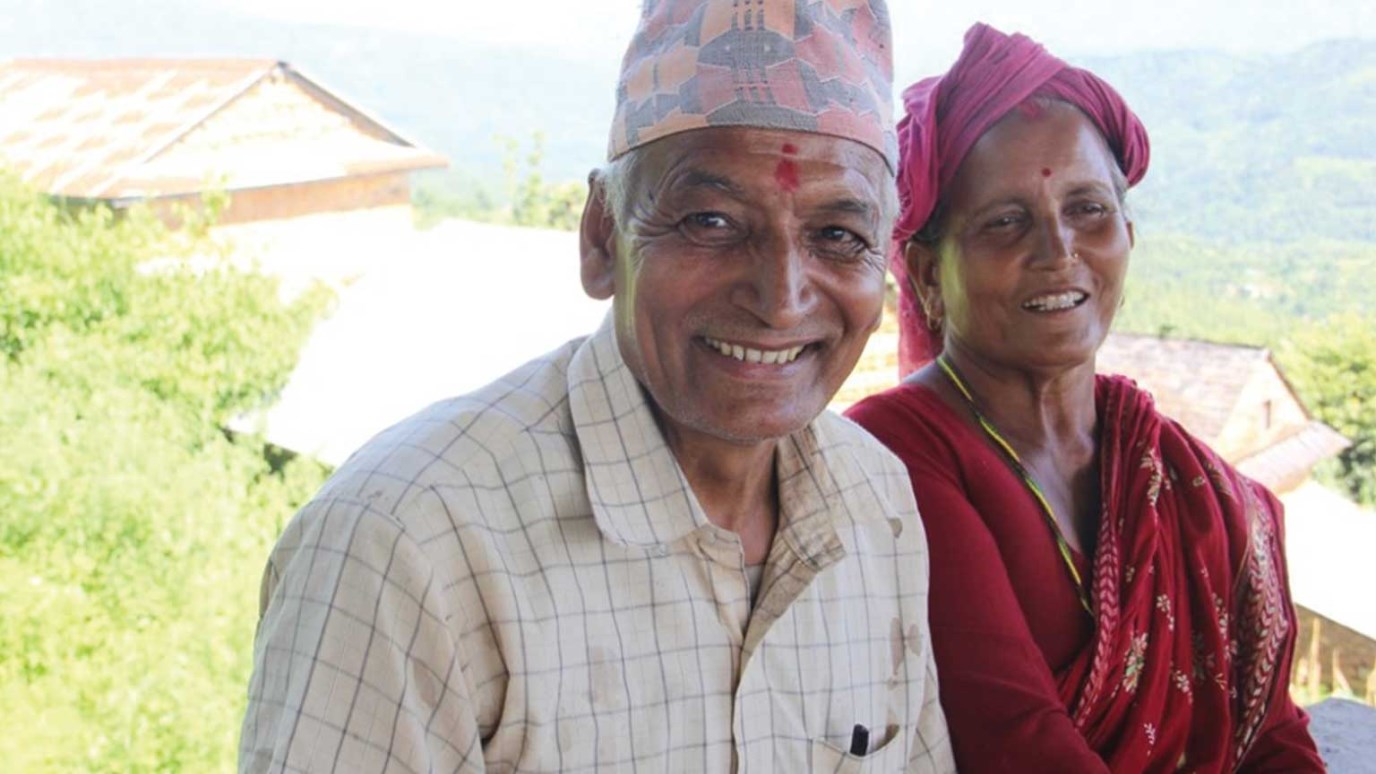 Six months after a magnitude 7.5 earthquake struck Nepal, Thakur and his wife, Kamala, are rebuilding their lives in their mountainous homeplace, Gorkha.

“Any second could change our lives forever,” says Thakur, a 62-year-old grandfather who lives in Nepal’s Gorkha district.

As he stands in front of a shelter covered in tarpaulins, his words ring true. Everything changed for his family — wife, four children, and four grandchildren — on April 25 when a magnitude-7.8 earthquake turned their home and way of life into rubble.

Yet months later, Thakur feels blessed: His family is safe, he sees progress in rebuilding his community, and he’s encouraged about the future.

“What is inspiring is that despite suffering so much hardship, our community never failed to lend a helping hand,” he says.

And to World Vision, the organization that brought aid to his village, he adds: “I’m glad we have a safe place to stay; thanks for all the help.”

My House Looks Like a Skeleton Now
World Vision