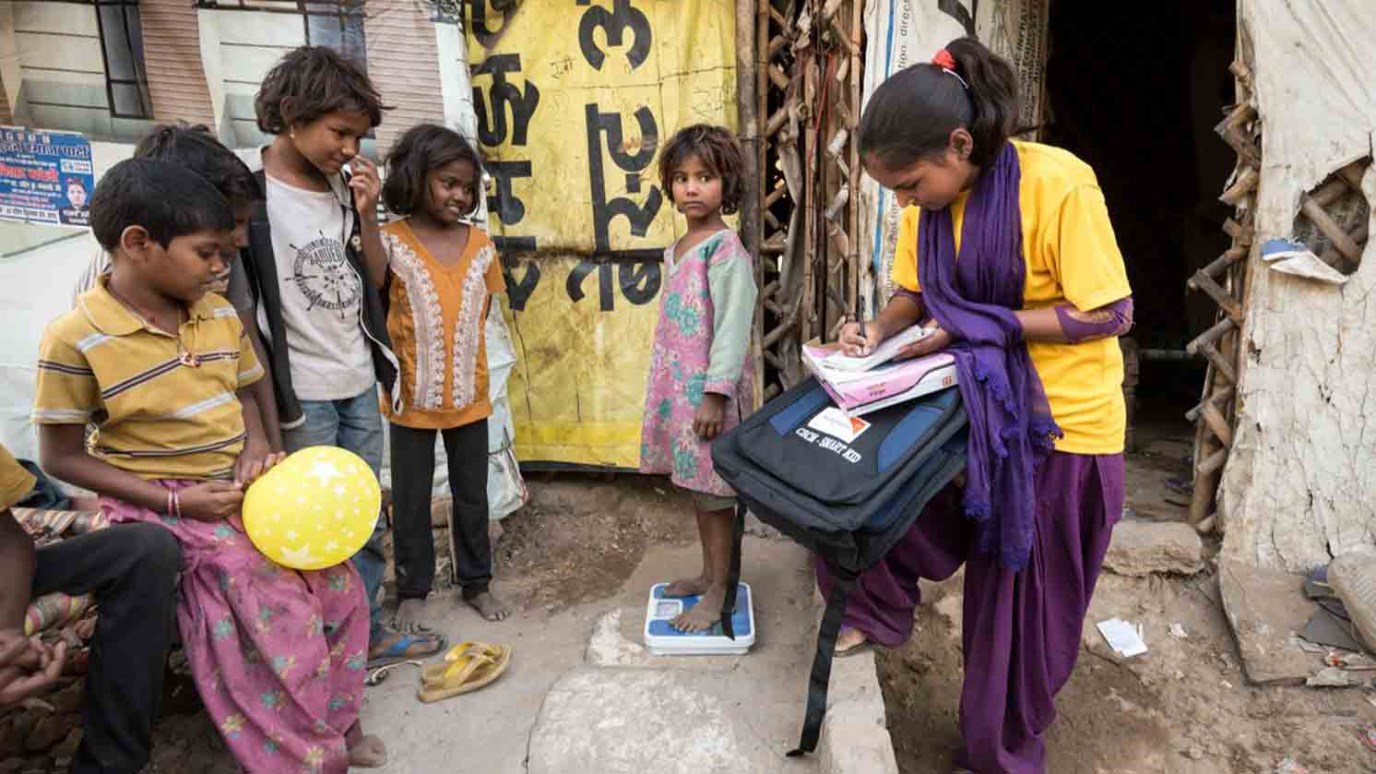 Varsha Srivastav is one of 25 kids in her neighborhood who are tasked with regularly checking in on other sponsored children and monitoring for signs of abuse and malnutrition. The group is called Smart Children.

“I volunteered by be a Smart Child because I want to bring change to my community,” says Varsha. The Smart Child program trains teenagers — chosen by local World Vision staff — to ensure sponsored children are in school, to look for signs of abuse and child labor, and establish trust among neighbors.

Through this, Varsha and the other Smart Children, including her sister, learn how to interact with adults, develop leadership skills, and increase their confidence.

“Before, I kept to my family,” says Varsha. “But I’ve been more outgoing and created a sense of responsibility. I care about these issues.”

Her mother agrees: “Her sense of confidence was lacking, but now she is more bold,” says Vimlesh. “Her leadership qualities are being developed.”

The same can be said of Vimlesh. Since she’s become involved in changing her community, especially through a savings group where she’s been elected president, “I feel more open, I feel more comfortable talking to people,” she says. “Now whatever I’m thinking, I’m able to say.”

She cringes thinking of how meek she used to be. “Don’t remind me of how I was when I was young!” she says, laughing. “I used to cover my head and face. I wouldn’t make eye contact, I was shy and submissive, and I was embarrassed to go outside the house.”

Vimlesh and husband Jawahar see literacy and education as the gateway to a better life — a life that escaped them after dropping out of school in eighth and fifth grades, respectively.

“I send my kids to school because I want them learning at a young age,” says Vimlesh. “Because I want things to be different for them, I will push them to study as long as they can. Education is the transformation for having a brighter future.”

“It’s all about putting your heart and soul into your studies,” says Varsha. “In 10 years, I want to be working in a bank.”

If Varsha reaches her goal, in a decade she could be working at the same bank where her mother’s savings group does business. In the meantime, she’ll canvass her neighborhood, bolstered by her newfound confidence to help improve life for others.

The Walter Mitty in All of Us
Chris Tiegreen

Get Over It!
Robert Morris