Sleepovers, Yes or No? (And My Worst Sleepover Story Yet) 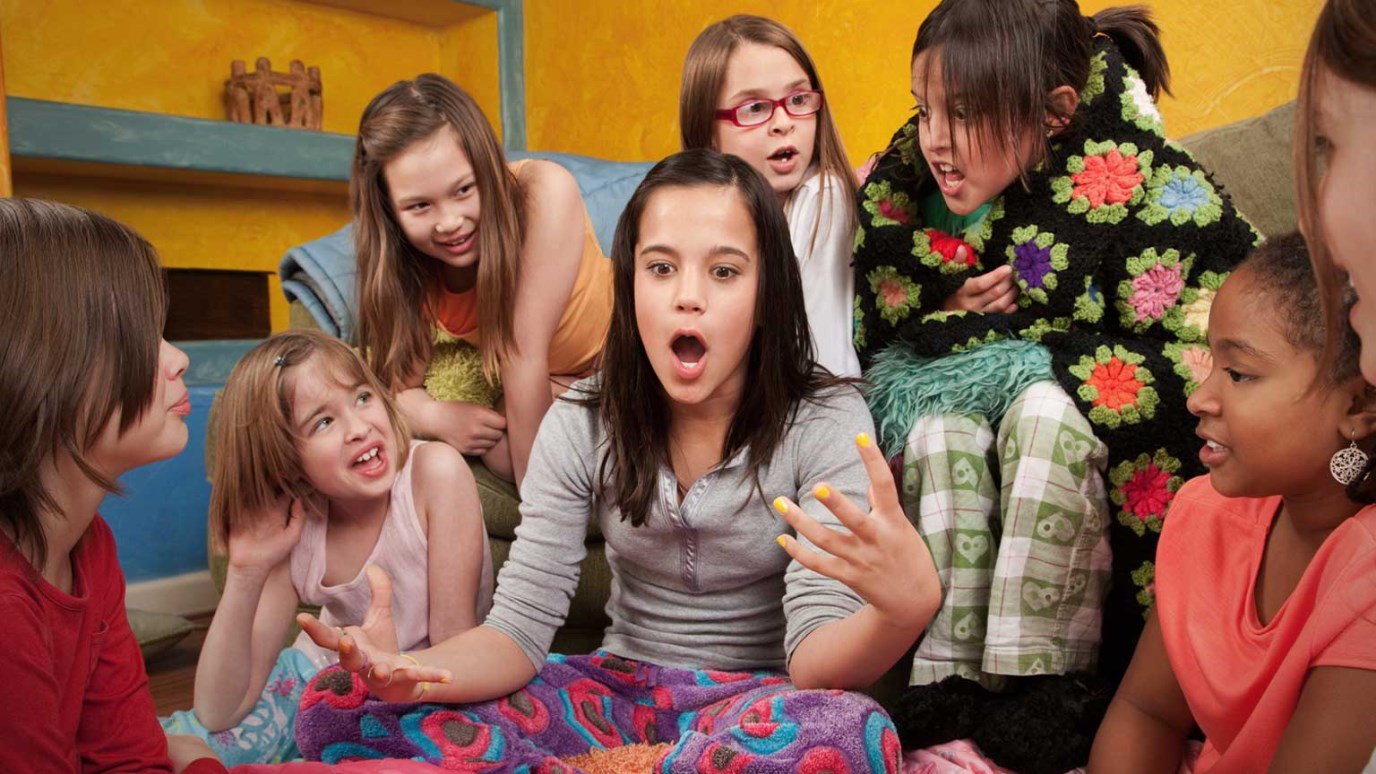 When it comes to girls and sleepovers, is it true that nothing good happens after 11 p.m.?

Last week, a mom in the Whatever Girls Moms Prayer Group asked us fellow moms what we thought of sleepovers.

I was surprised at all the strong opinions. Some said yay; some said nay, but most said no way.

The moms that do allow sleepovers said they prefer the sleepover take place in their home or only in the home of close and trusted friends. I fall into this category, too. We don’t do a lot of sleepovers, but when we do, I generally have them at my house so I can watch and listen to what’s going on.

When my daughter, Grace, was younger, I let her do sleepovers more often, but I’ve since tightened my grip after a few incidents. I don’t think Grace has gone to more than ten sleepovers in her life.

Have you noticed that girls are so quick to declare their new friend their “BFF” and want to have sleepovers right away? It’s a difficult position for us moms to be in. We want to encourage friendships, but many of us know from experience it’s important not to rush into relationships too quickly.

When I was in 2nd or 3rd grade I had a sleepover at my friends house. She lived in an apartment with her mom, older sister and younger brother. The older sister was in middle school and kind of wild. I can’t remember if the mom was there the whole time and went to bed early or if she went out on a date and left us kids with the older sister to babysit. Either way, the sister’s boyfriend came over.

We spent the evening in the living room watching movies. I don’t even remember which ones, now. As it got later and harder to stay awake, I stretched out in my Strawberry Shortcake sleeping bag, and laid my head on my pillow to go to sleep, my friend next to me in her sleeping bag.

The sister and her boyfriend were on the couch watching movies with us. I must have drifted off to sleep because I woke up to the sudden sounds of heavy breathing and weird noises coming from the couch behind us. I was scared and confused. What was going on up there?

The noise and sounds of movement continued. I had no idea what was happening and I was really scared. I felt trapped.

I lay in my sleeping bag shaking, quiet tears streaming down my face, forcing myself to be absolutely quiet. I was afraid they would find out I was awake and that I’d get in trouble for some reason.

My skin was crawling. I knew something wrong was happening. I heard the boy say “thank you” to the girl. I don’t remember anything else they said.  Then he left.

The next morning I mentioned the weird noises to my friend and she said “oh yeah, she has boys over all the time and has a hole in all her underwear for her boyfriends”. Still ignorant of what was going on, I brushed it off.

Later I figured out what was going on.

Can you imagine this happening to YOUR child at a sleepover? I would come undone.  It wouldn’t be pretty.

The second worst sleepover was at a birthday party sleepover for a classmate. The girl and I weren’t that close, but I went anyway. My friend from the first sleepover story was there, too.

This party was fine, but the mom and brothers weren’t that friendly. And their house wasn’t that clean or sanitary so I felt uncomfortable.  I had my friend there, so I thought I could tough it out.

It got late and the mom went to bed. Their house made weird and scary noises. I regretted being there.

It didn’t take long for some of the girls to get in a catfight. My friend and I tried to keep out of it.  The hostess and a few of the other girls went and told her mom what was going on and when they mom came back my friend and I were accused of being mean and saying things we never said. In response, the mom bullied us.

I wanted to go home so badly, but at 8 years old or so, kids aren’t really empowered to advocate for themselves, so I took the verbal abuse and waited it out until morning.

Girl drama and pranks escalate at sleepovers and, the true colors of parents and kids come out over time.  As they get older, some kids sneak out, help themselves to their parent’s car, and get into alcohol and other things. As my friend Angie says, “nothing good happens at a sleepover after 11PM.”