Six Statements That Inflame a Wife When She’s Already Upset 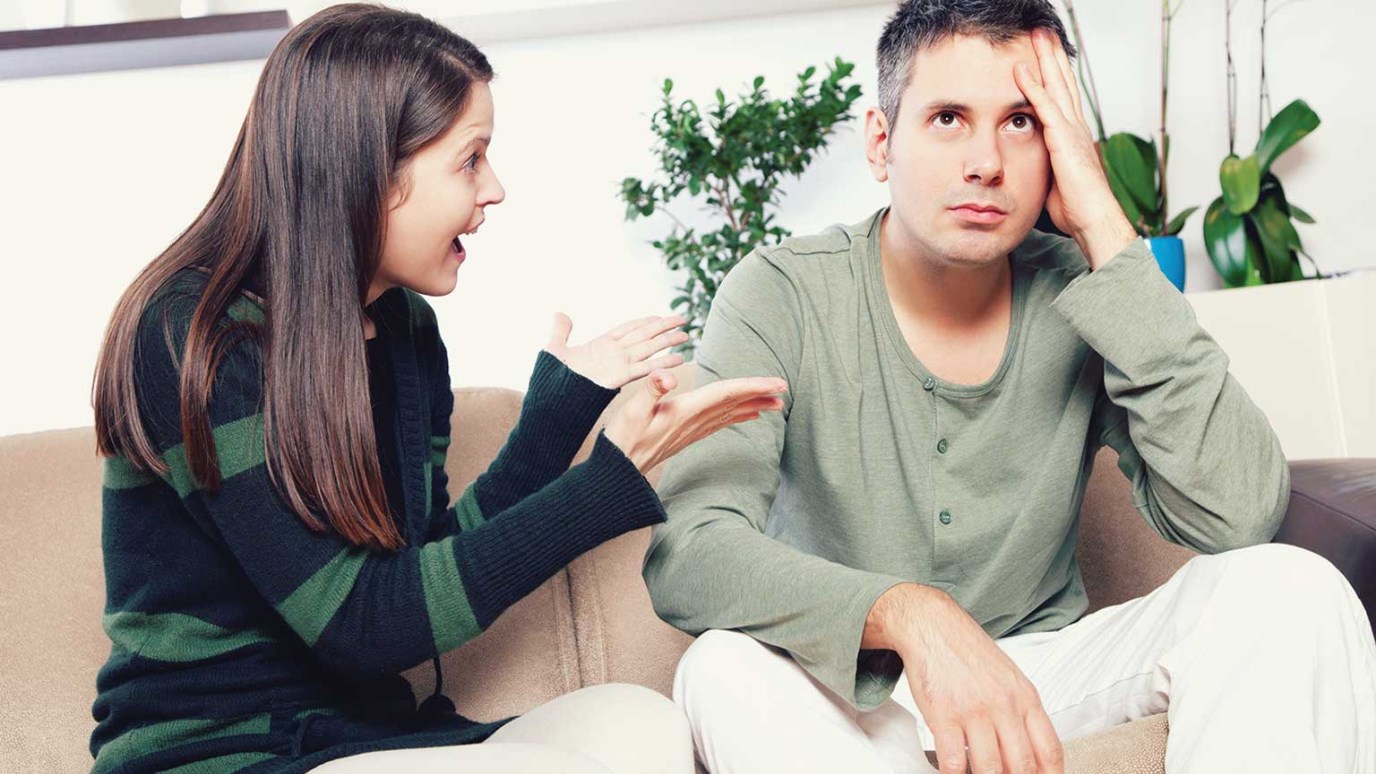 A husband can foolishly throw gasoline on a marital conflict. When a wife is already upset, certain add-on criticisms both infuriate and crush her.

Did you hear about the demolition expert who went by the name K.B.? When asked why everyone called him K.B. he replied, “It stands for Kaboom.”

I sometimes start a fire in my outside fireplace by soaking a few logs with gasoline and then throwing a match on the timber. It goes KABOOM!

However, I never, ever, throw gasoline on the fire! That would be called a killer KABOOM!

A husband can foolishly throw gasoline on a marital conflict. When a wife is already upset, certain add-on criticisms both infuriate and crush her.

I have heard these six comments over the years, and they never help. Never.

Each causes a kaboom!

Attack her feelings; her emotional makeup.

Example: “You are so emotional. It must be that time of the month again!”

A guy tells me, “She is the drama queen of all time.”

Message: she is out of control emotionally. Guys, you may feel this way, but saying it never, ever helps. And to tell her it must be her PMS only discounts her feelings further.

Attack her thinking; her mental condition.

That is just a cruel statement. Men, you’re better than that!

Attack her beliefs; her spiritual condition.

Example: “You are a self-righteous hypocrite!”

I have many wives in pain say, “He taunts me saying, ‘See? Your faith doesn’t work.’”

But husbands, are you that much better? Your sins only differ. Lay down the stones. Such a comment is unbecoming of who you are as a man of honor.

Attack her relationships and her support network.

Example: “Your family and friends are ruining our marriage. Most of our problems are due to all these people sticking their noses in our business.”

Such words reveal an insecure man struggling with his past wrongdoing. Others don’t blame a good man and good husband. They defend him. Good men have more confidence in how others feel about them as men.

Attack her image; her physical appearance.

Message: The way she looks repulses you. The best way to make your wife feel unloved is to insinuate you only want her when she looks good.

Attack her willpower; her volitional condition.

Example: “You apologize over and over but never change. You’re hopeless.”

Of course, that is not the way Christ views your wife. You judge her worse than He does.

Men, when you use these retorts when your wife is already upset, I predict your wife will explode. Kaboom!

Why? Because she doesn’t respect you?

No, because you have deeply hurt her heart.

Hear from one wife. “The madder I got the louder I got. All in a perverse way to ‘wake him up’…if I get really upset he will surely see the hurt he has caused; he will feel guilty and won’t do it again.”

Men, are you guilty of doing or saying any of these “Kabooms”? I am not saying you should never have loving conversations about tough issues. But when your wife is already upset, it’s not the appropriate time, and a zinger statement will only inflame. We all know when we are crossing the line.

If you overstepped love’s boundary by throwing gas on fire, as a man of honor tell her you are wrong and ask her to forgive you. Most wives forgive a sincere confession from a man intent on never speaking this way again.

Besides, who wants the nickname K.B.?

The Problem with Anger
Mike Glenn

Are Any of These "Termites" Destroying Your Marriage?
Revive Our Hearts

Praying for Your Spouse: Forgiveness
Family Matters
Follow Us
Grow Daily with Unlimited Content
Uninterrupted Ad-Free Experience
Watch a Christian or Family Movie Every Month for Free
Early and Exclusive Access to Christian Resources
Feel the Heart of Worship with Weekly Worship Radio
Become a Member
No Thanks