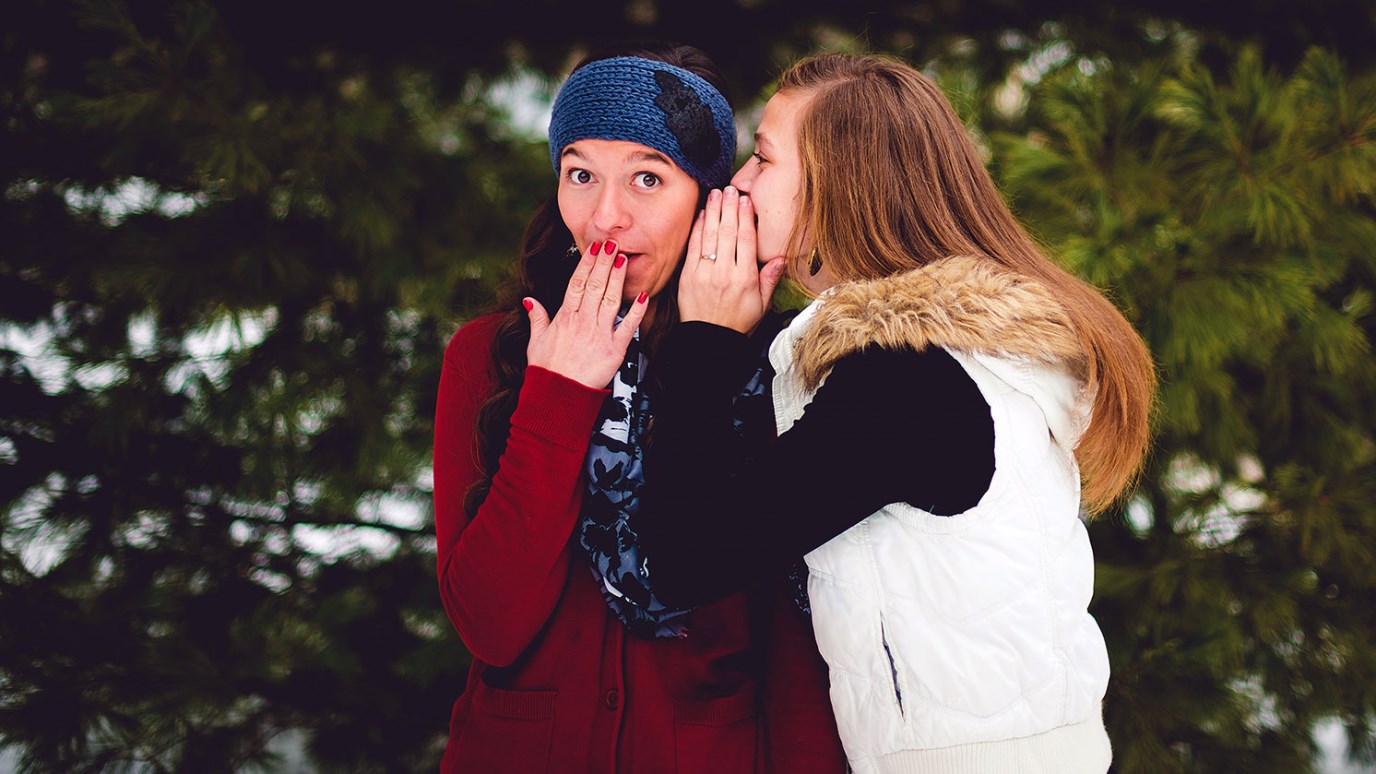 Will we strive to love faithfulness more than we love the pleasure of gossip?

I was moving fast when my friend texted me her grievances against another. Company was due to arrive within the hour, and everything seemed to be happening at once. Between combining the liquid mixture for the corn muffins and texting my hubby about what I needed him to pick up from the store, I texted some hard truth to my friend in response to her message.

Then, with messy hands, I forwarded my response to three people who were aware of the situation and who were praying for my friend. I wrote, “Just sent this to our friend. Please pray. Her heart is so hard.”

Only I accidentally included my friend in the group text. Ugh, ugh, double ugh.

Yes, I had been growing increasingly concerned for her, but after this incident, I realized it would have been best to share my concern with just her and God. Instead, I hurt her deeply. Where did I go wrong?

As I asked God to change my heart and make me a more trustworthy friend, I set a few boundaries in place.

I resolved not to share prayer requests about anyone other than myself, unless I’ve explicitly asked their permission.

Proverbs 11:13 says, “Whoever goes about slandering reveals secrets, but he who is trustworthy in spirit keeps a thing covered.”

Someone who reveals another’s secrets is a slanderer, according to the Bible. The King James calls such a person a “talebearer.” We probably don’t think of prayer requests as “bearing tales,” but if we dropped the “Please pray for so-and-so,” would it look any different than talebearing? Let’s not use prayer as a way to gossip through the back door.

2. I resolve not to forward other's messages to me (or my responses) without permission.

It’s way too easy in our connected world to share other people’s struggles with others. It often feels necessary, as we believe in the power of prayer. The more people praying, the better, right?

But maybe that’s not the case. Maybe, just maybe, you and I are using prayer as a thin guise for gossip, fear, frustration, and support.

3. I resolve to wait to share hard truth with others until I can talk in person or on the phone.

This requires slowing down. It requires not freaking out in the moment and thinking that a problem’s resolution depends on you and you alone. It requires boldness to address a problem without the protective wall of electronic text between you. And it requires crying out in deep dependence to the one and only Savior, rather than trying to do His work for Him, as if He’s on vacation.

What if we asked ourselves the following questions before sharing someone else’s business with others?

It Takes More Than Good Intentions

Oh, I know it’s easy to think our intentions are good. I thought that originally, too. But maybe we should distrust our intentions a bit more than we do. Even if our base intentions are good, we should always be on guard of having mixed motives. Love can often attach itself with the sinful desire to know other people’s stuff, to be “in the know,” or to feel puffed up that our lives aren’t so messy.

In my case, regardless of my original motives, I broke trust, and at that point, the only fitting response for me was one of repentance.

So that’s what I did. That evening after our company left, I called my friend and left a voicemail asking for forgiveness. I gave her space to call me when she was ready to talk. Eventually, she graciously forgave me, but because of the trust I damaged by sharing what was not mine to share, it will take time for her to be able to regard me as the fully faithful friend that I desire to be, with God’s help.

How about you? Will you strive to love faithfulness more than the pleasure of gossip? Will you join me in resolving to be oh-so-careful before we share about others?

Let us strive to be like the women recommended in 1 Timothy 3:11: “Their wives likewise must be dignified, not slanderers, but sober-minded, faithful in all things.”

After all, we serve and represent the most trustworthy, faithful Friend of all.

Comparing Is the Root of Envy
Pastor Rick Warren