Sins of the Saints 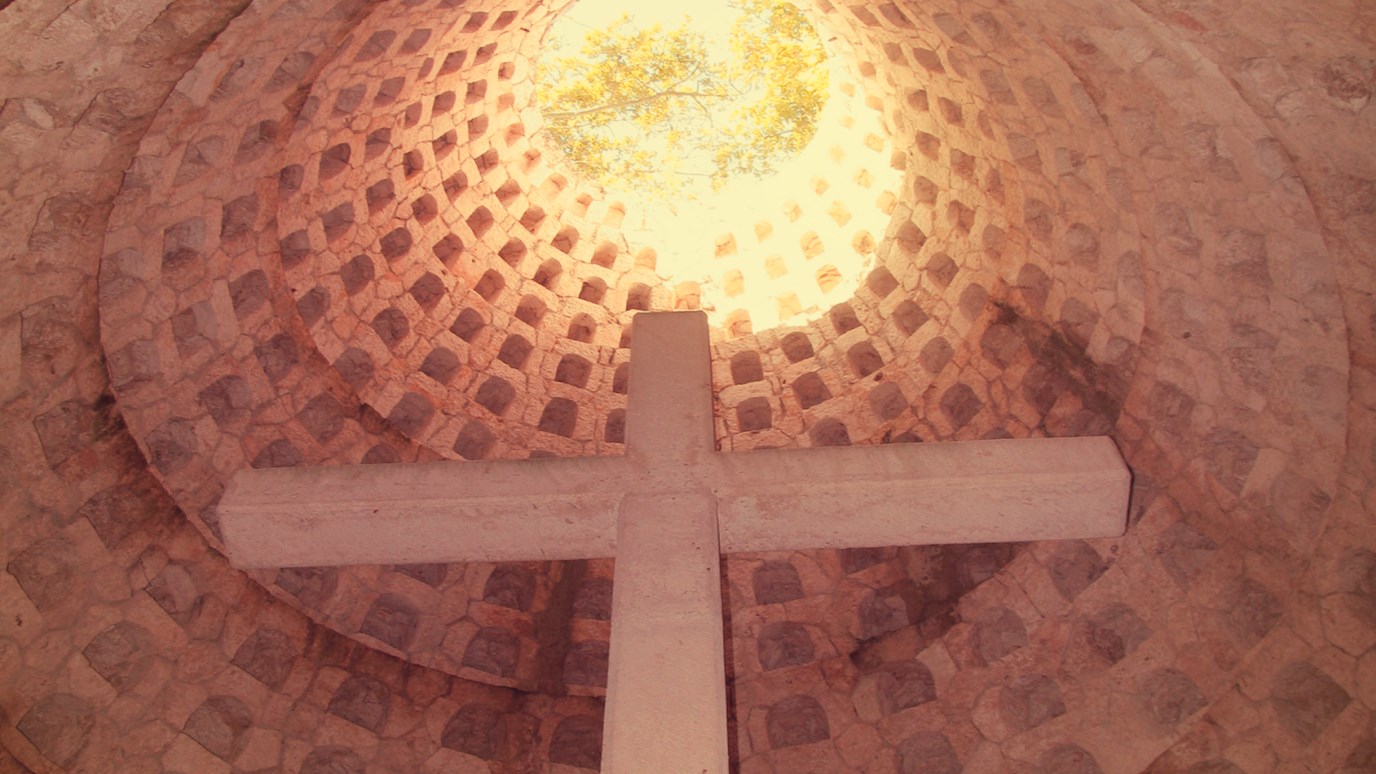 Tony Woodlief says that while the Bible may be rife with violence and immorality, we need to read every word to understand God's grace.

I have four sons, which means the stories of David have special appeal in my home. There aren’t many ways to get little boys to sit still - especially when you are reading the Bible to them - and so the tale of a boy who kills a nine-foot-tall giant with a stone gets top billing.

Something I noticed in the story, after reading it multiple times, is the deadly promise David makes to Goliath. “This day the Lord will deliver you up into my hands,” David declares, “and I will strike you down and remove your head from you” (1 Sam. 17:46).

Those were pretty confident words, coming from a boy armed with a sling and five stones he’d scooped from the creek. Of course David had every reason to be confident, believing in his head and heart and gut that the battle belongs not to man, but to the Lord.

Like many parents, I tell my sons the stories that come after, of David’s many battles, and how he repeatedly trusts not his own courage or the strength of his mighty men, but God’s providence. I dress up the battle scenes a bit. I want my boys to imagine the sound of spears whizzing past, the roars of pagans bent on slaughtering God’s people, how fear springs up in a soldier’s belly, and how great faith in God transforms fear into fortitude.

When we get to Bathsheba, and David’s plot to kill her husband, however, I opt for vagueness. It’s not simply that I don’t care to explain lust and adultery to my sons just yet. It’s the tragic fall of this great hero. What will my children think Will it tarnish their view of David’s virtue?

It was Mark Twain who first raised the question, in my mind, of whether children ought to be allowed to read the Bible unsupervised. After Huckleberry Finn was published, libraries banned it to protect, they said, the morals of young children. Huck was a far cry from typical child protagonists. He chewed tobacco, he was disobedient, he stole and lied.

Authorities worried that Huck would become a role model to young readers.

Twain liked to ask whether censors also planned to remove the Bible from their shelves. It is, after all, replete with stories of violence and sexual sin, sometimes in shocking detail, and sometimes committed by the very people we teach children to esteem.

Twain knew full well that librarians of his day wouldn’t ban the Bible, and even though he harbored a deep, seething anger at God, I suspect he didn’t actually want to see it censored. His point was simply that Scripture tells a story of people who are fallen, yet who frequently rise to great virtue. Eliminating every story that depicts sin would mean eliminating stories of redemption as well.

Indeed, the very reason I will read Huckleberry Finn with my sons is because it presents moral struggle in a light that any of us who have wrestled sin can understand. Huck believes, because he has been taught an erroneous view of the Bible, that it is wicked to help the slave Jim escape, and so he almost betrays Jim to the authorities. He finally chooses, however, to see Jim as fully human, and fully deserving of freedom, and lets loving kindness be his guide—even though he believes there will be grave consequences for doing so.

I’m riven by hypocrisy, and here is just one example: I like Huck’s story because it’s an example of a sinful creature acting in love and grace. I need stories like that. If my sons are anything like me, they’ll need stories like that too. Perhaps all of us need to be reminded that we are never too far fallen to walk—or limp—in truth and love.

My hypocrisy, however, is that while I want my sons to hear stories about fallen people doing good, I shrink from telling them about great saints engaging in sin. Even that formulation—“engaging in sin”— doesn’t capture it. How does lust so overwhelm a man that he plots murder against the woman’s husband, as David did against Uriah (2 Sam 11)? How does a man drink to the point that he has sexual intercourse, as did Lot, with his own daughters (Gen. 19)? What was wrong with Peter that he would deny the Messiah three times in one night (Mark 14:66-72)?

The specifics of sin aside, I shrink from telling my sons these tragic stories because our society is already so denuded of heroes. Won’t this just increase the tendency of this fallen world to breed cynicism in the young?

All of us need to be reminded that we are never too far fallen to walk—or limp—in truth and love.

I have another fear, born of the fact that our children’s sins tend to mirror our own. It is the fear that my sons will hear these stories and feel pride stir in their chests. I know I do. Terrible as my sins have been, I’ve never plotted murder. The very idea of incest makes me feel nauseated. Had I walked and prayed alongside Jesus, I like to imagine, I never would have betrayed Him.

There but for the grace of my daily prayer time, I smugly tell myself, go I. Which is really just a pious way of saying, “I’m too righteous to ever do that.” But if the great men and women of the Bible could fall so far, how dare I think I fare better because of any goodness in me?

I want to protect my little ones from such a discouraging thought, but perhaps I am going about this wrong. The plain truth is that even the mightiest believers can fall. A painting from the early centuries of the church depicts Christians struggling up a ladder to heaven, prayed onward by the heavenly host, and preyed on by demons seeking to pull them from the ladder. What’s sobering about this painting is that it’s not just the people of immature faith at the bottom who are being lured to perdition. Godly people near the top are being pulled off as well. The early Christians certainly knew the Scriptures, as well as the nature of man.

The value in telling my children the stories of tragic failure in the Bible, then, is in the admonition they carry: Cling to Christ at every step, little ones, for the lion prowls about constantly, seeking whom he may drag down (1 Peter 5:8). Moreover, the lesson from the lives of these Bible heroes is not simply to stay away from sin, which is a parenting mistake I frequently make. Drunkenness, for example, plays a role in some biblical tragedies (as it does in too many homes today). But if we simply instruct our children to avoid drunkenness, we are missing the point. Sin seeps in when we don’t actively follow Christ.

The meaning of the word sin is, after all, “to miss the mark.” Righteousness is the bull’s-eye at which we aim, and sin is anything other than that. Trying to help our children stay on a righteous path by avoiding sin, then, is like telling them to “not miss the mark.” That’s not a very useful guideline in target practice, is it?

A lesson in the lives of these Bible heroes is that our greatest vulnerability doesn’t result from striving to not miss the mark; it occurs when we stop aiming for the bull’s-eye. And when we do point at the target and fire boldly, see how powerful God is to correct our faulty aim—as any of us who have ever tried to minister to the broken, or encourage the faithful, or train up our children can attest. It’s embarrassing how often I get it wrong in my words and actions, but still I see God making fruitful what rightly should be barren soil.

What is God thinking, I used to wonder, filling the Bible with so much depravity? The answer, of course, is that He’s thinking of me, and of you, and of anyone else filled with depravity. The stories of David and Lot or a host of other examples are our stories.

The sooner we recognize this truth, the sooner we see grace is our story, too. And that, more than any other lesson I may strive to teach, is what I most need my sons to hide in their hearts.