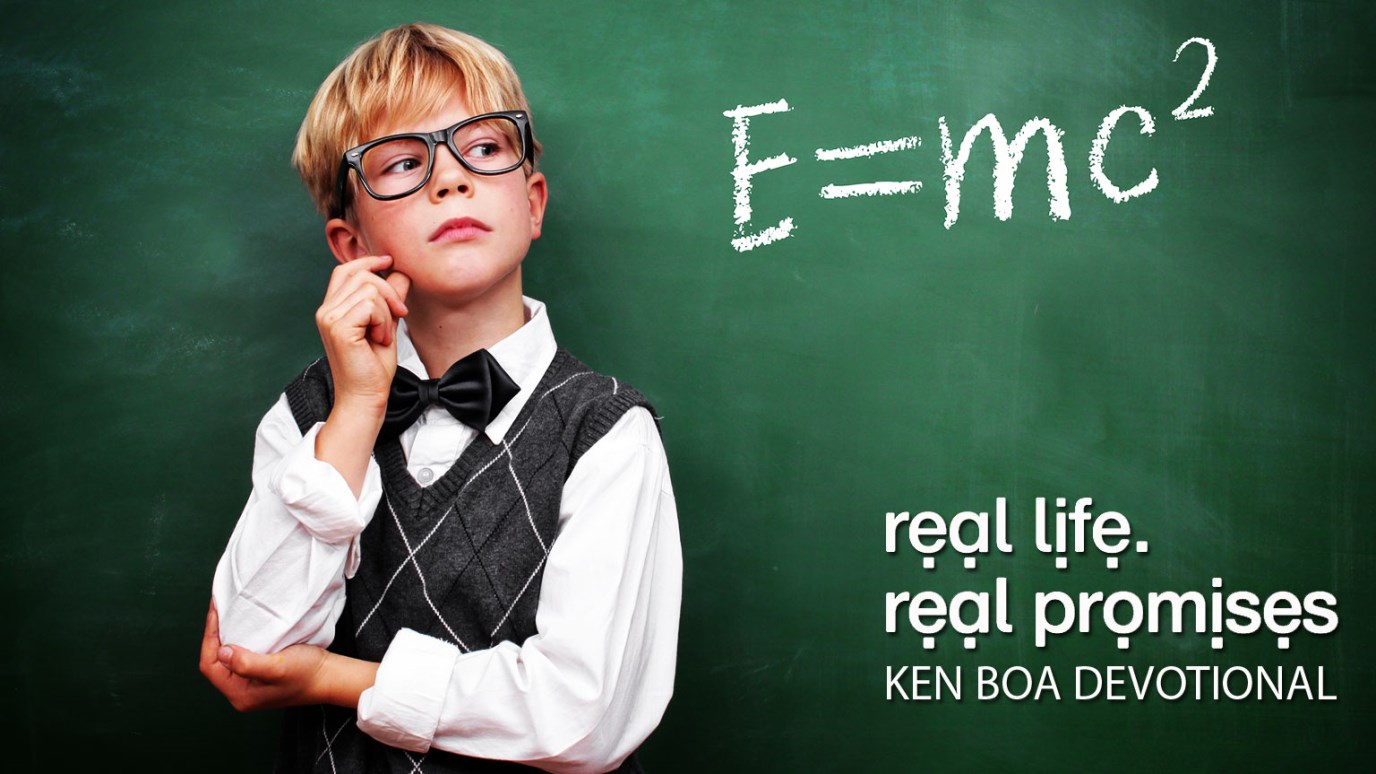 John 3:16 is a promise from God to change the eternal destiny of the human soul.

In 1905, Albert Einstein theorized that E = mc2. He was suggesting that the amount of energy (E) associated with an object is a function of the mass (m) of the object times the square of the speed of light (c)—and he was eventually proven right. Besides proving that a small amount of mass can produce large amounts of energy, Einstein’s formula proved something else: profound truth can exist in the simplest of expressions.

As it turned out, E = mc2 was the key that unlocked the modern atomic age. Today nuclear reactors hum all over the world because a solitary scientist arranged three letters and one number in the right order. To be sure, Einstein’s discovery was based on profound truth, the profundity of which most people could not begin to understand. But it is the statement of the truth that is so striking in its simplicity.

Even though Einstein’s discovery is a model of “complex simplicity,” it pales in comparison to the profound truth of John 3:16. When the Gideons organization began printing Bibles and placing them in hotels and hospitals across America, they chose John 3:16 as the verse to print in the world’s major languages on the inside covers of their Bibles. If a non English-reading person picks up a Gideon Bible, his or her eyes will find at least one verse in native script: John 3:16. And this verse, for all its simplicity, is profound enough to do what not even Einstein could—change the eternal destiny of a human soul.

But John 3:16 is no theory waiting to be proven. It is a promise from God himself: Anyone who believes in the person of Jesus Christ will receive the gift of eternal life. If we stumble long over the How? and the Why? we may miss the Who? And the who is so clear—whoever believes in Him. If you have already believed, then don’t miss this: Eternity is now. The eternal life God promises begins when we believe, not when we die. So for now, and for eternity, the most profound promise of salvation is found in the simplest verse. And if you have not believed in Christ, today would be a perfect day to do so.

God’s Promise to You: “My greatest gift is the simplest to receive—only believe.”

To Speak or Not to Speak
Ashley and Jane Evans

He's Alive!
Mark Jeske
Follow Us
Grow Daily with Unlimited Content
Uninterrupted Ad-Free Experience
Watch a Christian or Family Movie Every Month for Free
Early and Exclusive Access to Christian Resources
Feel the Heart of Worship with Weekly Worship Radio
Become a Member
No Thanks