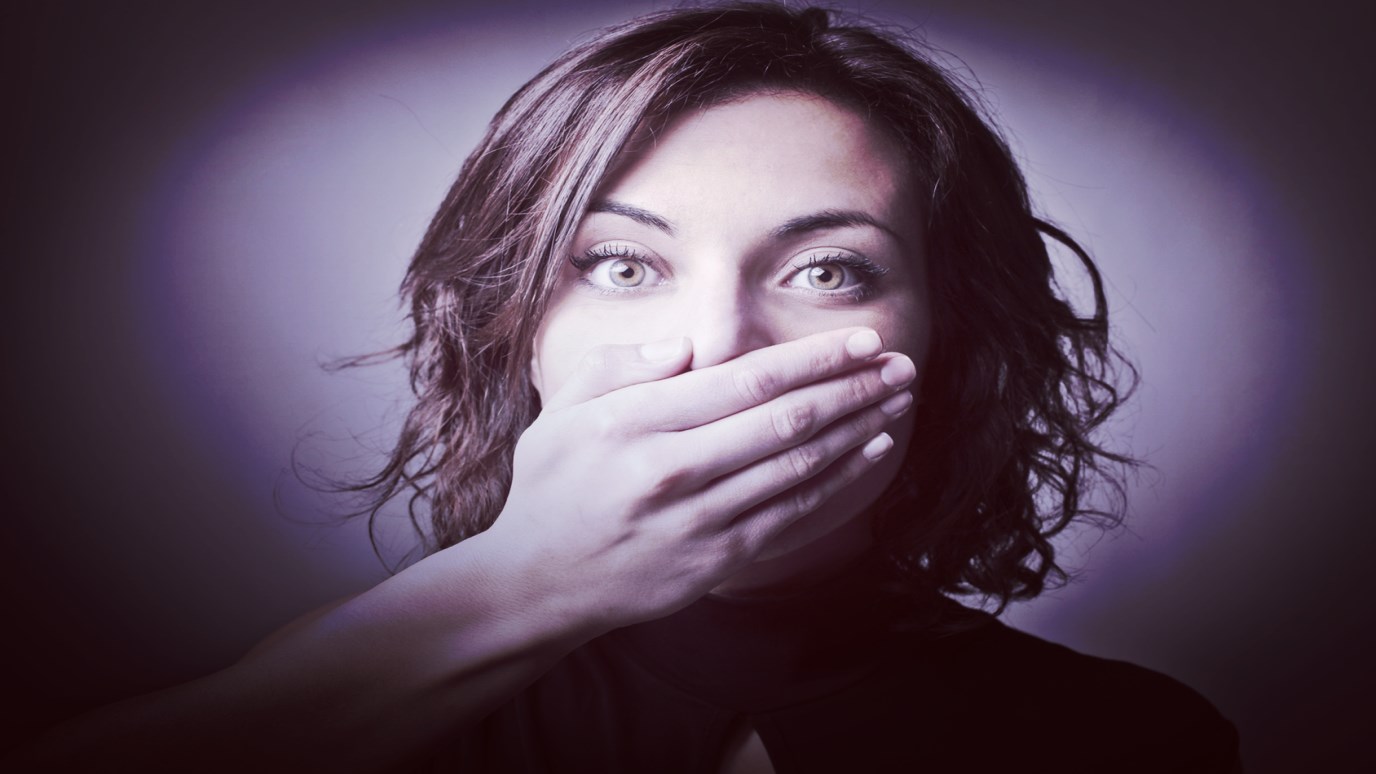 David Hyams expounds on the famous saying from St. Francis of Assisi: “Share the gospel at all times, and, if necessary, use words.”

“Share the gospel at all times, and, if necessary, use words.”

Many Christians have quoted this famous saying from St. Francis of Assisi when exhorting believers to live their lives in a manner that is consistent with the faith they profess. Their concern certainly is valid, for if Christians do not act according to their beliefs, not only is their salvation questionable, but the credibility of their personal witness to non-Christians is diminished greatly. For various reasons, however, some Christians also suggest that Francis was exhorting believers to communicate the gospel only through good deeds, without using words. This is an unbiblical approach to evangelism that also can diminish greatly the effectiveness of believers’ witness to Christ.

Timid Christians sometimes use Francis’s phrase as a refuge. These faint-hearted believers wave a wordless banner, hoping that the nonbelievers they encounter will see how kind or different they are and somehow understand the gospel of Christ through a revelation of the Holy Spirit. Justifying their silent approach to evangelism as “nonconfrontational,” or “nonoffensive,” Christians will invest years in the lives of those around them without ever once giving voice as to why they are kind or different, all the while believing that they are silently “sharing the gospel.” It is understandable why so many find solace in this understanding of Francis’ saying; after all, the pounding pulse and knotted stomach that often accompany spiritual dialogue with unbelievers are not particularly conducive to eloquent, persuasive speech. Adopting Francis’s phrase as one’s sole method of evangelism, however, cannot do justice to our grand charge of making disciples (Matt.28:19–20).

THE IMPLICATIONS OF SILENT EVANGELISM

Followers of Jesus who practice silent evangelism instead of verbalizing their faith are in one sense being lulled into inactivity. If words are not necessary to communicate the gospel, then there is less reason to study apologetics, memorize scripture, or familiarize oneself with competing worldviews, for those are activities that prepare one for rational and competent religious dialogue—another activity avoided by the timid Christian.

It is, moreover, incorrect to think that simply being nice and loving in itself will bring unbelievers to the true gospel. The Church of Jesus Christ of Latter-day Saints prides itself on the fact that its members are nice and caring toward nonbelievers; but are they drawing people to the true gospel through their warmth, love, and strong family values? No. There must be something more than heartfelt handshakes and cheerful charity to distinguish the true gospel from a false gospel.

Good deeds alone are not sufficient to distinguish a true messenger of God from an imposter. Recall Jesus’ warning in Matthew 7:22–23: “Many will say to me on that day, ‘Lord, Lord, did we not prophesy in your name, and in your name drive out demons and perform many miracles?’ Then I will tell them plainly, ‘I never knew you. Away from me, you evildoers!’”1

Some resort to silent evangelism because they have an overly simplistic understanding of the gospel. Yes, the gospel of Jesus Christ is the simple good news of salvation, that Jesus died and rose again so that we could go to Heaven, but it involves so much more. It also involves truths such as the satisfaction of God’s wrath through Jesus’ death on the cross (Rom.5:8–11); the removal of our sin and guilt before a holy God (Heb.10:11–12); the empowering of the Holy Spirit to build the Kingdom of God through good deeds (Eph.2:10); the future renewal of this fallen creation (Rev.21:1); and the victory of Christ over death, suffering, and evil (Rev.21:4). The gospel is an immensely profound concept that humbles even the most learned theologians.

This is not to say, however, that one must confess, or even know, all of these things to attain salvation. Paul’s description of what it takes to be saved is brief: “If you confess with your mouth, ‘Jesus is Lord,’ and believe in your heart that God raised him from the dead, you will be saved” (Rom.10:9); but how are unbelievers ever to know even this most basic form of the gospel if believers never utter a word (Rom.10:14)? Moreover, how is an atheist ever to believe in God’s Son for salvation if Christians never explain to her the reasons to believe that God exists? Why should a relativist think that the Christian gospel and the Mormon gospel are not equally true when his Christian and Mormon coworkers are equally caring? The answer lies not in being nicer, but in communicating the substance of Christianity.

Finally, if Francis’ words are ever to have their intended effect, Christians not only need to understand the gospel and its implications for their personal lives, they also must be convinced that it is objectively true, that is, true for everyone. If followers of Christ do not understand and believe that the gospel is objectively true, then their answer to nonbelievers who ask what makes Christians different is merely a private belief—it gives no compelling reason as to why anyone else should embrace it instead of another set of beliefs. If, however, we are confident that our worldview is objectively true and we can defend it as such, we need not cower from opportunities to explain the reasons for our faith (1 Pet. 3:15). We should long for the opportunity to engage lovingly in verbal dialogue with others concerning matters of ultimate importance (Eph. 4:11–25), and use those occasions wisely (Col. 4:2–6). The objective truth of the Christian worldview lies not in our believing it to be so, but our believing it to be objectively true provides us with the proper foundation to ask others to believe it.

EVANGELISM IN DEED AND WORD

We should not discard the valid insight in Francis’ statement, for we most certainly should live in a manner consistent with our beliefs (James 2:14–26). We should attract people to the gospel message through our love and service. Note, however, that Francis did not say “never use words,” but to use words “if necessary”; thus, he did not categorically discourage verbally sharing the gospel. In fact, his very life was consumed with preaching the gospel of Christ.

Thomas of Celano, in fact, described Francis’ preaching as “a blazing fire.”2 Francis condemned those who disgraced the name of Christ by living hypocritically. He traveled to Egypt to preach the gospel to a powerful Muslim sultan during the Crusades. He brought glad tidings to the poor. He preached messages of repentance to victims of great calamities, employing speech that, by today’s standards, would not be considered “seeker sensitive.”

On one occasion, he told his audience, “Once you have made a sincere confession, bring forth fruits worthy of repentance. I tell you again, if you are ungrateful for these gifts, and return to your vomit, the disasters will return, punishment will double, and even greater wrath will rage against you.”3 These are not the actions or comments of an evangelist hesitant to employ the spoken word. Francis certainly was humble, but he was neither timid nor mute. In his “Earlier Rule,” a document describing the Franciscan way of life, Francis gives instructions as to how to live among non-Christians:

They can live spiritually among the Saracens [Muslims] and nonbelievers in two ways. One way is not to engage in arguments (cf. Titus3:2) or disputes (cf. 2Tim.2:14) but to be subject to every human creature for God’s sake (1Pet.2:13) and to acknowledge that they are Christians. The other way is to announce the Word of God, when they see it pleases the Lord, in order that [unbelievers] may believe in almighty God, the Father, the Son and the Holy Spirit…and be baptized and become Christians because no one can enter the kingdom of God without being reborn of water and the Holy Spirit (cf. John3:5).

They can say to them and the others these and other things that please God because the Lord says in the Gospel: Whoever acknowledges me before others I will acknowledge before my heavenly Father (Matt.10:32). Whoever is ashamed of me and of my words, the Son of Man will be ashamed of when he comes in his glory and in the glory of the Father (Luke9:26).4

Francis thus presents two options for Christians who desire to live among nonbelievers, both of which involve verbally communicating one’s allegiance to Christ. He further equates Christians never voicing why they are different with denying Christ Himself.

Francis’s exhortation is not a muzzle. It was a corrective to those who undermine their verbal proclamation of the gospel by unchristian living. Some Christians today have taken it out of context to justify the opposite extreme of expressing their faith through Christian living to the neglect of verbal proclamation. Christians need not retreat to silence or forsake gospel preaching, for God has not given us a spirit of timidity, but of power (2Tim.1:7). Let us prepare ourselves to give a reason for the hope that lies within us (1Pet.3:15), so that the next time someone asks what makes us so kind and caring, we can respond with a gentle answer that is confidently rooted in the truth of the gospel. At some point or another in every Christian conversion, it is necessary to use words.

1. All Bible quotations are from the New International Version.

2. Thomas of Celano, St. Francis of Assisi: First and Second Life of St. Francis, with Selections from Treatise on the Miracles of Blessed Francis, trans. Placid Hermann (Chicago: Franciscan Herald, 1963),14.

3. Thomas of Celano, The Remembrance of the Desire of a Soul: The Second Life of Saint Francis, in Francis of Assisi: Early Documents, vol. 2, The Founder, ed. Regis J. Armstrong (New York: New City Press, 2000),270.

The Mystery of Existence
Ray Comfort

Be the Difference
Gregg Matte