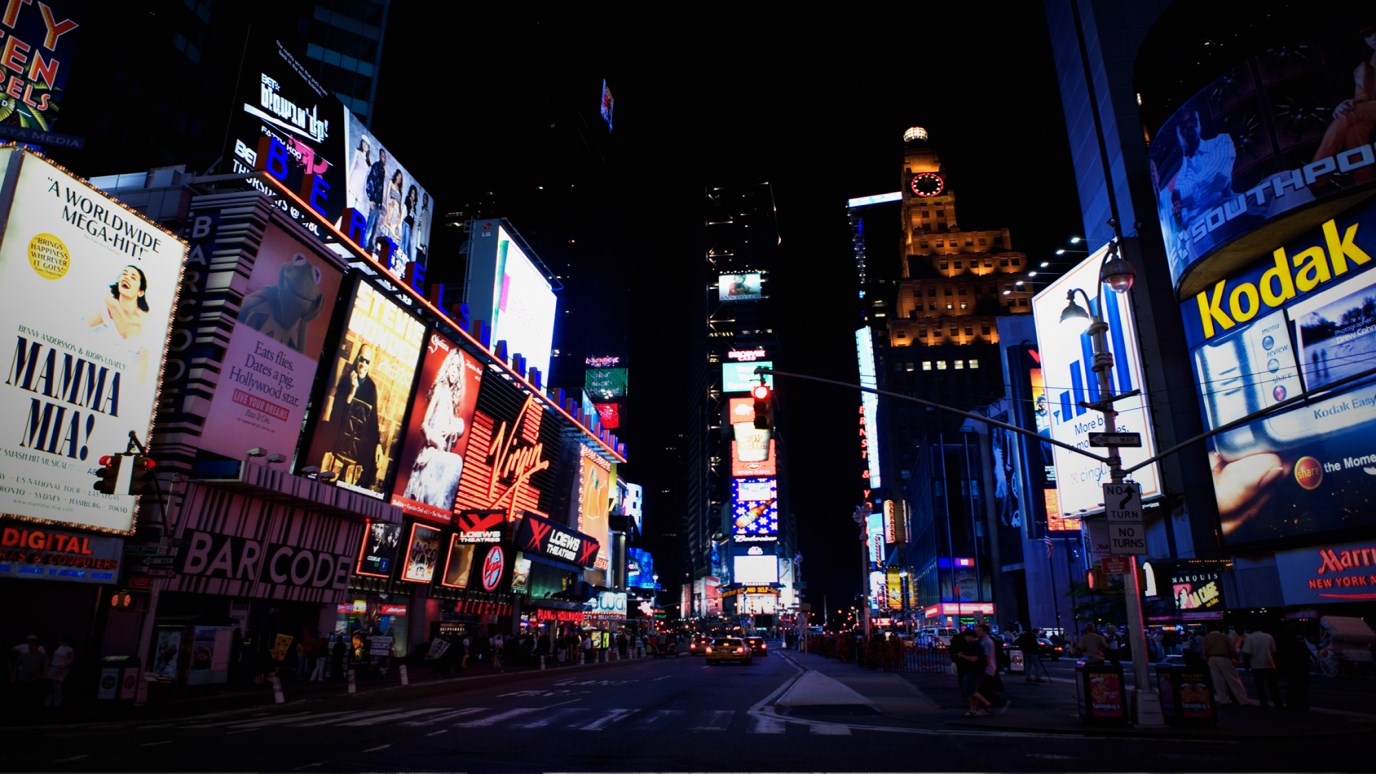 Whether Christian or atheist, freethinker or fretting player, we must take care not to raise billboards that suggest something other than our philosophies impart.

Members of the Freedom From Religion Foundation launched the largest freethinkers billboard campaign ever to take place in the heart of the Bible belt. Signs reading “Imagine No Religion” “Sleep in on Sundays” and “In Reason We Trust” were to be placed throughout the city. (1) This Atlanta campaign is one of many attempts throughout the world to bring positive thoughts of atheism into public discourse. The London bus campaign a few years ago similarly sent hundreds of buses throughout England, Scotland, Wales, and Barcelona with the slogan: “There’s probably no God. Now stop worrying and enjoy your life.”(2) The £140,000 multi-media advertising campaign was designed to bring comfort in the probability that God does not exist, a positive contrast to religious advertisements meant to incite fear. The campaign also used quotes from influential voices who have shown that embracing atheism, or at least expressing skepticism about the existence of God, is freeing. One quote reads, “An atheist strives for involvement in life and not escape into death.” Another, written by 19th century American humanist Robert Ingersoll, notes, “The time to be happy is now!”

Reactions to campaigns such as these are generally mixed. With every sign, plans for additional advertising seem to pop up throughout the world. One slogan provoked strong reactions in Barcelona, where critics branded the words as “an attack on all religions.”(3) Christians in London were on all sides of the debate, with some offended—one bus driver refused to drive his bus—and others optimistic at the opportunity for discussion. Posters and billboards of this nature, says director Paul Woolley of the theology think tank Theos, “encourage people to consider the most important question we will ever face in our lives.”(4)

Christianity has in fact long been indicted as an emotional crutch for those unable to accept life’s difficult realities, those in need of an escape vehicle to take them to another world. To be fair, it is not an entirely undue critique. The Christian is indeed someone marked by an inability to accept the cruelties of this world as status quo. Like the prophets, Christians are well aware that this life marred by cancer, injustice, poverty, corruption, tears and death is not the way it is supposed to be. We live alert with the distinct notion that humanity was created for something more. Of course, the temptation, then, and one of the more severe misapplications of the faith, is to checkout of this world, living content in Christian circles, and ever-looking upward to better life. In such a scenario, one’s Christianity is indeed nothing more than wishful thinking, a philosophy wrenched from its founder and marched down an illogical road.

But do the growing numbers of atheists who insist that life without God is “freeing” not succumb to a similar temptation, making life and even death sound better than their own philosophies impart? If God is a farce and life is but rapidly moving time and the unapologetic force of chance, is “reassured” really a viable option? If there is no divine being, no creator of time, no one hearing prayers or answering the cries of injustice, can we really be comforted, unworried, even lighthearted about life as we know it? MacBeth was far more honest:

Out, out, brief candle!
Life’s but a walking shadow, a poor player,
That struts and frets his hour upon the stage,
And then is heard no more. It is a tale
Told by an idiot, full of sound and fury,
Signifying nothing.

Surely we can attempt to dress such a philosophy in beautiful robes, but in the end we will find it was all an act. Whatever our philosophies, whatever colorful billboards catch our eyes, we do well to follow them to their logical ends.

And thus, whether in the eyes of Christians or atheists, it is more than lamentable that belief in Christ has come to be seen as something for another world, a philosophy for another time, a religion that merely attempts to frighten us in the present for the sake of the future. For the Christian does not make her pilgrimage through the kingdom of God by way of escape vehicle, sounding sirens along the way. Quite the contrary, Christianity promises signs of this kingdom even now, a kingdom worth searching for as if searching for prized treasure or lost coins. We can live as people who have entered the kingdom in all its fullness here, and we can look to invite others to join us in all that we have found because it is good and there is more to come. Faith in God is not a source of worry, as the buses and billboards (and perhaps some believers) suggest, nor is faith in Christ an obstacle for enjoying life. Far from this, by faith the Christian is given a life truly like that of Christ’s—fully human, fully alive. And whether Christian or atheist, freethinker or fretting player, we must take care not to raise billboards that suggest something other than our philosophies impart.

Mary Did You Know... He Walked Where Angels Trod?
Marian Jordan Ellis

The Holy Spirit's Power and Our Effort
Francis Chan

Why Did God Create Us?
Ignite Your Faith

Does Jesus Require Me to Be Perfect Before He’ll Love Me?
Gloria Copeland
Follow Us
Grow Daily with Unlimited Content
Uninterrupted Ad-Free Experience
Watch a Christian or Family Movie Every Month for Free
Early and Exclusive Access to Christian Resources
Feel the Heart of Worship with Weekly Worship Radio
Become a Member
No Thanks