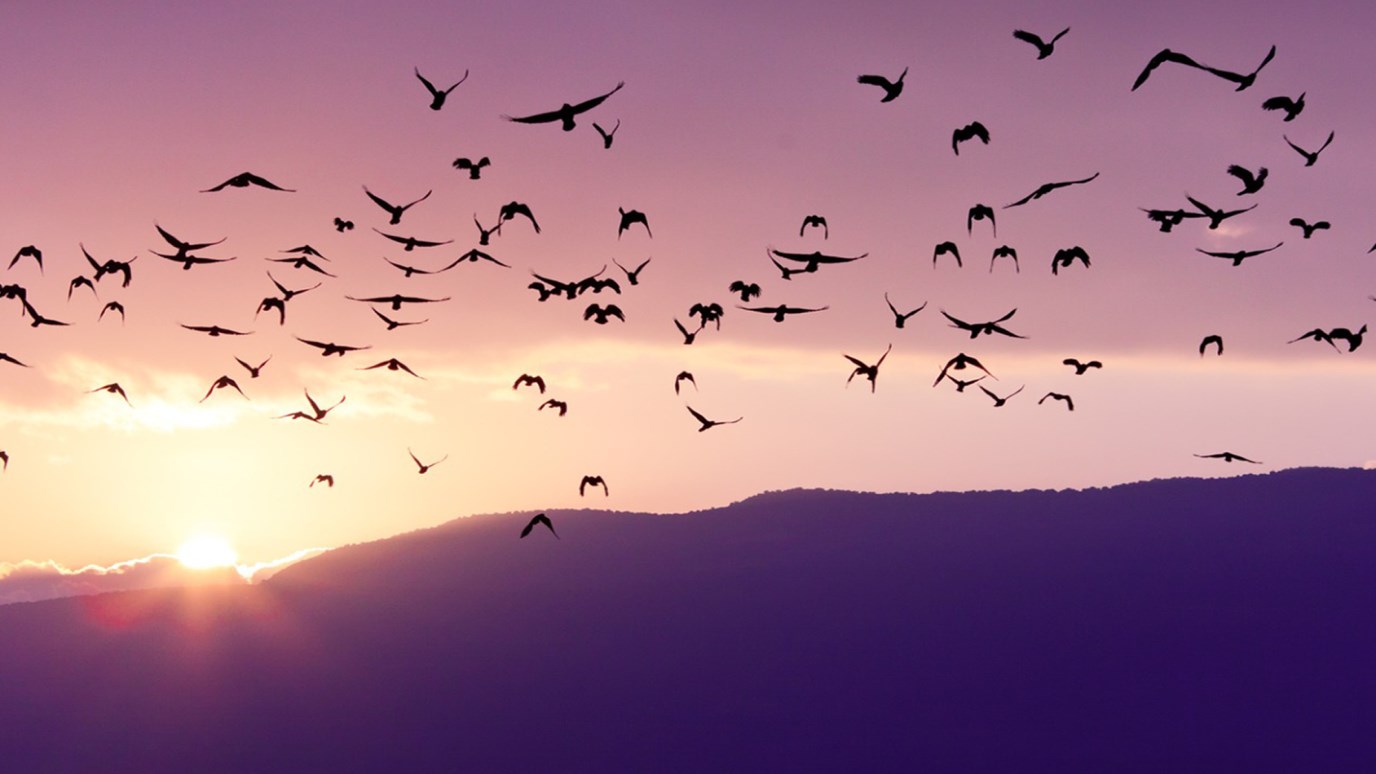 Jamie Hughes shares why the divine is in the details.

Let’s face it. We live in a hyperconnected society of digital downloads and instant messages. Reading has become a “skim and scan” affair, and conversations take place via text using letters and numbers. Shakespeare’s introspective “To be, or not to be” can now be whittled down to “2b? Nt2b.” Yes, the world moves more quickly than ever, with no sign of slowing. And this “faster is better” mindset has created a culture accustomed to looking at rather than seeing what’s around us.

In a 2001 article published in Empirical Study of the Arts, researchers reported that most museum visitors spend a mere 17 seconds examining a painting. That’s half the length of the average commercial, and barely enough time to sing the first two lines of “The Star-Spangled Banner.” Surprisingly, a painting’s popularity made little difference in the result, so not even enigmatic masterpieces like Vermeer’s Girl with a Pearl Earring or da Vinci’s Mona Lisa elicited greater attention.

You may shrug this off as inconsequential, but it’s a tremendous problem for believers. None of us are going to lose sleep if we can’t remember a magazine story, or wring our hands when we can’t summarize the evening news. But when it comes to the things of God, nothing is insignificant or unworthy of attention. His words and creations are “life to those who find them” (Prov. 4:22). God is waiting to speak through a river-rounded stone, a piece of artwork on a wall, and certainly His Word— and there is no limit to what He has to say.

Many of us have a tendency to gloss over crucial aspects of our faith, and sometimes with little remorse. That the crucifixion is one of those things should shock us, but if we’re honest with ourselves, how often have we looked at Jesus hanging on the cross in our mind’s eye without really seeing Him? It was the greatest example of mercy and grace the world will ever know. And yet we tell ourselves, There’s nothing new here, no reason to pay attention if I’ve heard it all before. I know I’ve been guilty of that response—my mind divided and filled with the world’s busyness. There were even some years when Jesus’ passion was only a passing thought on Easter morning as I rehearsed music written about what He endured on my behalf.

Last year, my husband and I decided to attend a Maundy Thursday service. When we walked in, we were met by stillness. The sanctuary, filled with warm stained-glass light, was hushed, as if the building was holding its breath in anticipation. The pecking sound of our heels on the wooden floor—something I’d hardly noticed outside—disturbed the pristine silence. Embarrassed, I took my husband by the hand, and we slipped into a nearby pew. We sat, saying little to each other as the tranquility of the place surrounded us, comfortable as a blanket. The occasional creak of someone settling in nearby, along with snatches of muffled conversation, faded into soothing white noise. All was forgotten when the singing began and the room was filled with what John Dryden once called “heavenly harmony.”

Throughout this somber service, the congregation read passages from the Gospels aloud and sang hymns to experience through song moments like Peter’s denial and Caiaphas’s inquisition. At the end of each portion of the liturgy, a candle was extinguished, and the light in the room grew a little fainter. As the choir performed “O Sacred Head, Now Wounded” in the growing dimness, I wasn’t simply hearing the words. I was experiencing them through my senses. In the darkening room around me, it was easy to imagine Jesus being “pale with anguish, with sore abuse and scorn,” to see “that visage languish, which once was bright as morn.”

Outside, afternoon had surrendered to twilight, and the sky was a bruised purple. Without the sun to fill them, the stained glass windows were cold and lifeless, and inky shadows crept into the corners of the sanctuary. Though it in no way compared to the “darkness [that] fell upon all the land until the ninth hour” (Matt. 27:45), the sparse light that remained felt heavy on my skin. By the time we finished singing the African-American spiritual “Were You There When They Crucified My Lord?” and the last candle was blown out, darkness made reading hymnals impossible. Like the songwriter, all I could do was “tremble, tremble, tremble” at the thought of what was taking place.

Jesus endured a kind of pain and suffering on the cross we can’t begin fathom. No depiction of what He endured can truly do justice to His experience.

The words and images were raw, and I mourned my Lord in melody. The Holy Spirit allowed me to experience the crucifixion in a way I hadn’t thought possible. In the middle of the service, I reread Matthew 27:27-31 as the choir performed “He Was Wounded for Our Transgressions,” and harsh, gritty words like stripped, scourged, and twisted came alive. I could feel their raspy syllables scraping my teeth as I muttered them under my breath. Mocked, with its spiked consonants, looked vicious enough to wound. It was in that moment a detail I’d never contemplated—one I had walked past many times without seeing—leapt off the page.

I have read of Jesus’ punishment many times and imagined it all—the texture and shade of the robe placed over His beautiful and bloodied shoulders, the sound of the whip lashing His flesh, and the crown of thorns piercing Jesus’ head as He was beaten. These are the wounds He suffered for my sins, the stripes that shed His blood and washed me clean of them forever. He bore them all, knowing they led to a still greater agony: separation from the Father.

Compared to these things, the spitting seems almost insignificant. Unlike everything else He suffered, this act didn’t cause Jesus physical pain or leave a mark on Him. Yet both Matthew and Mark were led to include the detail in their accounts, and at that moment, I understood why. It is not the gesture but the motivation behind it that makes the action agonizing to me. Spitting, especially in another person’s face, is a universal sign of hatred and disdain and therefore is considered taboo in many parts the world. Spitting is reserved only for someone loathed.

However, the scope of this moment makes it even more unbearable. The Bible tells us they “took Jesus into the Praetorium,” Pontius Pilate’s official residence, “and gathered the whole Roman cohort around Him” (Matt. 27:27). A cohort is composed of six centuria, which amounted to roughly 480 men. There is no way of knowing how many actively participated in Jesus’ scourging, but the cruelty He endured tells me volunteers for the assignment weren’t in short supply. The thought of Jesus being spit on, even by a fraction of them, is appalling. Without regret, these men covered Christ—Him who could call more than 72,000 angels to His defense—with so much more than their disgusting words. (See Matt. 26:53.)

Jesus endured a kind of pain and suffering on the cross we can’t begin fathom; no depiction of it can truly do justice to His experience. Yet He bore every element of it—including the filthy spittle of savage and merciless soldiers—for our sake. And “like a lamb that is led to slaughter, and like a sheep that is silent before its shearers . . . He did not open His mouth” (Isa. 53:7). When I saw a tiny piece of that truth and took the time necessary to unpack what it means, the crucifixion became something altogether new and heartbreakingly beautiful.

I know I’ll struggle for the rest of my life to understand the enormity of Christ’s sacrifice. It is like a massive canvas I can’t comprehend in a single sitting, so I return to sit before it time and time again in search of whatever the Lord wants to teach me. The magnitude of God’s wrath and the scope of His mercy are written in the broadest of brushstrokes and remain, for the most part, unfathomable. So, too, is Jesus’ spotless perfection and the agape love He expressed when He cried, “Father, forgive them; for they do not know what they are doing” (Luke 23:34). My soul simply cannot hold it all, but I’ll keep looking and seeing the only way I know how—one detail at a time.

Do Your Best
Boyd Bailey

Hand Me Another Basket: Filled with Goodness & Grace
Jeff Schreve