She And Her Family Were Afraid 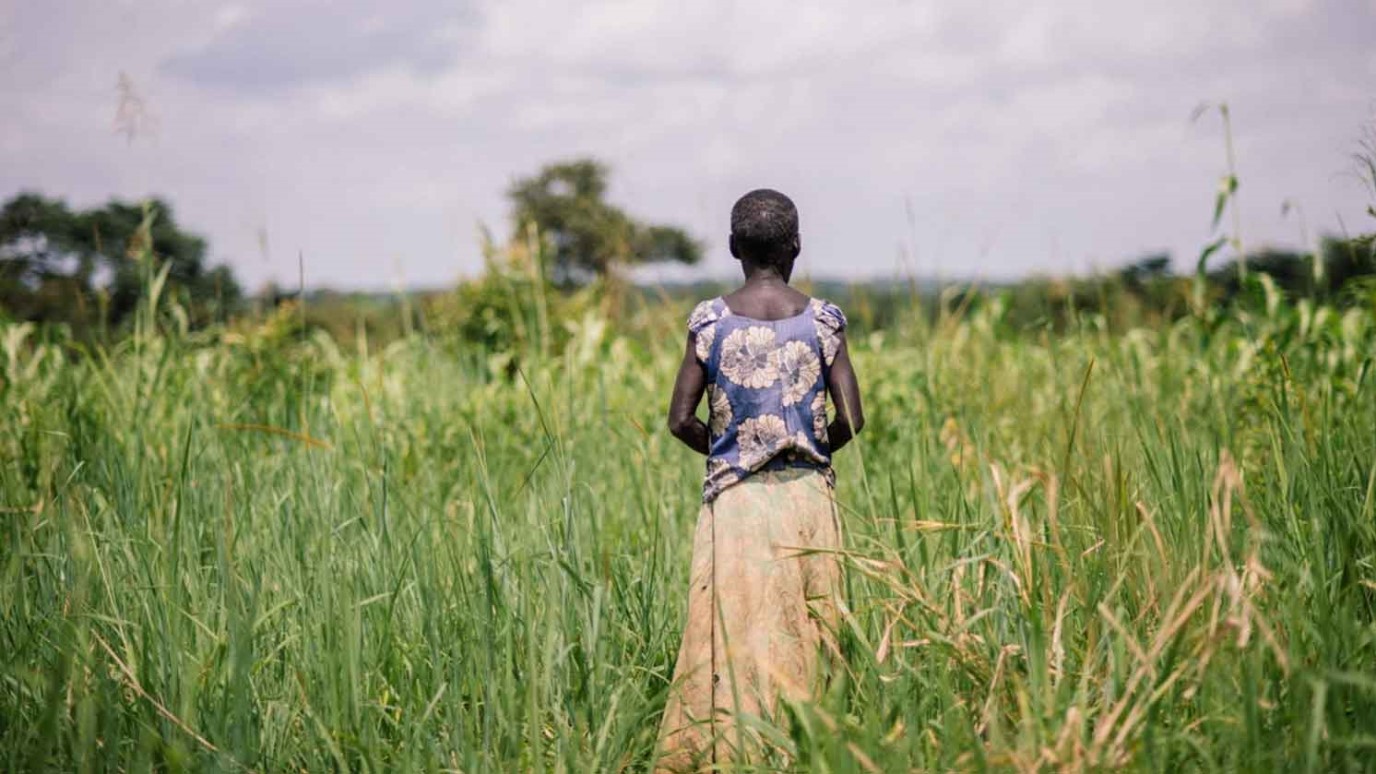 Their neighbors had taken their land and would do whatever it took to keep it—including violence.

Albertina is a frail grandma living in Northern Uganda. A decade ago, she and her family returned home from a refugee camp after a brutal civil war had torn apart the country. Her husband had died in the camp. All Albertina had left was her children and grandchildren and her piece of land. Or so she thought.

When she returned home, she found neighbors camped out on her plot. They refused to move.

Albertina knew why. They were there to steal her land. And they had spears.

For the poor in rural Uganda, a piece of land is all they have. It is where they farm and how they eat and how they keep their family alive.

But when a woman’s husband dies, her neighbors and family often believe that she no longer has a right to the land. They may threaten and even attack her to seize her property.

In this case, Albertina and her family—including 10 grandchildren—were depending on this piece of land. The neighbors didn’t budge, so Albertina carved out a small space on the edges of her rightful property for herself and her family.

She told the police, who arrested the neighbors, only to release them shortly after. The neighbors were furious.

And for the next eight years, Albertina was afraid. She and her little grandchildren were threatened countless times—with spears. Anyone who came to visit was bullied away. Her neighbors were powerful and threatened to make her life terrible by falsely accusing her and her relatives of crimes. At one point, Albertina was even thrown in jail on false charges.

Meanwhile, at school, the neighbors’ children would bully and pick fights with Albertina’s grandchildren.

Finally, in 2014, another widow told Albertina about IJM. Albertina tracked down an IJM staff member at a local training, and soon became our client. Now, she was no longer alone.

IJM was able to pursue her case, provide food for Albertina’s grandchildren and guard their hut. Your support has enabled IJM to stand with Albertina as the fight for her land continues.

Said Albertina, “I think that if IJM had not intervened on the land case, they would have chased us. I own nothing of value except for the land.”

“When we first met Albertina, she was hopeless,” IJM Gulu Director of Aftercare Josephine Aparo said.

On Jesus' Side for the Poor
Rich Stearns