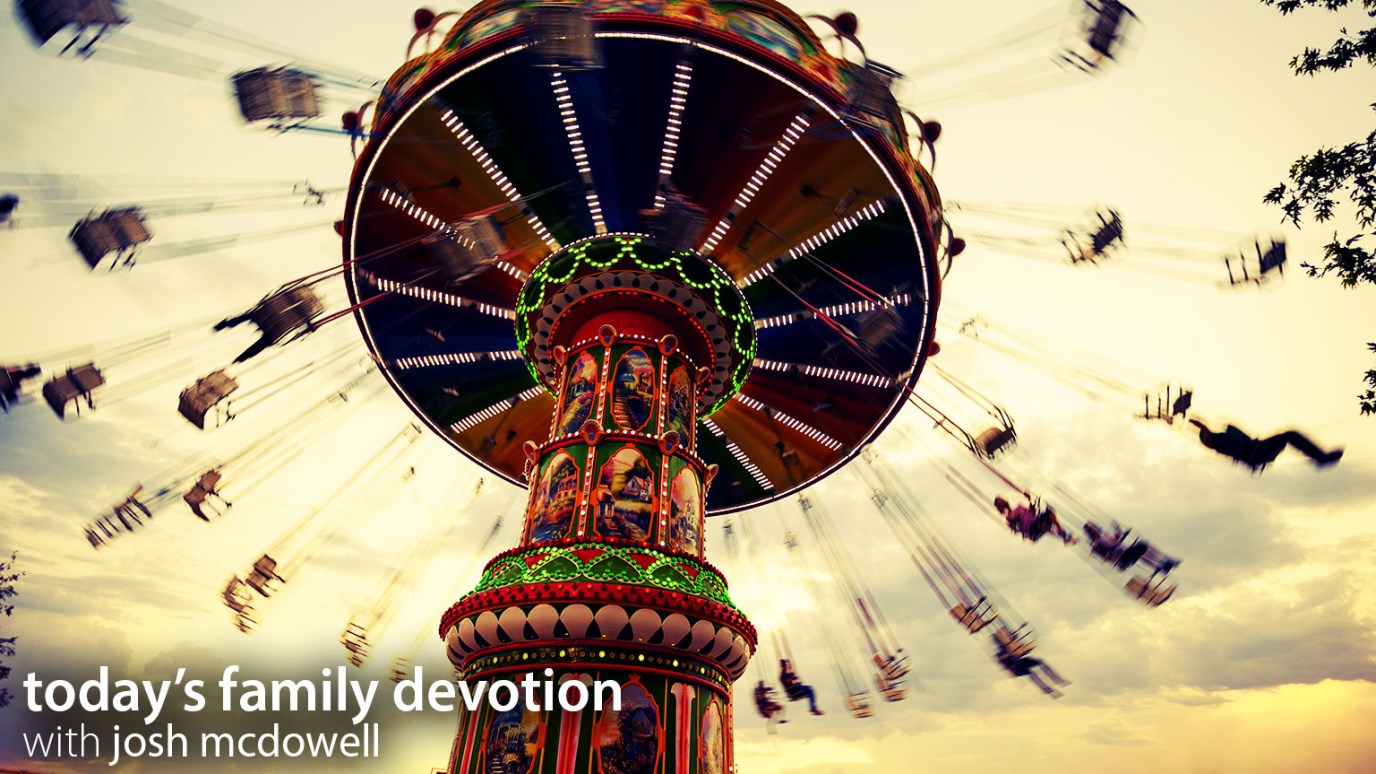 Making excuses means you want to do what you want instead of doing what God told you to do.

Verse of the Day: “Give generously to those in need, always being ready to share with others whatever God has given [you]” (1 Timothy 6:18).

Miguel loved going to the carnival. He loved all the carnival sounds, smells, and tastes.

He jingled the coins in his pocket. A boy approached, carrying a long plastic tube that he whirled to make a high-pitched noise. Miguel turned to his friend, Victor, who walked along the fairway beside him.

“I am going to get one of those,” he told Victor.

“I want one, too” Victor said.

“How much money do you have?”

Victor stopped walking and counted his coins. He was just a few cents short of the amount needed. He looked disappointed.

Miguel started walking faster, trying to ignore Victor’s sad expression. It’s my money, he told himself. I can spend it any way I want. Besides, it’s not my fault that I have enough but Victor doesn't.

The two boys caught up to the man with the tubes and waited while he made change for another customer. Miguel noticed that the tubes were available in two sizes: the giant size that the other boy had, and a smaller size, which cost less. He knew he and Victor had enough money together to buy two small tubes, but he wanted one of the giant ones for himself. I will share my toy with him, he told himself and will let him play with it sometimes.

But suddenly Miguel remembered what his father once told him. “Whenever you find yourself trying to convince yourself why it’s OK to do something, you need to stop and listen to what you’re saying. You’re probably just making excuses to do what you want instead of doing what God has already told you to do.”

Miguel sighed. He didn't want to share with Victor. But he knew that it would be better to share his money with his friend, so they could each buy a tube, than it would be to buy what he wanted.

“Can I help you?” the man with the tubes said to Miguel.

Victor’s mouth dropped open and he dug into his pocket for his money. Miguel suddenly knew that the expression on Victor’s face was worth more than all the plastic tubes in the world.

TO DO: Make it a family project to practice generosity by giving something away every day this week. For example, you can give away clothes, toys, loose coins, a smile, and a kind word.

TO PRAY: “Lord, when we’re tempted to be selfish, remind us of how you generously gave yourself for us.”